South Carolina Politician Joined The Klan For A While, Wasn't Super Into It 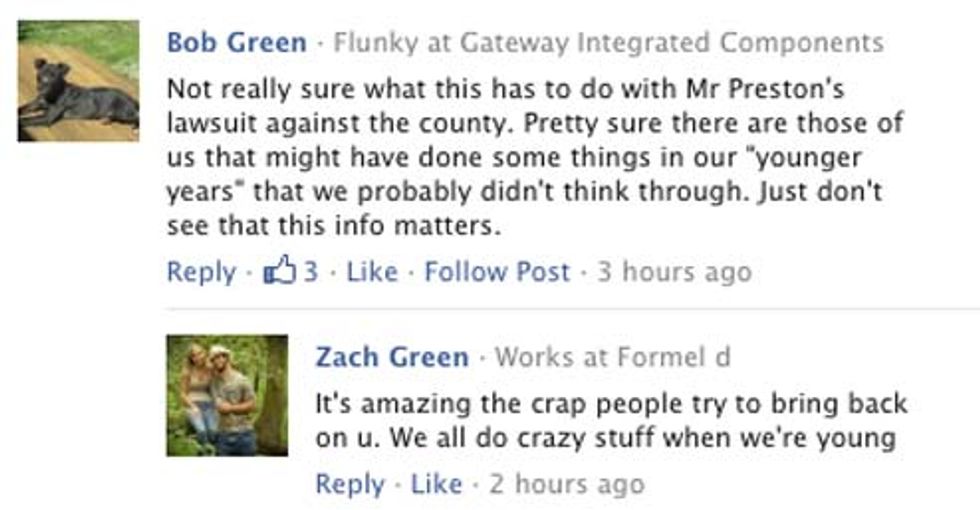 You know how it goes: you're young, you're questioning a lot of things, you're working as a sheriff's deputy in South Carolina, and you're open to some "out there" ideas! Why not experiment with eastern religions? Why not drop some acid? Why not join the Ku Klux Klan? That's the sort of thing that might come back to haunt you, though, if you later grow up and become a county councilman. Or not, we guess? Eddie Moore's local political career seemed to be going OK until he had to testify under oath in a lawsuit between the county and its former administrator (side note: this lawsuit is almost certain full of vicious recriminations, we bet it makes for good local drama), which apparently resulted in some awkward Klan-related questions. Why did Moore eventually leave this racist terror group? Was it because he realized that its hatred was a cancer eating away at American society? Or was it because it was boring and lame?

Our only evidence is his testimony from the lawsuit, during the course of which Moore was asked under oath about his Klanish ties:

"Mr Moore, have you ever told anyone that you have an affiliation with the KKK" asked attorney Lance Davis.

"Not that I recall," answered Moore.

Davis: "Do you have an affiliation?"

Moore: "Back in my early younger days."

Davis: "Can you define younger days?"

Moore: "Probably as a teenager"

Davis: "When did you discontinue that affiliation?"

Moore: "It probably lasted a couple of years"

Davis: "Were you a member?"

Davis: "Did you participate in any sort of ceremonies?"

Moore: "No, I don't remember a ceremony, no. I went to a few meetings, and that was the whole gist of it."

Davis: "Were there cross burnings?"

Moore: "I never went to a cross burning."

Moore: "I don't recall owning a hood. I went to some meetings and that was it."

Yeah, we'd think that that owning a fucking Klan hood would be the sort of thing you remember, but maybe we're wrong. Do they give you a hood, do you think, or do you have to provide your own? Or are you expected to browbeat your white gentile woman into sewing one for you, out of your nicest curtains?

Anyway, we can see why Moore quit the Klan, because it sounds like a bunch of bullshit. No ceremonies, no hoods, no cross burnings, just a bunch of meetings, which, if you've ever been to a meeting of any organization ever, you know are dominated by the two loudest/stupidest people there, and everyone whines about how nothing ever gets done. It's the sort of thing that makes you realize that it's not just the blacks and the Jews and the Catholics you hate, it's people, ugh, God, why won't they shut up, are we going to go burn a cross somewhere or what.