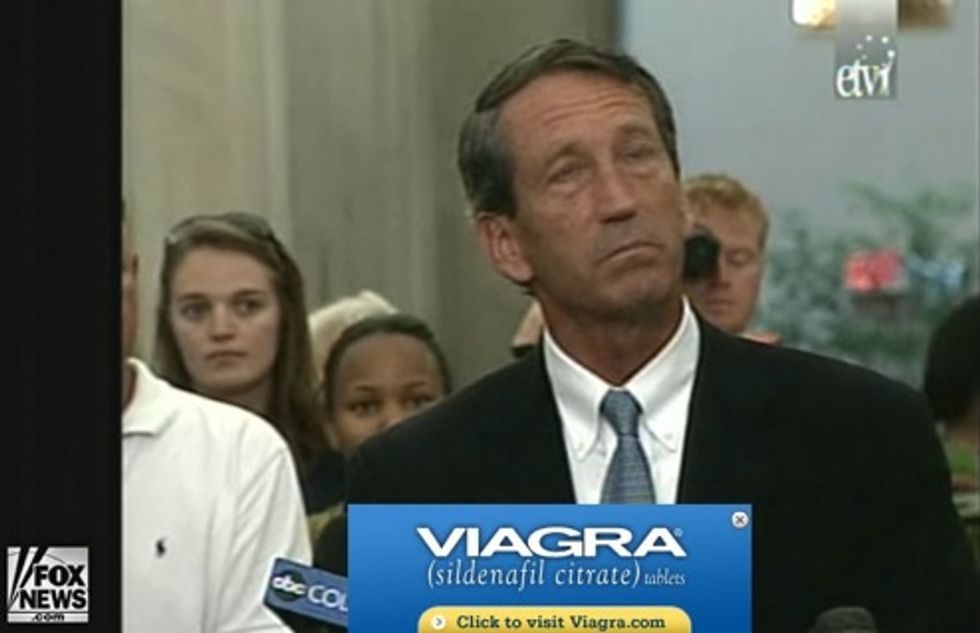 Ever gotten one of those wacky "trivia for reading on the toilet" sorts of books for your birthday, the kind that says, "an antiquated law in Missouri dictates that anyone who puts a mule in a bathtub must be publicly flogged"? Here is another bit of trivia you might find in such a book: apparently South Carolina decreed in 1880 or so that adulterers must pay up to $500 in fines and serve a year in jail.

So, obviously, Governor Sanford should be prosecuted to the fullest extent of the state law and spend a year in the clink for his sex shenanigans. Except:

A spokeswoman for the State Law Enforcement Division says the agency can't waste limited money on trying to prosecute or arrest Sanford on such a charge. Jennifer Timmons notes there are murderers and other violent offenders to pursue.