South Carolina: Sorry Your Partner Beats You, Too Bad You Can't Stand Your Ground 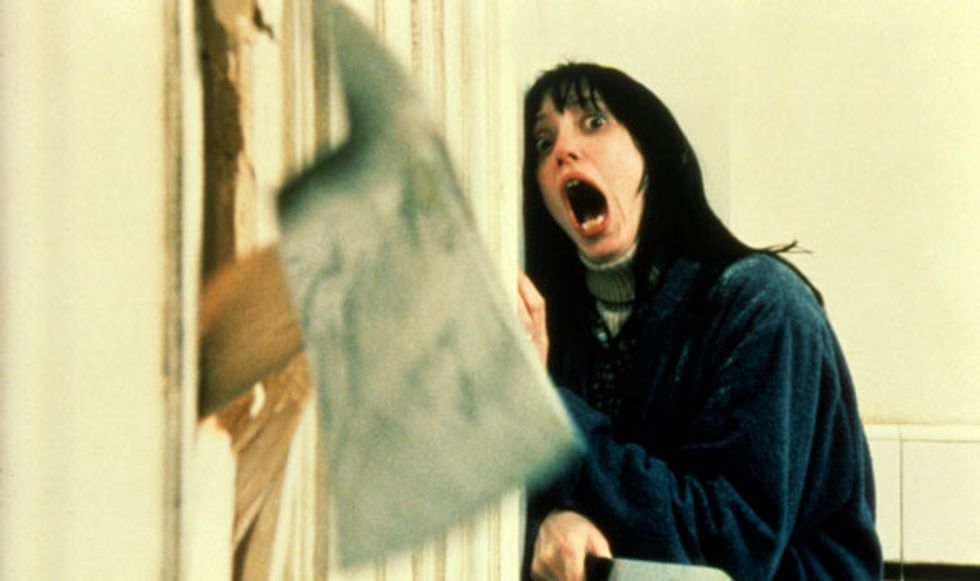 Hey there, South Carolina! How are you making life in your state feel like a Beckett play today?

In the cases of women who claim they feared for their lives when confronted with violent intimate abusers, prosecutors say the Stand Your Ground law shouldn’t apply.

Not even if a woman is standing her ground in the kitchen, which we know is a woman’s natural habitat?

This issue is in the news because of the case of Whitlee Jones, a South Carolina woman who stabbed her boyfriend, Eric Lee, to death in 2012. The stabbing was preceded by a violent incident in which Lee dragged Jones down the street by her hair and later blocked her exit when she packed her things and tried to leave their apartment. A judge recently granted Jones Stand Your Ground immunity from a murder charge.

The ruling has upset prosecutors, who are appealing it on the theory that the South Carolina legislature intended Stand Your Ground to apply to people in their own homes against outside intruders, but not against a domestic partner who shares the residence. Which is where most domestic violence takes place. Sorry, victims of domestic violence! Try just sucking it up and taking the beating, we guess.

South Carolina also has a self-defense provision under the Castle Doctrine that allows for deadly force against intruders, but the state Supreme Court recently ruled it could not apply to people who share a home. So basically, prosecutors are saying Jones had no legal right to use force to protect herself in her own home from a boyfriend who was being violent with her and physically trying to stop her from leaving said home. Which is too bad, because then maybe South Carolina would not have a death rate of one woman every 12 days at the hands of a domestic abuser.

Normally yr Wonkette thinks Stand Your Ground laws are terrible because they are so easily exploited, as we are reminded every time George Zimmerman threatens to kill someone. But in this case, we’ll make an exception every 12 days if it helps reduce South Carolina’s domestic violence rate.

In the meantime, we guess South Carolina women should take a lesson from Marissa Alexander in Florida, who got 20 years in the pokey for firing warning shots at her allegedly abusive husband. Ladies! He hurts you because he loves you, so put some ice on those bruises and get to work cooking dinner. Try not to get any blood on the food.