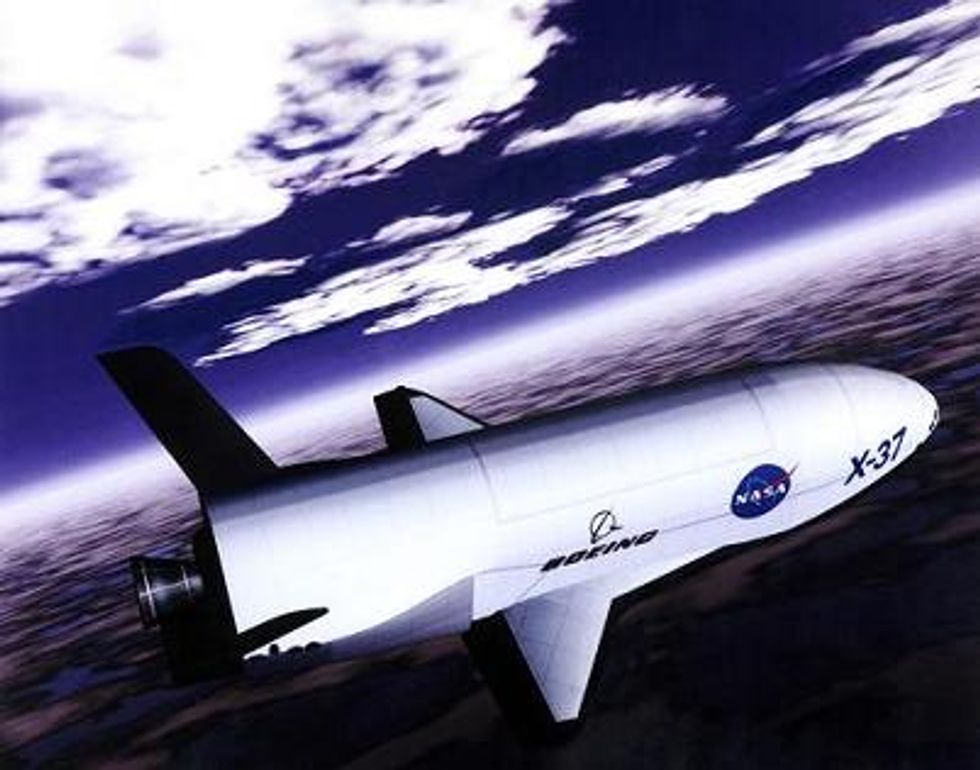 We are not always kind to NASA -- because come on, most of those people couldn't even hold a job at the Jiffy Lube -- but today's launch of Discovery went off without a terrible explosion killing everyone aboard. And that's something, for NASA! Plus, this is the fourth-to-last Space Shuttle mission, ever. No more incredibly expensive launches of this 1970s beater for the purpose of going around in circles in low-earth orbit, not after the final mission this Fall. Oh yeah, and did you hear the shuttle is being replaced by a super-cool Shadowy Robot Shuttle?

The X-37 is one of those mystery projects talked about for years, but never known to officially take to space. This month, the Air Force says it will launch the thing inside an Atlas V rocket and let it loose. It will do whatever robots do in space -- "kill people" is the big fear -- and then come through the atmosphere on its belly and glide to a landing in the Mojave. No astronauts necessary ... not that they're really necessary on the current space shuttle.

DARPA and Boeing's Phantom Works and the "Other Air Force" are doing crazy, awesome and also terrifying stuff. Just read this!

This new robotic space shuttle, the X-37, is the length of a pickup truck and just cool as hell. It can carry "small payloads" such as satellites and scientific equipment and robotic death bombs to rain down upon the Earth, the end. [Christian Science Monitor/Information Week]