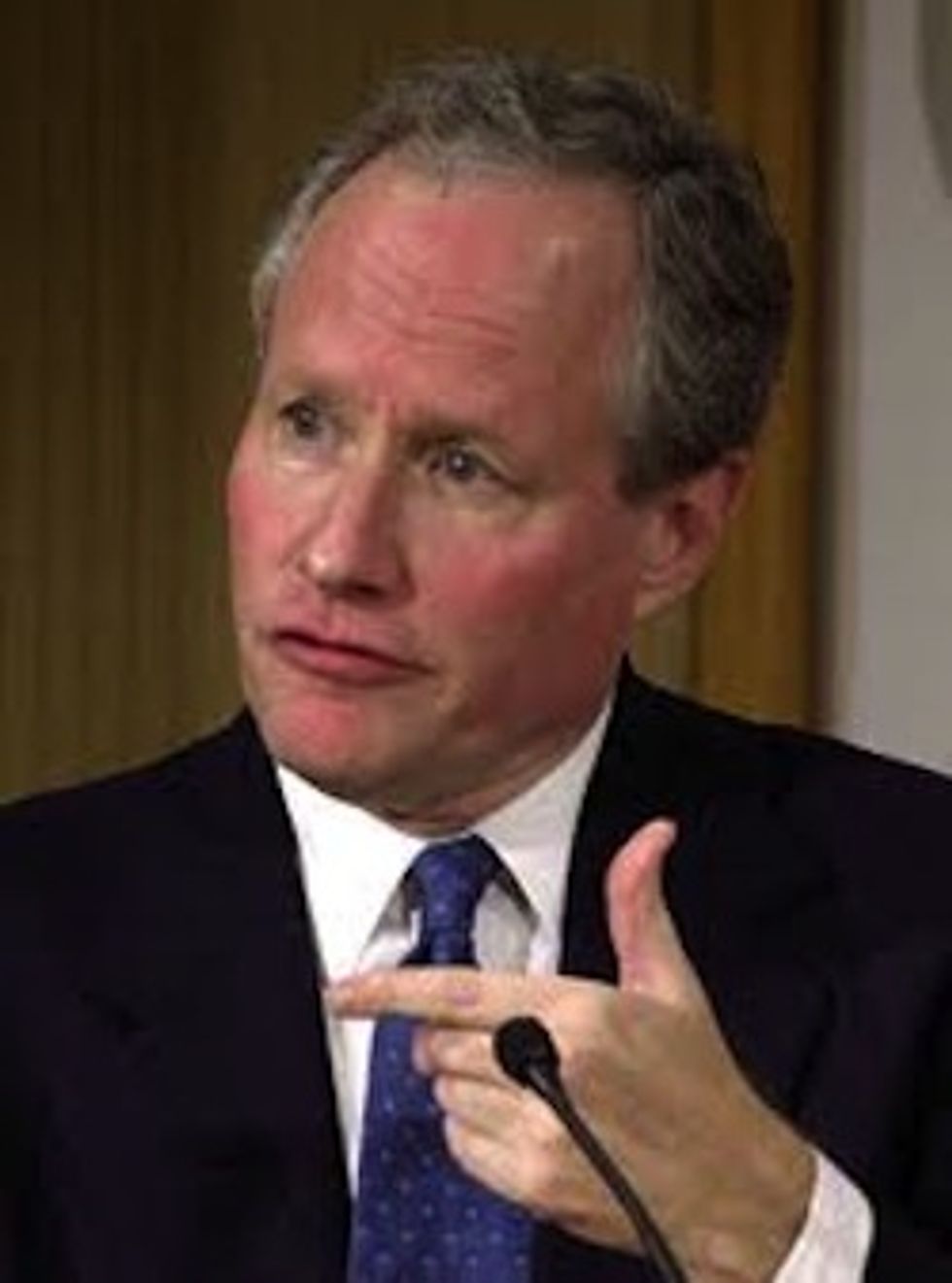 Mouth-breathing uber-moron Bill Kristol came from nothing, absolutely nothing, to pull himself up by his own diapers and build his illustrious career as one of the most prominent Being Wrong About Everything Ever Always columnists in history. Which is why he feels completely vindicated in mocking those dumb Democrats who are always using their family connections to advance their careers, which is something no conservative, and certainly not Kristol, has ever done.

What is Bill trying to say here? It isn't clear, because it's hard to suss out what he's talking about unless he's saying BOMB ALL THE THINGS. But we're guessing this is his sad attempt at some sort of joke that Decadent Liberals (catchy name!) are always pretending to make it all on their own, even though everyone knows they'd be absolutely nowhere without their famous family names. Like the sons of George H.W. Bush. And like ... um ... the son of "godfather of neo-conservatism" and famous columnist Irving Kristol. Those examples don't count, of course, because it's unpatriotic to make fun of the Bush family or the Kristol family.

Michelle Obama, on the other hand, is HI-larious! And have you heard about that opportunist Hillary Clinton, who was an absolute nobody (except for being valedictorian when she graduated from Wellesley College, and then going on to Yale Law School), but obviously her own hypothetical smarts and ambition don't count because she is George Dubya Bush basically, but with better family connections.

Bill Kristol, on the other hand, who coincidentally grew up to also be a neo-conservative columnist just like his daddy, did it all on his own. Really. No help or advantages from his family name whatsoever. That's why it's quite obvious to Bill that if Michelle Obama were to run for office, it would be another attempt to continue Obama family dynasty that has long ruled America.

Really, you Democrats who can't make it on your own without your family name should take a lesson from Bill. He's his own man and always has been. When he decided Sarah Palin was the best thing to happen to the Republican Party since Dan Quayle -- whom Bill worked for because he really liked those intellectual types -- he didn't have the benefit of his family name to give him any credibility. He didn't need credibility at all! Why can't Democrats be more like that?