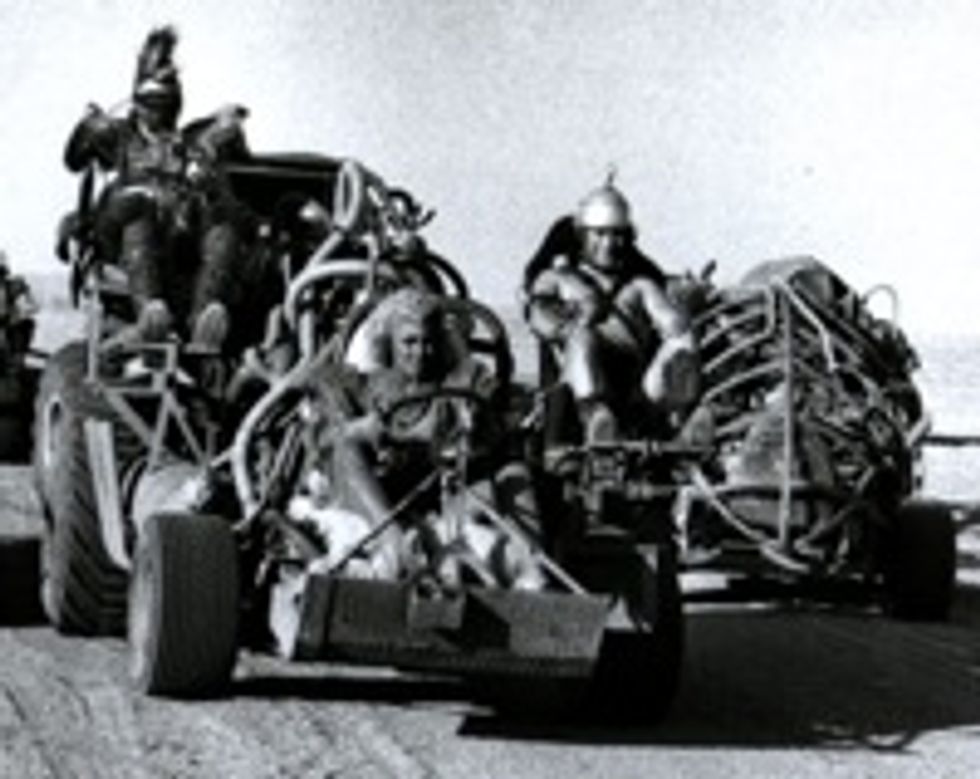 Democratic rabble-rousing hooligans who cause a ruckus at the National Convention next week will get thrown into tiny chain-link holding cells like common animals and held in an abandoned warehouse/Thunderdome until the apocalypse comes, when they'll be drafted into gladiatorial combat. Hurrah!

This temporary jail will also be used to "process" anybody arrested on the east side of the city during convention week, so angry Code Pink protesters will be rubbing elbows with toothless bums who just want an air-conditioned place to rest for a few hours.

In sum, thank Christmas your Wonkette editors all have those new wireless card jobbies so that they will be able to post from jail, just like Martin Luther King Jr.