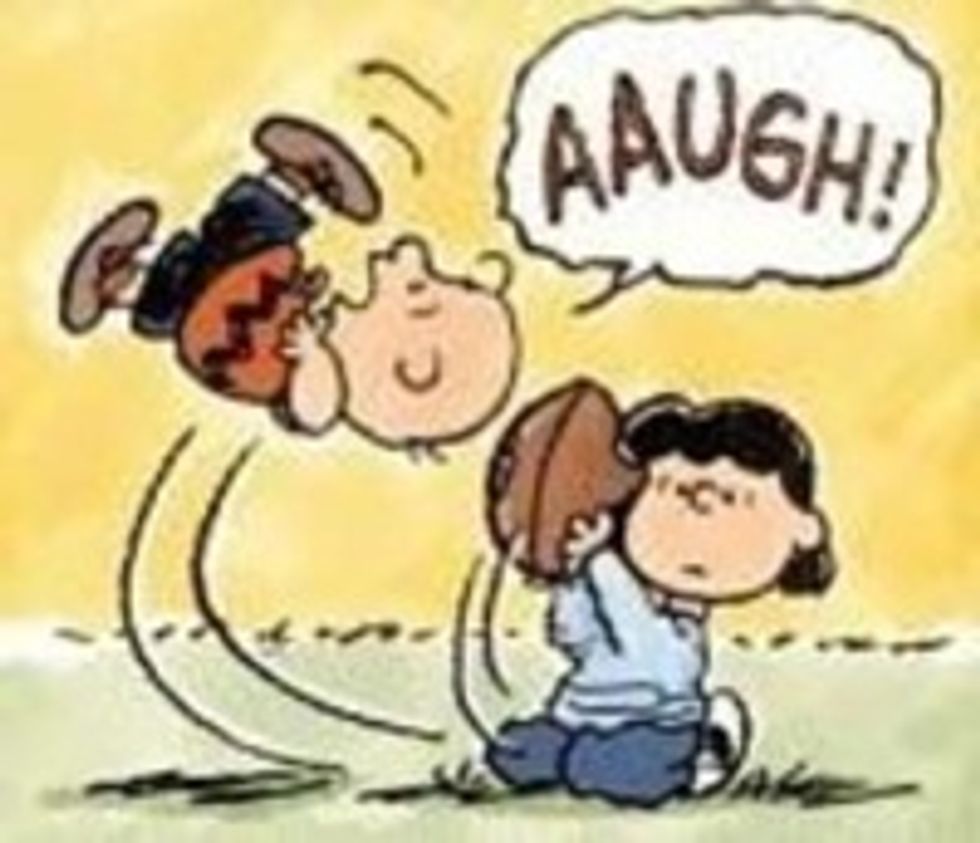 Senator Arlen Specter, the newly minted Democrat from Pennsylvania, is officially one of the most junior members of the five Senate committees he sits on, even though he's a million and a half years old and has spent a million of those years as a senator. The Senate voted unanimously to strip him of his 30 years of seniority accumulated as a Republican because, ha, he is not a Republican anymore.

Presumably when Specter was negotiating with Joe Biden and whoever else about becoming a TRAITOR to the Republican cause, this was a fairly big question: whether or not he'd be kicked down the ladder and treated like a freshman loser. Because Specter, you might recall, was once a pretty powerful Republican, with his whole Judiciary Committee chair and all. And he certainly believed he would retain his standing in the Senate, given that he blabbed all over Meet the Press about how of COURSE he would not have to start all over as a Democrat.

Now he chairs nothing and will be among the last to ask questions in committee hearings. This not only sucks for Specter, but also for his re-election chances, as one of his big aces in the hole with Pennsylvanians was that he was old and powerful enough to secure lots of goodies for his beloved state.

Now he is just some schmo, and, presumably, INFURIATED.

So why would the Democrats be such dicks? Coupla things: Number one, there's no way of knowing if the people who "guaranteed" Specter continued seniority if he switched sides were actually the people who would later vote on this decision (i.e. Biden vs. Senate Democrats); number two, Specter already pissed off his new colleagues by saying he wouldn't be "a loyal Democrat" and declaring that Republican Norm Coleman should return to the Senate; and number three, if you were a Senate Democrat sitting on a committee with Specter, would you really want to give up your own seniority so that ol' Douchey McTurncoat could have a fancier seat at the table?

Harry Reid's spokesperson says that the Senate may revisit this decision in the next Congress, which starts up in uh JANUARY 2011, so Specter has lots and lots of time to prove that he is in fact a "loyal Democrat" and capable of winning re-election in Pennsylvania, even though he is now one of the most powerless Democrats in the whole Senate.

(Putting aside that "sixtieth vote" thing, of course.)