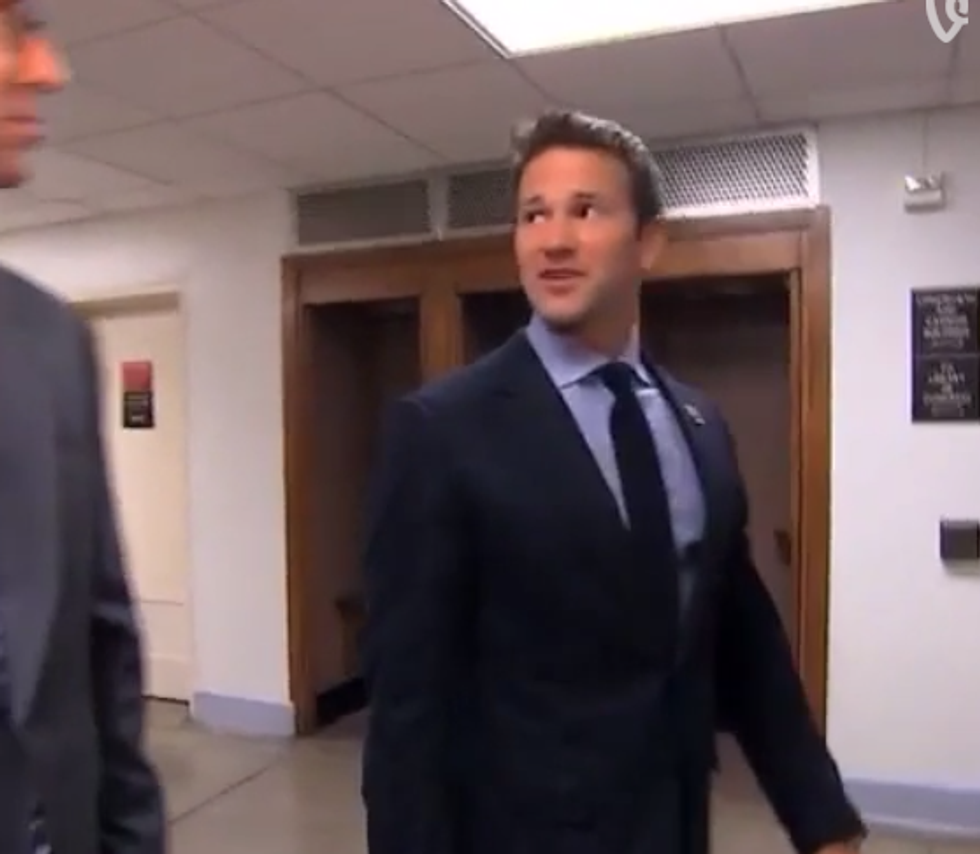 Hello, it is Thursday, which makes this DAY THREE of me being your official Wonkette president of talking shit about Aaron Schock -- if my guidance counselor could only see me now! Okay, so you'll remember that Illinois's wingnut congressman with the hawt nipples started the week in a big gay pickle due to his new office being completely redecorated to look like the Red Room from Downton Abbey. Everybody was like "that's not gay at all," but then YESTERDAY, a nice little liberal group called CREW was like "ethics violation, really really gay ethics violation, NO FREE SCONCES, those are the rules!"

Well, Aaron has responded by channeling his favorite spirit animal, Taylor Swift. Haters gonna hate, hate hate, hate, and also hate, says Aaron, speaking while having perfect abs buried underneath a perfectly tailored suit. If all straight men from Peoria are like this, you should move there, ladies! Watch this TRULY MESMERIZING Vine thingie about fifteen times, until it is burned into your very soul, and then meet me below for some hard-hitting analysis: