Stalkers! Lady Beaters! Come To Michigan And Pack All The Heat You Can Handle! 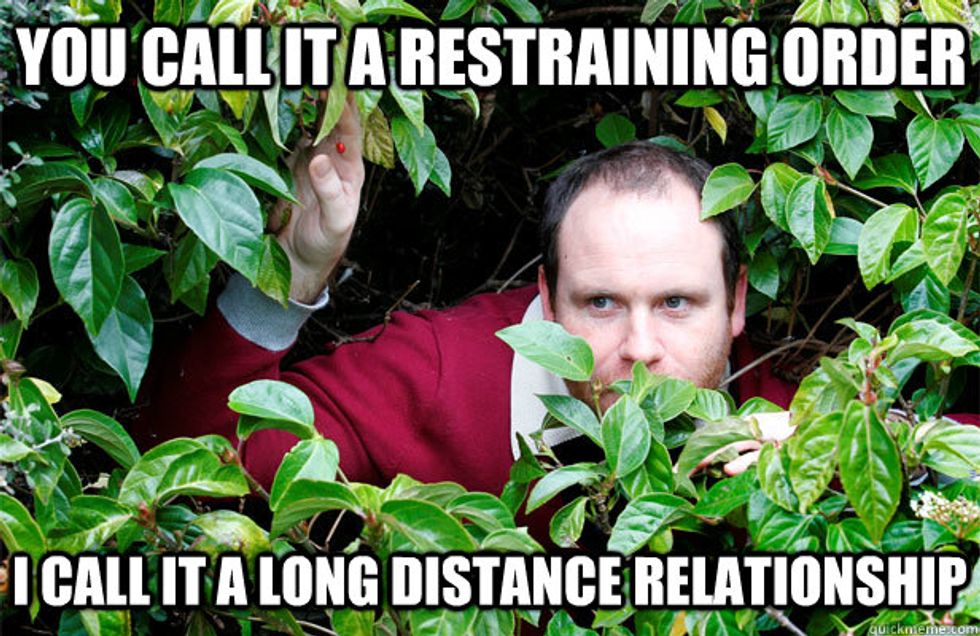 Just when you think that maybe America is no longer the bastion of freedom and individual liberty you thought it was, along comes an inspirational freedom-expanding development like this new Michigan law awaiting the signature of Gov. Rick Snyder. The bill would:

In addition to increasing the freedom of spouse abusers and stalkers to arm themselves and protect the nation from a tyrannical out-of-control federal government, the bill also disbands the county weapon licensing boards that currently issue concealed-carry permits, and would turn the issuance of permits over to county clerks, making Michigan a true "shall issue" state and ensuring that no local authorities slow down the process of getting as many guns into the hands of as many people as possible.

The law also introduces some other efficiencies, like reducing the fees for a CPL and allowing applicants to "certify that he or she has completed educational and firing range requirements" -- while also barring county clerks from any freedom-hating attempts to require verification of those claims. But there are also some very tough enforcement provisions added, too, like requiring applicants to have a state-issued photo ID, which certainly offsets the requirement that stalkers and domestic abusers be allowed to have concealed weapon permits.

And predictably enough, a bunch of nanny-state worrywarts are whining that this is somehow a bad idea, as if someone who was the subject of a protection order were somehow threatening to women. Kathy Hagenian, the executive policy director of the Michigan Coalition to End Domestic and Sexual Violence, said, “Putting firearms in the hands of domestic violence perpetrators is dangerous; removing commonsense protections is dangerous,” and urged Snyder to veto the bill. As if! Why does she hate freedom?

The bill was sponsored by Republican state Sen. Mike Green, who apparently wasn't even aware of the provision protecting stalkers and spouse-beaters, according to the Detroit Free Press:

Green initially told the Free Press he wasn't aware of the provision related to personal protection orders, and that it was his understanding people subject to PPOs would not be able to obtain concealed weapons permits under his bill.

But that's not what the bill says, and the provision opposed by Hagenian was highlighted in legislative analyses of the bill going back to November.

You might almost think that maybe the bill was carefully crafted by the NRA or something -- as was Green's explanation of the guns-for-abusers provision, once he'd finished checking with his office, of course. After all, just because someone is threatening enough to warrant a protection order, why would you want to restrict their sacred constitutional right to pack heat, if the judge doesn't specifically say so?

Asked if it's legitimate for advocates for victims of domestic violence to be concerned about the change, Green said, "you can make a mountain out of a molehill," and some groups that are philosophically against the bill will look for specific items to oppose.

You know how victims of domestic violence are -- so irrationally jumpy and worried about getting beaten or shot to death that they have no regard for their abusers' basic rights to self-protection.

[contextly_sidebar id="Fzyh3bE2kFtgjPK4KCdeMGYbd3sgiXgu"]Aware that headlines reading "NRA Wants Domestic Abusers To Have Guns" look bad, the National Rifle Association has previously been slightly willing to compromise on Washington and Louisiana laws that barred subjects of domestic violence protection orders from having guns. But this Michigan law was quite different, apparently, because the NRA found a state legislature that was willing to push for wider availability of guns. No need to compromise when you can get a win. Last fall, South Carolina Gov. Nikki Haley was similarly happy to let domestic abusers have guns, because you fix domestic abuse through love, not by taking guns away from potentially violent people. Let's hope that Michigan has lots of love.

Also too, a quick update on something we mentioned yesterday: Set your DVR's to catch PBS's new Frontline documentary, “Gunned Down: the Power of the NRA," which airs Tuesday in most markets. We suppose you could even watch it as it airs! Yesterday, we said that PBS hadn't made an advanced copy available for us, but as it happens, almost at the moment that story posted, the nice folks at WGBH Boston sent us an email with a preview code, and so we can say with complete confidence that you should check it out. Here is an excerpt, for those of you who like to groove on Will Lyman's iconic narrator voice:

Our only criticism would be that the documentary barely scratches the surface in its discussion of the NRA's ability to influence legislation at the national level. It doesn't get into the even broader control the NRA has in many state legislatures, which is how we got this Michigan mishegas. But it's a very good overview and well worth watching, even though viewers already familiar with the Gun Wars may not find much that isn't already sadly familiar. And yes, Frontline, that's us asking for a sequel.