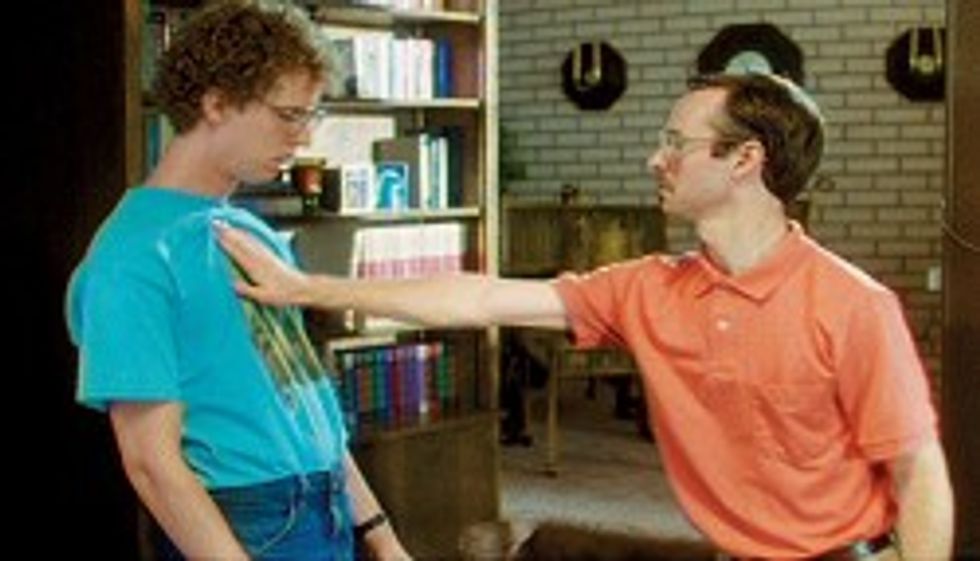 Just look at overgrown leather briefcase John Boehner making a shameful display of his mathematical prowess during a Fox News interview like he doesn't even know that the viewers at home are going red and puffy in the face trying to follow along with a simple calculation of odds: “I would say that there is a two-in-three chance that we [the Republicans] win control of the House again but there’s a 1-in-3 chance that we could lose." Good job, professor! But ...wait, no, hang on, Steny Hoyer must needs make note of some errors in the department head's equations here, since this is his salaried job, to check John Boehner's math.

Oh yes, it seems that John Boehner forgot to carry the infinity give or take in his calculation of how much the Republican House members suck. Correct him in a nasal voice, Steny:

"I think there's a higher chance than one-in-three," Hoyer said during his weekly press briefing in the Capitol. "At best, from his perspective, it's 50-50."

That is one route of critique. Debbie Wasserman Schultz has another, as a contribution to this academic debate, which is merely to ridicule John Boehner for publicly admitting to doing math, like a weakling.

"How rare is it for a Speaker to suggest — I can tell you that [former Speaker] Nancy Pelosi [(D-Calif.)] would never have suggested there was a possibility we would lose," Wasserman Schultz said.

Shut up, all of you.

Is anyone in Congress doing any actual work whatsoever? Oh look, the Senate Commerce Committee held a hearing today. What was that about?

"Year-in, year-out consumers face rate increases for pay TV that are rising faster than inflation," said Rockefeller at a hearing on how online video platforms are affecting the price of television. "We are paying for so many channels, though we only watch a few."

Oh good. Nice to see Homer Simpson's petitions to Congress finally got through. [The Hill]