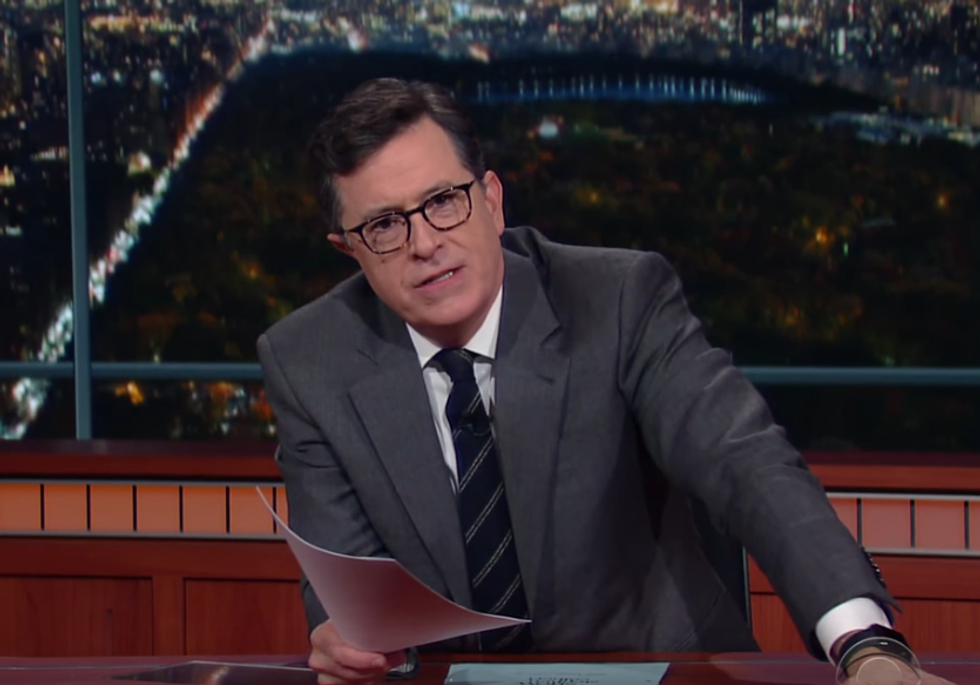 Guys, we think Stephen Colbert has found his "Late Show" voice. Wednesday night, he went all out, going after the assorted morons, paste-eaters, conspiracy theorists, Russian tools and future national security advisors named Michael Flynn responsible for the flood of bullshit propaganda that's literally making America dumber, helping us just barely elect tyrants, and inciting know-nothing freaks to shoot up pizza places in DC, because they think Hillary Clinton and John Podesta are banging children in basements that do not exist. Sneaky Hillary, doing child sex rings in basements you literally can't go to, because they're not there.

Oh yes, Colbert told the story of #PizzaGate up one side and down the other, naming Alex Jones, Wikileaks, the untouchable virgins who populate Reddit conspiracy threads, and oh yeah, he went straight after Michael Flynn and his idiot son too, telling them all, and we quote, to "GROW THE FUCK UP." Hell yeah, he said that on the television! We are always telling you to WATCH THE VIDEO, but you'll really want to spend 10 minutes on this. Shall we have video time together, and after the video, we'll tell you all our favorite quotes from it? OK!

Here are the best quotes from this entire video:

Again, watch the whole video, 'cause we said so and we are your real dad, according to John Podesta's pizza emails.