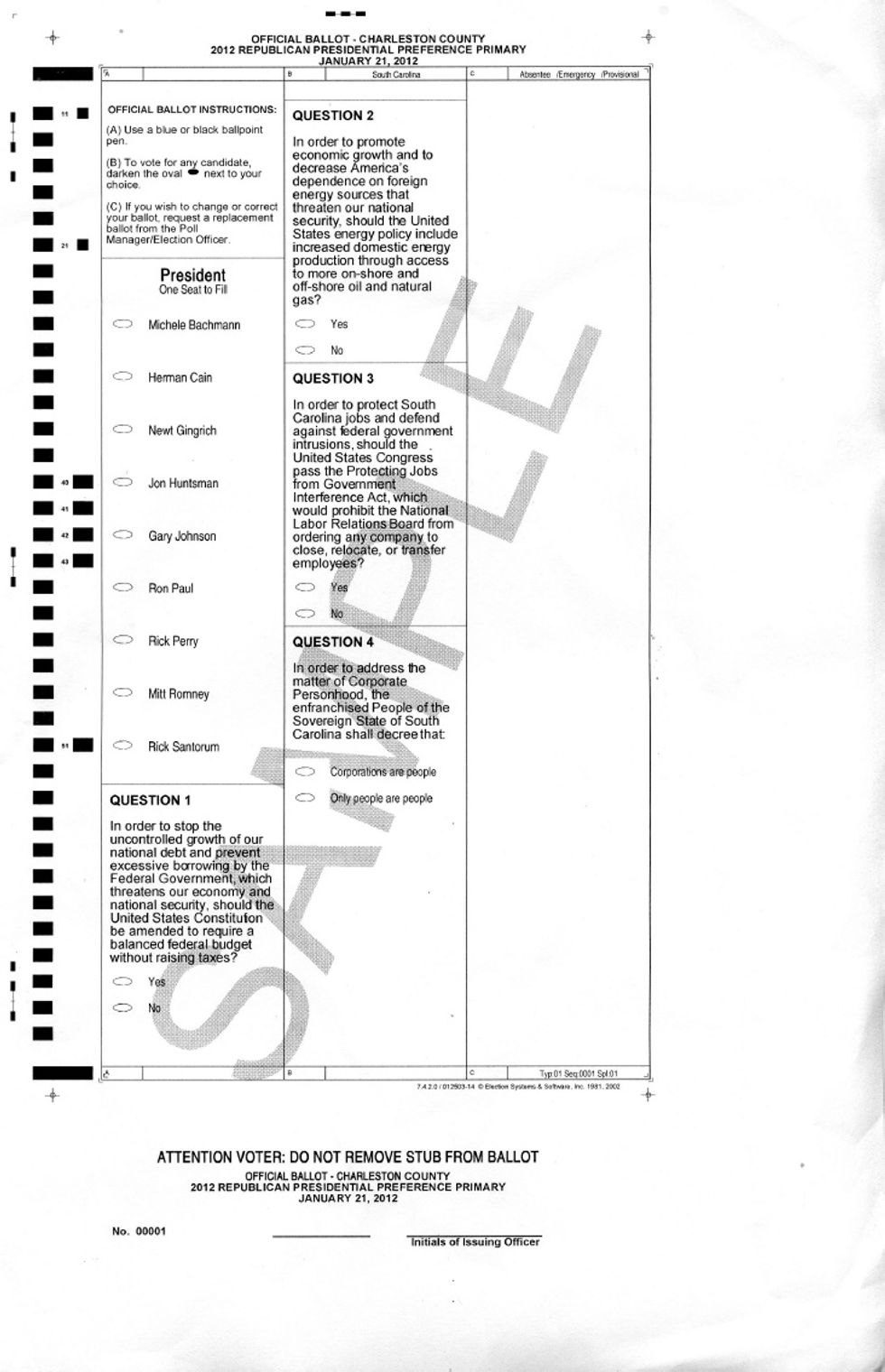 Wasn't this whole "conservatives don't get that Stephen Colbert is a teevee satirist" sort of a 2009 thing? OH WAIT, we are talking about South Carolina, so maybe we have to factor in some kind of years-long time delay? The state's Republican party is hard up for cash to hold their primary, so they agreed to allow Colbert's Super PAC to add a humorous question to the GOP presidential primary ballot asking voters to decide whether "corporations are people" or "people are people" in exchange for a giant dump truck full of cash. Someone eventually got the memo, but not before the question made it onto the sample ballots and the state Supreme Court was forced to tell the cheap floozies in the Republican party to leave the ballot alone. NOPHAIR!

The other possibility, of course, is that they are just that desperate that they will take even the funny munnies. But no, because who has ever even heard of some politicians selling their souls for a couple bucks?

The Comedy Central satirist — and South Carolina native — approached state Republican Party officials a few months ago about making a significant contribution to the party through his Americans for a Better Tomorrow, Tomorrow super PAC.

In return, Colbert requested the party place a ballot question on the state’s first-in-the-South GOP presidential primary set for Jan. 21, that dealt with corporate personhood. The party agreed and on Nov. 11 asked state election officials to add a ballot referendum that asked voters to decide whether “corporations are people” or “only people are people.”

Colbert also wanted to sponsor a debate, but the state Republican Party eventually decided that a partnership with the Comedy Central star’s super PAC wasn’t going to work.

The corporate personhood question, however, still ended up being printed on sample primary ballots, according to State Elections Commission spokesman Chris Whitmire. But it will not end up in front of voters on Jan. 21, he says, because a recent state Supreme Court ruling struck all questions from being allowed on the ballot.

Since when was America so serious about letting millionaire personalities screw around with elections? [Columbia Free-Times]