Steve King Will Judge the Americanness Of Your Experience 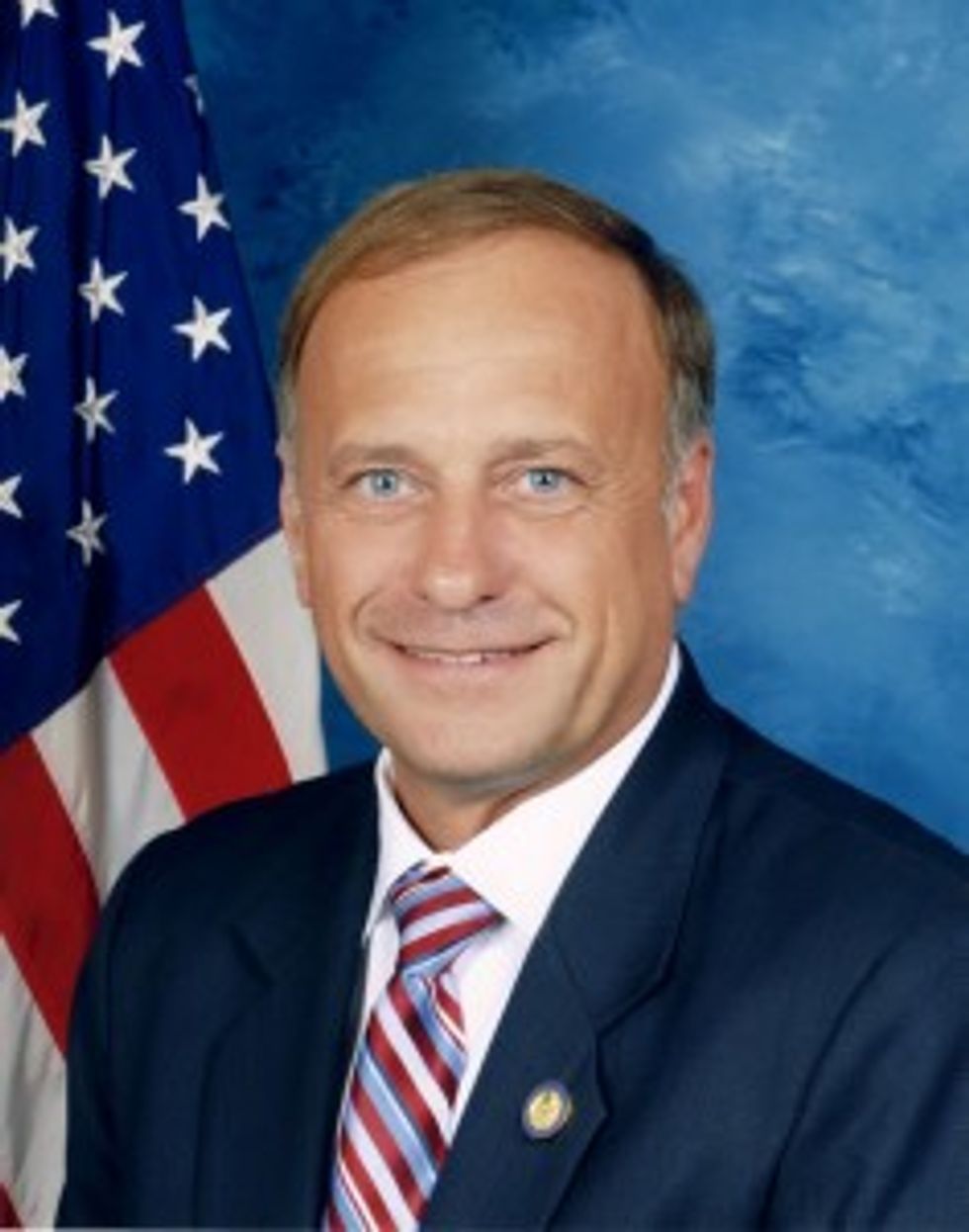 Iowa Congressman andBible interpretationist Steve King must be feeling bored and restless in these dog days of summer -- or maybe he's just riding a sweet corn sugar high -- because he's awfully feisty these days. It's like he'll say anything to get some attention! At least we can say he adds some "spontaneity" to Capitol Hill life.

At a recent town hall meeting, for example, King agreed with one of his wingnut followers that President Barack Imam Obama is a foreign-born Marxist muslin man. The muckrakers at Think Progress captured this illuminating conversation on a recording device, for posterity:

KING: I've just started to think about what we need to do and I have made this argument for a long time now that I am in the business of seeking to embarrass the administration into enforcing the law, particularly with regard to immigration.

BYSTANDING CONSTITUENT: He won't do that. He's a Marxist! He's a Muslim Marxist.

KING: He's at least a Marxist. And he surely understands the Muslim culture.

CONSTITUENT: He surely does. That's where he grew up with, that's his culture.

CONSTITUENT: He didn't grow up in America.

King does not go on to define what "an American experience" is, because even he probably realizes that this phrase does not mean anything.

King also didn't like how House Speaker Nancy Pelosi interrupted everybody's August vacaciones by making them travel back to DC just to vote on giving $26 billion to the stupid fucking schools. It's all a "blatant money-laundering scheme":

"Much of those checks that will be distributed will have an automatic deduction in them that will transfer some of that money into the coffers of the unions and their political action money will go into the campaign accounts of 95 percent Democrats," King says.

Pelosi just had to spend some money to feed her shopaholism, he says. As any good Republican knows, you call Congress back during a recess ONLY if the matter at hand involves some politically useful Culture-War spectacle. [Think Progress/Radio Iowa/Washington Post]