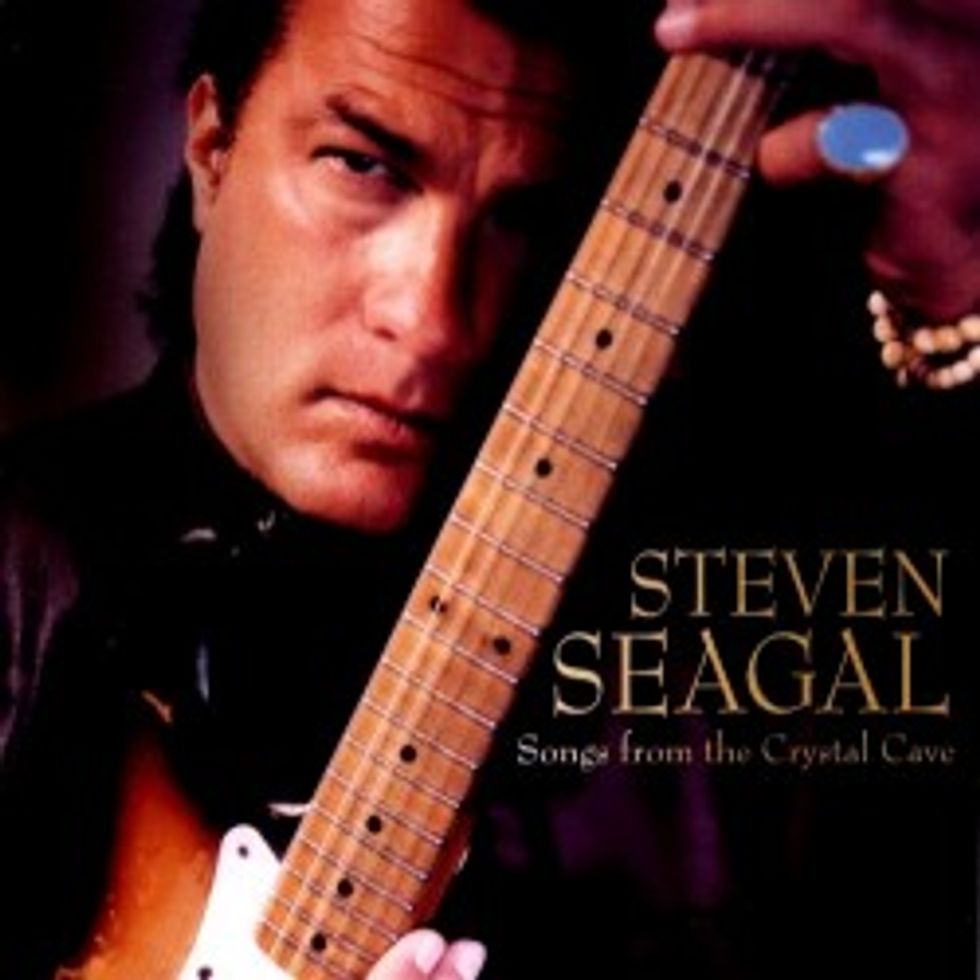 We know we are late to the game on the whole Steven Seagal goes to Russia thingy. Our aversion is half-boredom, half-what the fuck, half-shut up Dana Rohrabacher. But we cannot think of anything else to write about today, so here goes! So Steven Seagal went to Russia to hang out with super-cuddly Vladimir Putin, whose stance onhuman rights is as delightfully consistent as it is awful. What fun things are a retrograde longing-for-the-Soviet-era world leader and a washed-up action film star up to? So much things!

Rep. Steve King said Russian security officials told the delegation they believed that Tsarnaev and his mother had been radicalized before moving to the United States in 2003. "I suspect he was raised to do what he did," said King, a Republican from Iowa.

His account of the meeting at the FSB, the successor to the Soviet-era KGB, was disputed by Rep. Steven Cohen, a Tennessee Democrat, who said he understood that the radicalization took place much later, when the family was living in Boston.

Well, we cannot think of ANY reason that Russia would like to characterize the Boston bombers as longtime Chechan agitators, can you? Well, besides the fact Russia and Chechnya have been engaged in Deathrace 2000 for years.

The Kremlin has given Kadyrov lavish funding and political carte blanche to fight terrorism since he came to power in 2005. Activists accuse him and his feared security forces of staggering abuses, including torture, kidnappings and murder.

"All these accusations are thrown around," said Seagal, who was given a lavish welcome in Kadyrov's palace. "Is there any evidence? Has he been indicted?"

Cohen said he had refused to go to Chechnya for these reasons. But Rohrabacher, who chairs the U.S. Foreign Affairs' Subcommittee on Europe, Eurasia and Emerging Threats, said the United States should be more understanding of the threats facing Kadyrov and Putin.

"If you are in the middle of an insurrection with Chechnya, and hundreds of people are being killed and there are terrorist actions taking place and kids are being blown up in schools, yeah, guess what, there are people who overstep the bounds of legality," he said.

Why is Putin so misunderstood? Sometimes you have to break a few rule-of-law eggs to make a rule-of-law omelet, right?

Seagal is also behind the Iron Curtain to integrate and synergize and proactively capture vertical markets something something for Russian weapons sales:

“You’re ready to fight American (manufacturers) with your teeth and your intellect, and if Americans are prepared to promote and support you, that says we’re learning new ways to work on corporate warfare markets,” Rogozin said.

Steven Seagal will engage the ever-growing corporate warfare market with new ways of teeth and brain fighting! We were hoping that something got lost in translation there, but that is probably not the case as that bit of word salad sounds like every American corporate brochure ever.

We cannot wait for the next Steven Seagal blockbuster where he will save us all by hating Chechnya, pissing on the notion of the rule of law, wiping his ass with basic human rights, fighting with his teeth, and shooting everyone in sight with brand spankin' new Russian weapons. With any luck, we can get M. Night Shyamalamadingdong to direct and we can learn that Seagal was dead all along.