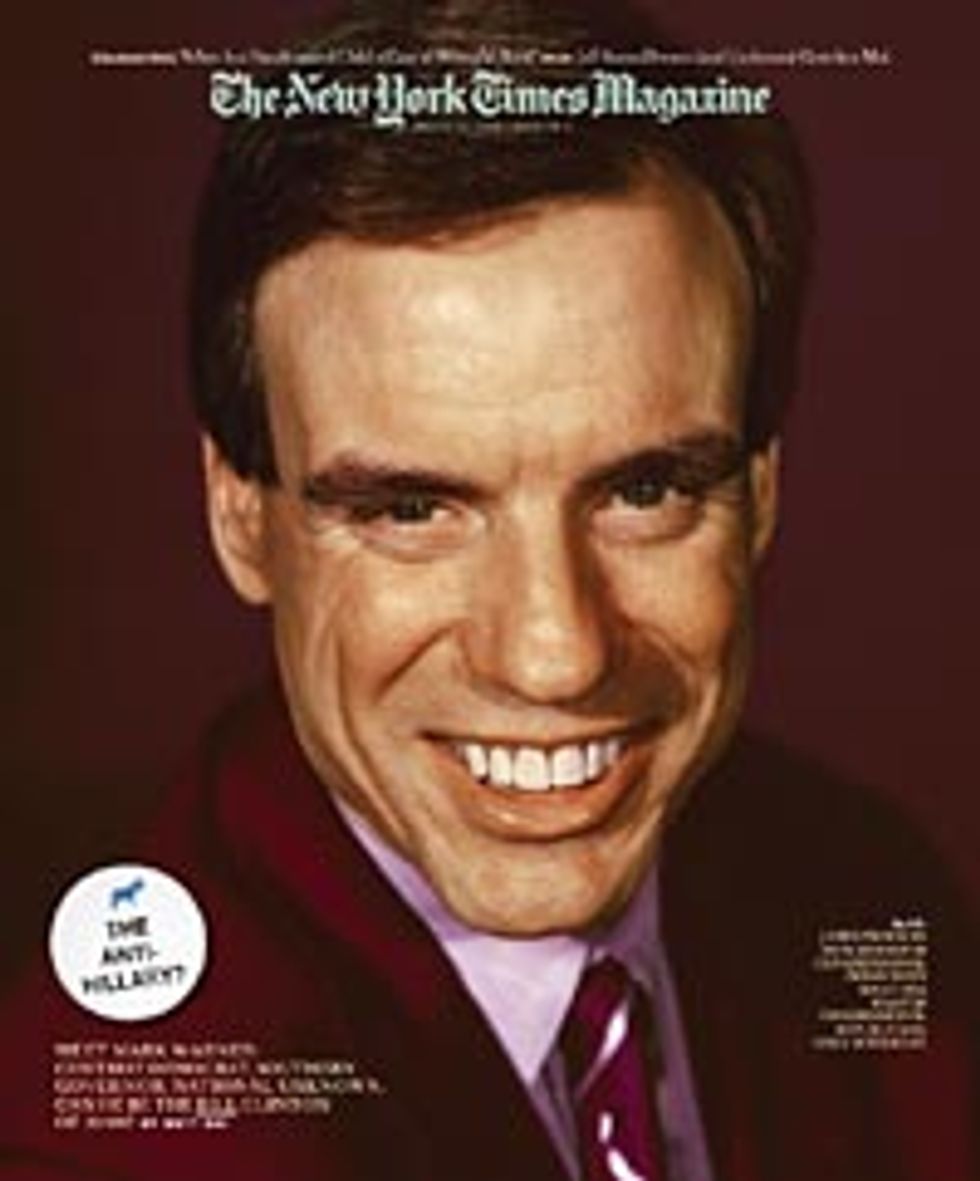 Mark Warner is a stud, especially from the Upper Deck of a Denver arena! What was he talking about, Change We Need? Changing energy? Saving the middle class? No:Changing the middle class. Yes We Can show those toothless gypsy whiners how to make a goddamn dollar every once in a while.

9:51 -- First point: this is probably not as good as Barack Obama's keynote speech in 2004. And thank god, because now we won't have to worry about someone challenging Hillary in 2012 and fucking everything up again.

9:52 -- We're all in this together! We need education! Blah blah. Why can't we have more Denny Kucinich and his message of "Change We Can Wake Up In America"?

9:53 -- He is telling a story about "The Boy From Lebanon," who is like Bill Clinton's twin Muslim brother from Hezbollah. He was either killed in the 2007 Virginia Tech massacre or he wasn't. Or something. The point is: Mark Warner closed the deficit when he was Governor.

9:57 -- Ha ha this dude sitting next to us keeps telling us to hold up our signs. He works on the Trains.

9:59 -- Mark Warner is escorted off by a leggy coterie of DNC roadie gals. And now they are licking his teeth, which is how he gets sexually pleasured.

10:03 -- Thank God this guy wasn't vice president, or any of those people. Seriously, is Joe Biden the only person in the entire Democratic party with a sense of humanity, or humor, at all? Y'all can comment on this Red Schoolhouse McGovernor Strickland until Hillary comes and makes our cramped legs hurt even more.