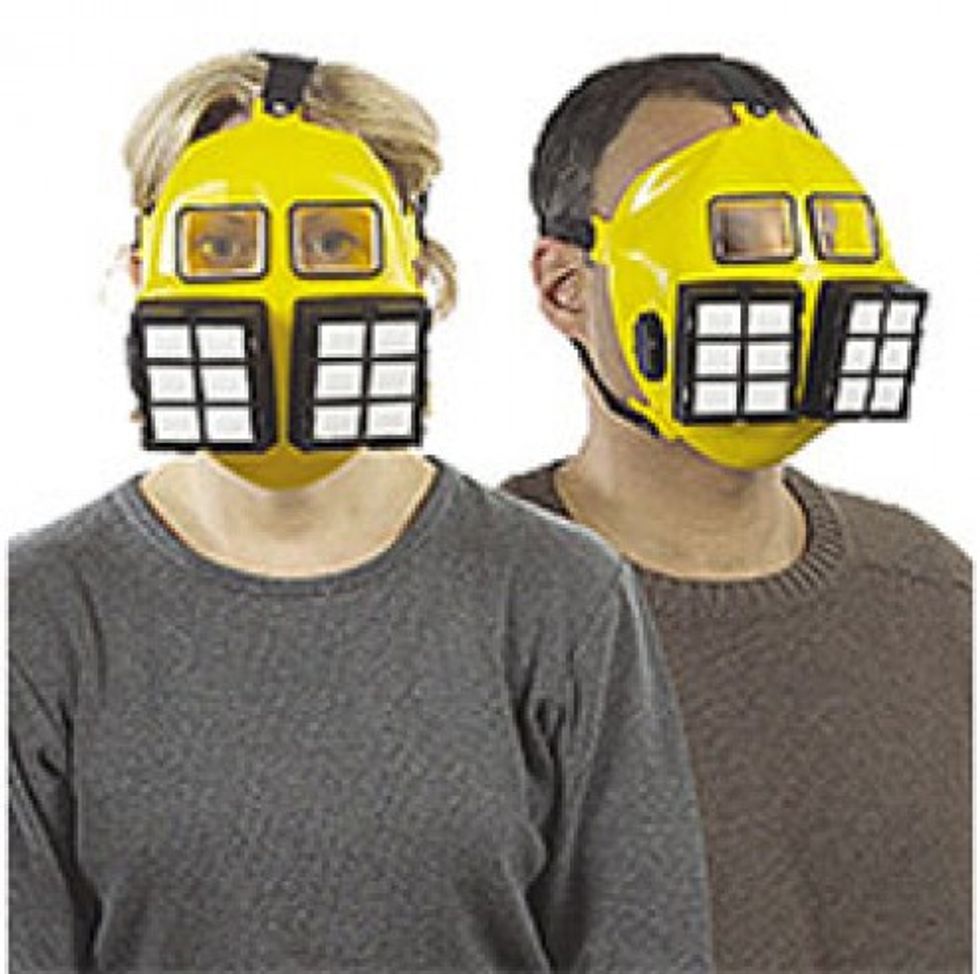 If you are rational folk (and some tiny portion of you, we presume,must not just be whimsical drunks), you probably feel like you made it thru Bamz' first term OK. The sky didn't fall, banks weren't nationalized, no one took away your guns, and no one really managed to give you socialist healthcare (THANK GOD FOR THAT). On the other hand, if you are the sorta given to paranoia, the Kenyan socialist pretender's relatively sleepy (EXCEPT FOR KILLING BIN LADEN. BOOYA!) centrist first term is merely the portent of doom to come, the not-calm before the storm, the harbinger of the apocalypse. And with all that ready to come crashing down on you, you'd better get prepping:

At the Self Reliance Expo, the prospect of a second Obama term is seen as both a catastrophe and an opportunity. "There's a lot of people I talk to who say, 'Depending on what happens in the election, I'm going to buy some body armor,'" says Derek Williams, president of the Salt Lake City-based company Amendment II. Its Centurian children's tactical vest costs $499. "If the economy falls apart, people don't have food. People who are looking for food, they're gonna have their guns with them. People want body armor so they can protect themselves."

OK first, how tough and correct can your seekrit underground global apocalypse threat readiness lifestyle be if there's a fucking Expo? The only thing that sounds less threatening would be the Self Reliance Sleepover. Nevermind, cause there are tons of awesome things you can purchase at the Expo besides how to expensively bulletproof your children (which isn't really a bad idea in America right now, sadly):

In more shining examples of American ingenuity, there's  a widespread number of lifestyle enhancements that can go along with being the kind of person that is eagerly awaiting steel tube living. There's an opportunity to live in secret prepper communities once the world goes to hell, but please keep in mind that there will still need to be some sort of functioning economy to pay your $200/month association dues. For those of you that aren't just survivalists but also jesus freaks who are scared of the coming muslin revolution, you can go live in a "Christian Transition Village," which will be owned by a land trust because complicated real estate arrangements will for damn sure survive both natural and man-made disasters.

Best of all, though, you can have teh sex with other likeminded people planning for the decline and fall of civilization! You can go all mainstream with Survivalist Singles, which seems to be the match.com version of paranoid dating. (There's also about a 3-to-1 male to female ratio on this site, so get cracking ladies! However, come the end times, yr Wonkette would likely prefer to remain single rather than date those dudes who make belts out of paracord and drink their own purified urine). If you like to mix a little kink with your survival prepping, you can head on over to Kwink, which allows you to choose a survivalist who is also into extreme sports or body modification. This is what the internet is MADE for, people.