Stocks Basically Flat After MASSIVE GOV'T TAKEOVER OF EVERYTHING 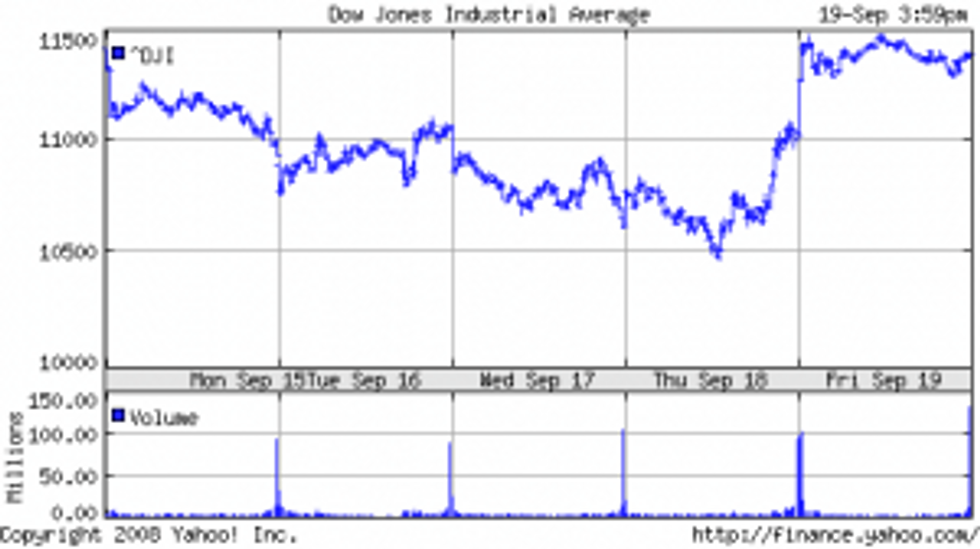 Well, that was a fun week in finance news. So what did the markets get, after the U.S. government decided to end market capitalism and become the Soviet Bank of Soviet America? Stocks ended the week flat, that's what. Monday morning, the Dow opened at 11,421. Today, after this unprecedented nationalization of AIG and promises of some "We Buy Your Crap" market run by the Fed, the DJIA closed at 11,388. (The S&P 500 was about the same, starting the week at 1,252 and ending at 1,256.) A half-trillion in new U.S. debt just doesn't buy what it used to! [Schaeffers Research]
Ken Layne