Stop! You're Under Arrest For Being A Gay Homosexual Lesbian in Florida 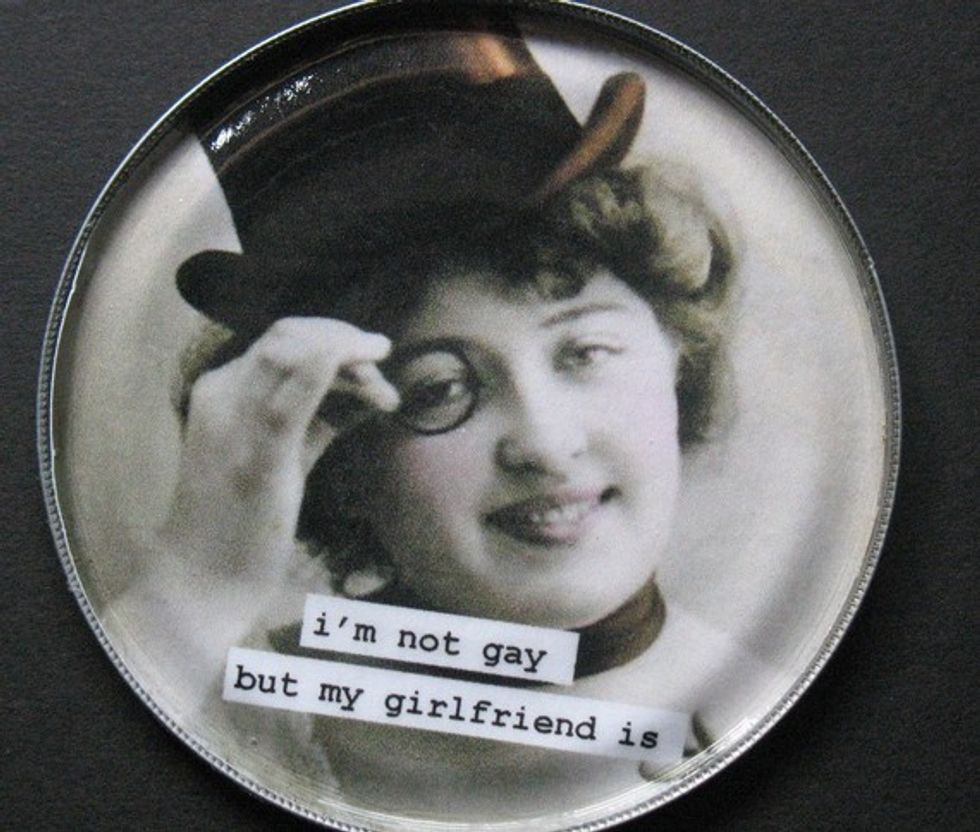 Now that America is well on its way to being full-on gay homosexual rainbow flag-waving equality-for-all-land, what with state after state after state jumping on the marriage rights bandwagon and the Supreme Court about half a second away from being all, "Nah, dude, you totes can't have laws that only let some people get married but not others because that is some fucked up repugnant bullshit right there," it seems there remain a few holdouts. Like in Florida, where some asshole parents plus a jerkwad basketball coach plus the schmuck-faced school board are all so terrified of the Big Gay Menace that is an 18-year-old high school senior who is also -- ooooh, scary -- a lesbian:

[Kaitlyn] Hunt was a highly respected student at Florida’s Sebastian River High School with good grades and participation in cheerleading, basketball and chorus. She was even voted “most school spirit.”

All of that changed when she started dating a fellow student, a girl she met on the basketball team, at the beginning of the school year.

Like what, you may ask? Like the coach kicking Kaitlyn off the team to avoid "drama." Like Kaitlyn's girlfriend's not-very-nice parents sending the cops to her home on her 18th birthday to charge her with "two felony counts of lewd and lascivious battery on a child 12 – 16 years of age." Because being gay is "lewd and lascivious" -- you know, if you're a bigot. And obviously their daughter wouldn't be gay but for her gay girlfriend. Or something. We don't quite understand because we are not fluent in either bigot or stupid.

As if the coach and these wretched parents who can't just accept their daughter no matter whom she wants to hold hands with during recess are all, like, "BURN HER!" weren't bad enough, the school board decided to expel Kaitlyn to appease the homophobic parents:

The girl’s family petitioned the school board and got Katilyn expelled from school, weeks before graduation. This decision was made in spite of a judge declaring she could continue to attend school as long as she didn’t have contact with the girl.

Um ... No. Just no. See, by all accounts, Kaitlyn is an awesome young woman who should be allowed to go to school and cheerlead and play basketball and do whatever it is they do in chorus, and it shouldn't matter if she would rather slow dance at prom with a girl or a boy or all by her own self because this is AMERICA and also it is 2013 and anyone who has a problem with that is probably gay themselves because isn't that always how it works out anyway? And so in conclusion, the coach should fuck off, and the parents should fuck off, and the "we don't care what you say, judge, we're gonna try to ruin this young girl's life anyway" school board should most definitely fuck off, and Kaitlyn should be allowed to go back to school and graduate with the rest of her class like any other normal kid because she is one.

Oh, also, yes Florida totally has an exception to its statutory rape laws if both are really close in age, unless they are both girls obvs, because doy.

[Examiner via Truth Wins Out]