Strip Clubs Have To Pay Strippers, Unfair To Strip Clubs! 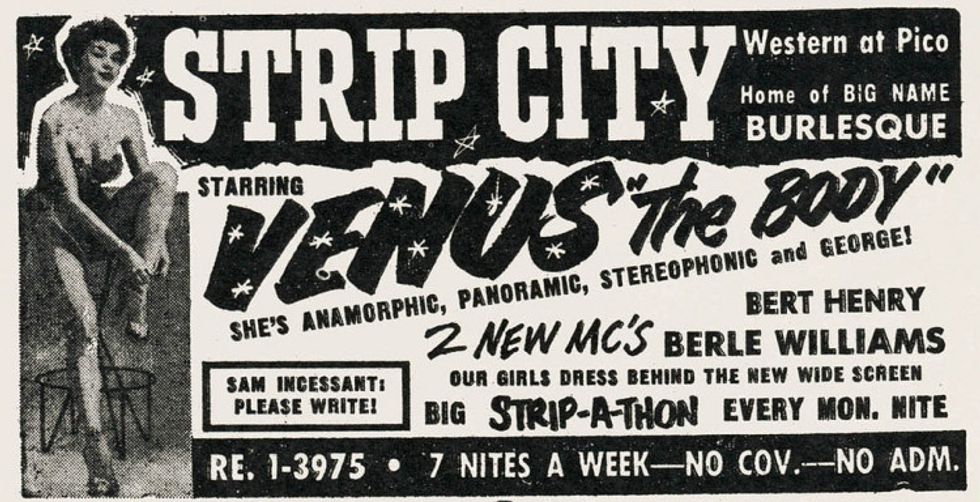 A class action lawsuit against New York strip club Rick's Cabaret awarded over $10 million in back pay to about 1,900 dancers the club had treated as "independent contractors." Instead of paying wages to the dancers, the club actually charged them a fee for the use of its stage and private lapdanceatoria, according to the dancers' attorney, E. Michelle Drake:

The dancers got no steady wages, instead paying a fee to the club to perform there and in return getting paid by customers. The customers put up $20 for each personal dance and fees starting at $100 for 15 minutes of entertainment in semi-private rooms.

But after paying club fees and required tips to deejays and other club workers, the dancers sometimes ended up in the red, Drake said.

Manhattan U.S. District Court Judge Paul Engelmayer held that, no, if the dancers were the club's "main attraction" and primary source of revenue, they darn well need to be guaranteed of making at least minimum wage.

In a press release, Eric Langan, CEO of the club's parent company, Rick's Cabaret International, did his best to sound like Dan Aykroyd as Irwin Mainway:

It is hard to imagine how these entertainers should be paid at the minimum wage, which would amount to a fraction of the $1,000 or more that some of them acknowledged they earned in a single night ... Additionally, the court did not rule on the issue of whether the substantial amounts entertainers earned are wages under New York State Labor Law.

Langan had no comment on the wisdom of his company's name-checking the fictional locale of a classic movie in which Humphrey Bogart outsmarted the Nazis without anyone taking their clothes off. We are ambivalent about the prospects of a remake along those lines. "I remember it like it was yesterday. The Germans wore gray, you wore pasties and a G-string."

The New York Times included an especially charming detail of the club's compensation practices for its "contractors":

Dancers charged $20 for a “lap dance” or “table dance,” the judge’s order said. If the fee was paid in cash, the dancer kept it all. But if the customer bought a $24 voucher with a credit card, the club would give the dancer only $18 for it and, without telling the customer, keep the rest. Nearly 1.8 million of those vouchers were redeemed during the seven-year period, the order said.

RCI vowed to appeal the ruling, since as owners of strip clubs across the nation, they have a business model and a really scummy reputation to maintain.