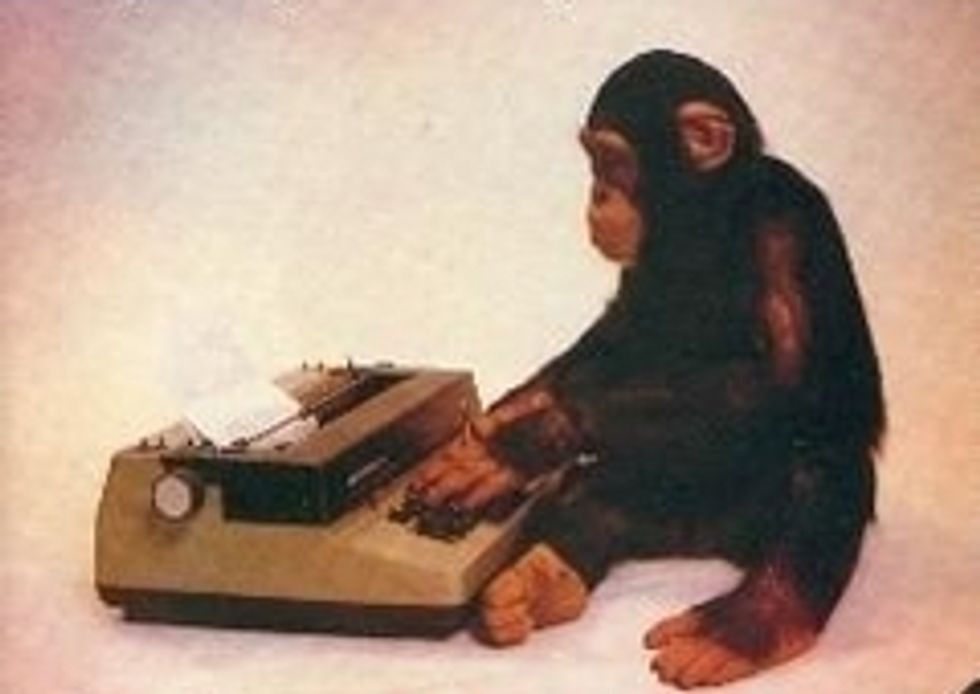 Ha ha, the Pew Research Center apparently paid researchers actual money to produce a study of election coverage bias when they could have just sent someone wandering down to the Kmart parking lot to ask the first person lumped atop a Hoveround with a "Sarah Palin 2016" bumper sticker duct-taped to the back of it and gotten the same answer for free: the coven of liberal elites in the lamestream media are lately skewing positive in coverage of their beloved liberal elitist Harvard sap, Mitt Romney. In contrast, the media has taken a net overall crap on the campaign of constitutional rights-murdering Reaganite warlord Barack Obama since the start of the year. What gives?

Mitt Romney's positive coverage outweighed the negative 47 percent to 25 percent during the most recent period from February 26-April 15, while the report notes that "[o]f all the presidential candidates studied in this report, only one figure did not have a single week in 2012 when positive coverage exceeded negative coverage—the incumbent, Democrat Barack Obama."

We will blame Mitt Romney's net positive coverage during this time on the increasingly reactive panic caused by the collective national nightmare of a Rick Santorum GOP nomination, because that is the dumbest explanation and therefore probably the most likely one. Barack Obama got consistently negative coverage because he has already used up all of his positive media coverage for one lifetime. That is the calculus.

But what about what "some" call "the issues," the substantive policy positio--ZZZZZ. See if you can read this section of the report with your eyes closed, now:

What about what some call "the issues," the policy positions offered by the candidates as a way to project who they are and why voters should support them? Over the last five and a half months, the candidates’ policy proposals and stands on the issues accounted for 11% of the campaign coverage. The vast majority of these focused on domestic issues, in particular health care, unemployment and the overall economy. These domestic subjects accounted for 9% of the coverage from November through March, and coverage remained relatively steady. That number rose some, to 12%, in February and March—with some of that coverage attributable to a growing discussion of rising gas prices and the health care debate.