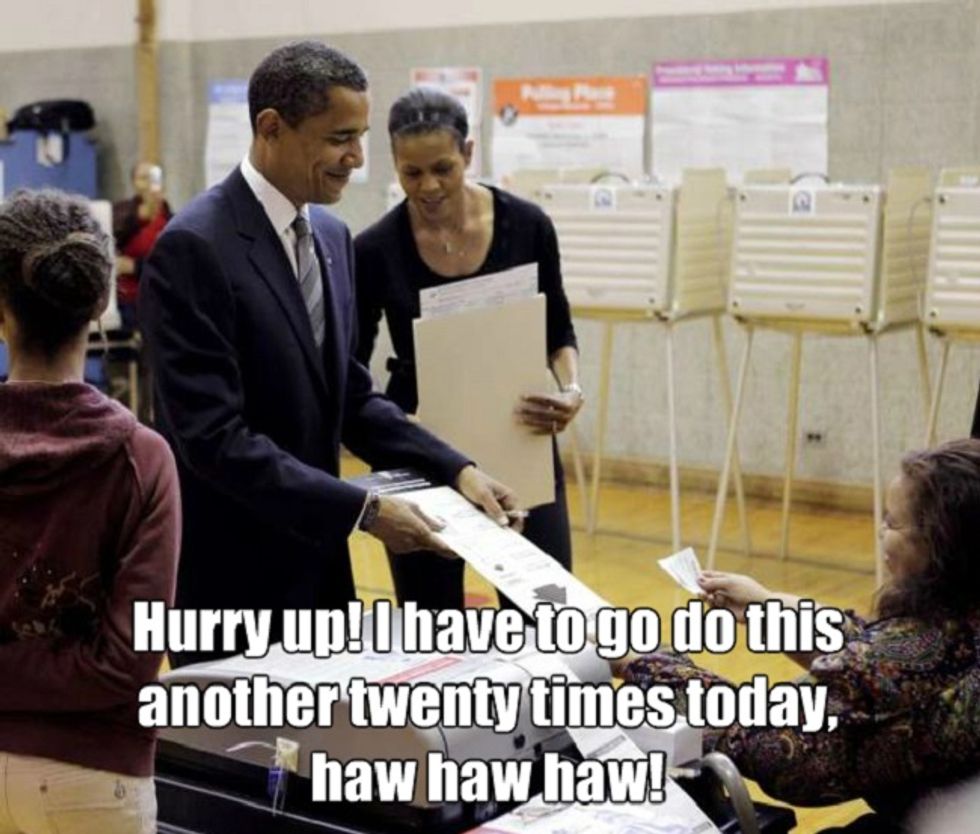 Here's some fascinating Social Science Facts for your consideration! A University of Delaware study found that 67% of whites supported voter ID laws -- but that support jumped to 73% when the question was accompanied by a photograph of African Americans voting (it was the same 67% when the question had no photo or a photo of whites voting). In a press release, researcher David C. Wilson of the Center for Political Communication said,

Our findings suggest that public opinion about voter ID laws can be racialized by simply showing images of African American people ... The resulting increase in support for the laws happens independently of -- even after controlling for -- political ideology and negative attitudes about African Americans.

The researchers said that the 6-point difference was statistically significant; the study also found that there was no difference in support for voter ID among black or Hispanic respondents when the pictures showed different races voting, or no picture at all. Previous work by the same researchers also found that "support for voter identification laws is strongest among Americans who harbor negative attitudes toward African Americans." A rival team of investigators at Fox News added that it was not yet clear how the results of the study were Barack Obama's fault.

It is not known how much white support for voter ID might increase when the question was accompanied by an image of a typical article from the Gateway Pundit.