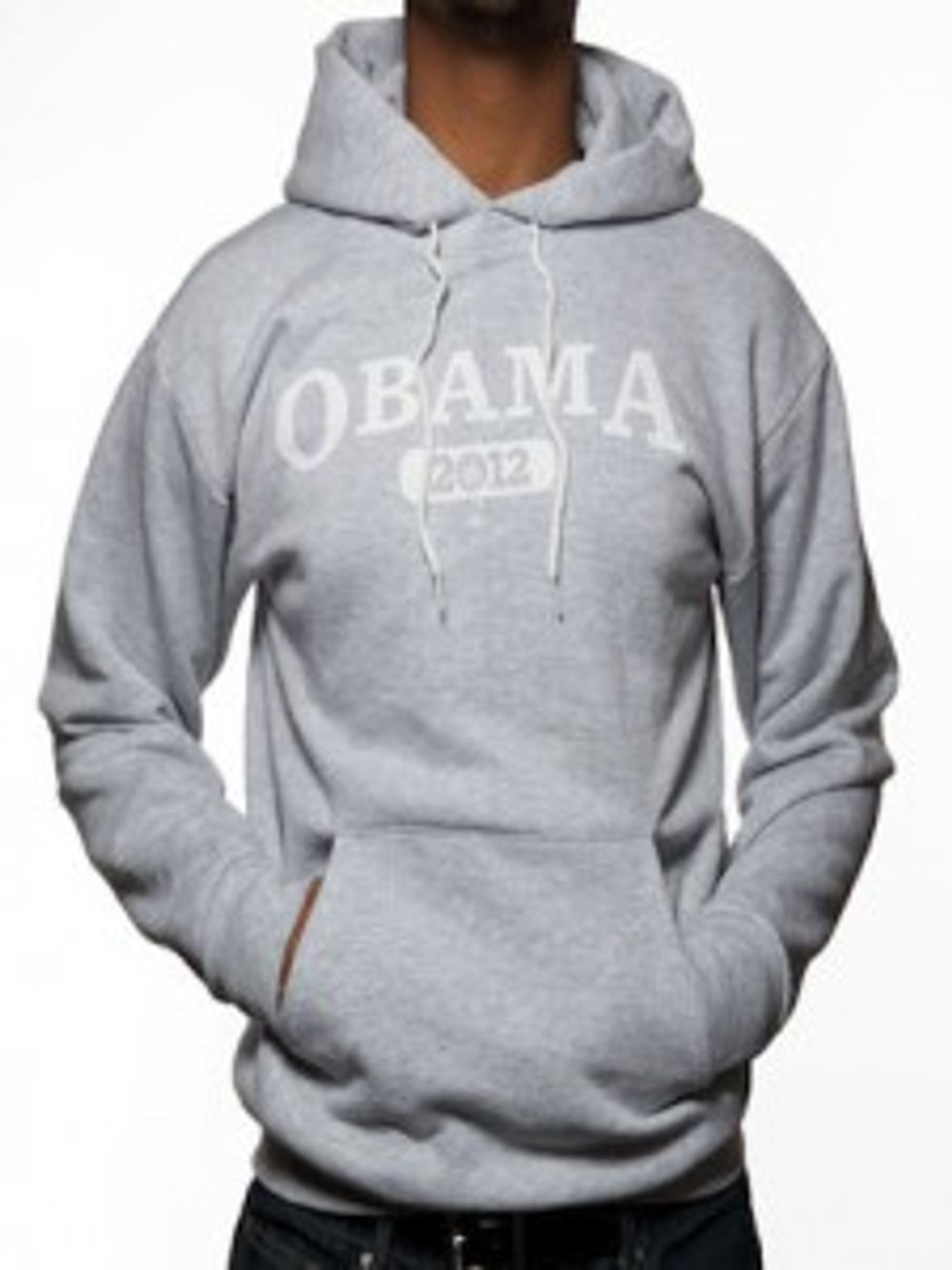 Did you hearthe news???!? The Obama campaign had cut the price of their hooded Obama sweatshirts from $50 to $40, and this was a race-baiting disgrace! And now the hooded sweatshirts are back up to full price! VICTORY! FREEDOM! NOM NOM NOM BRAINZ!

Here is the Gateway Pundit's blogpost in its entirety, because why not?

Obama Campaign decides that hawking hoodies during Trayvon controversy is as tawdry as it appears.

The sale is off—Team Obama canceled their shameless hoodie sale this past week.

President Obama recently said that if he had a son, he’d look like murder victim Trayvon Martin. And in what some conservatives see as a direct connection between the national controversy surrounding the teen’s death, the Obama 2012 re-election campaign announced via Twitter on Monday that it was putting its collegiate hooded sweatshirt on sale.

The sweatshirt was temporarily discounted to $40 from its regular $50 listing. However, the tweet announcing the sale has apparently been removed and following the hooded sweatshirt link at Obama’s campaign re-election site store shows the clothing item listed at its regular $50 price.

Obama’s critics on the right had a field day with the questionable Twitter posting, with the conservative blog Gateway Pundit calling it “disgusting,” and the website Twitchy asking if “Team Obama is capitalizing on Treyvon Martin’s death?”

It is a great day to be the world's stupidest person, the Gateway Pundit! It is a bad day to be a college student, though, apparently -- look how non-hood that fucking hoodie is! If it said "USC" instead of "Obama," your editrix would have already seen it 15 times this morning on people walking their dogs on her block. Oh well. Please go put on something more appropriate, college students and former college students, like perhaps a nice Burberry trench, or a classy peacoat. Or an opera cape! Let's bring opera capes back please. Whatever it is white people wear. Patagonia? [GatewayPundit]