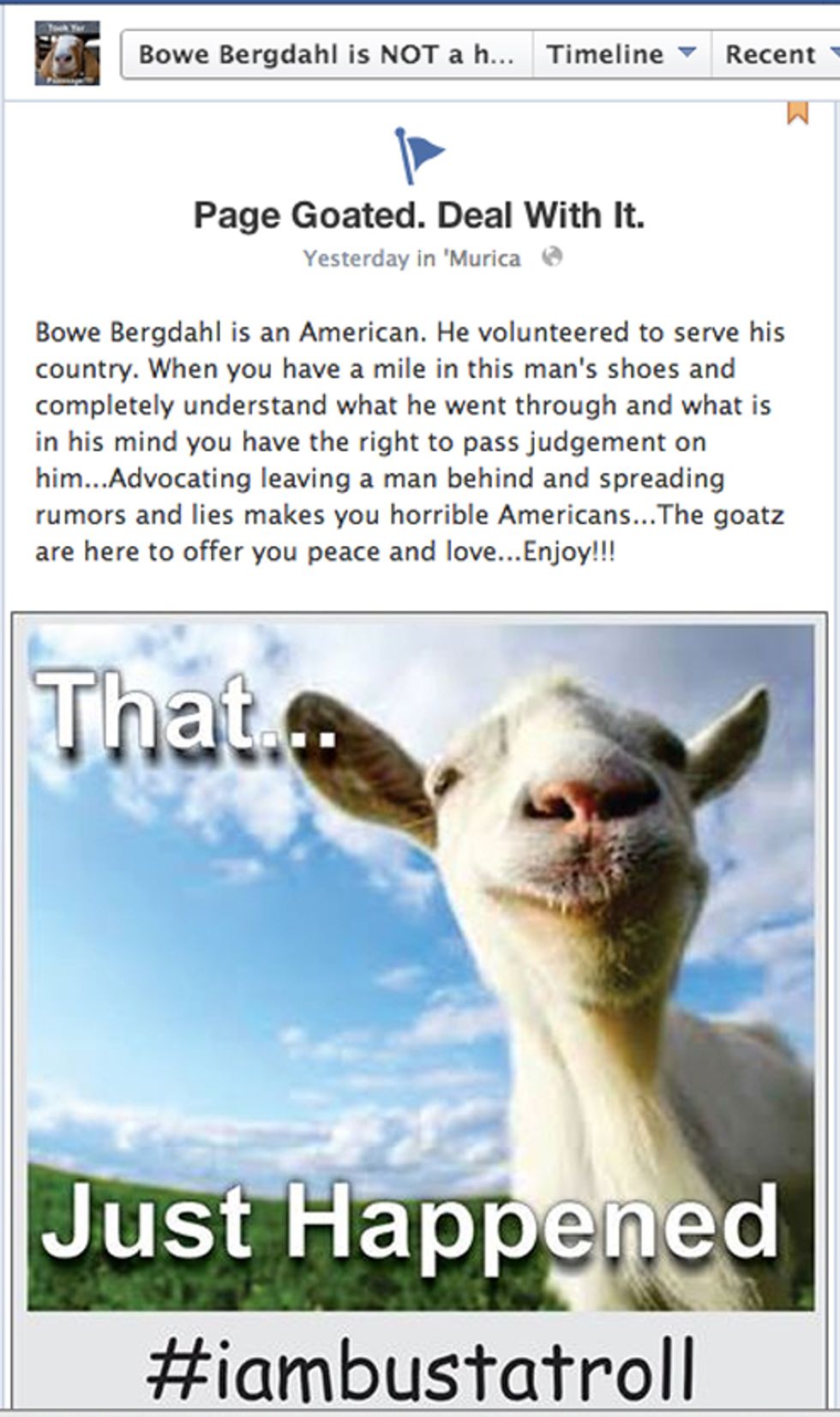 Oh, hurrah, the goatz have struck again! For some while now, a clever fellow calling himself Busta Troll has made a hobby of rudely seizing control of egregiously rightwing Facebook pages and replacing their idiocy with pun-filled images of goats.

It would be inaccurate to call this "hacking," since that actually requires playing dirty with computer code; no, this is far simpler. Busta Troll simply hangs out on a wingnut Facebook for a while, pretending to agree with them, and then asks for administrator privileges (which is ridiculously easy), so he too can post cool anti-Obama stuff there. And then after he takes over, GOATS! The latest victim: a page called "Bowe Bergdahl is NOT a hero." It now offers a far more wholesome, goat-oriented discussion of L'affaire Bergdahl. For Goat Justice.

The other nice thing about Busta Troll's method, of course, is that, like the old joke about every third Klansman being an FBI infiltrator, it sows paranoia among the people running rightwing Facebook pages. Who knows, they may even become a little less enthusiastic about posting hate-filled content. OK, so we're dreamers.

That'll do, Goatz. That'll do.

What's that, Goatz? You say you've also taken over a paranoid New World Order freakout page called "FEMA Exposed," which until recently was dedicated to this pile of derp?

FEMA has been militarized by Obama and is mobilizing to re-educate Americans to blindly follow the doctrine of socialism and the religion of Islam.

Only now, it's starting to look less like this...