Stupidest Man On Internet Declares Victory Over Liberal Media, Who Stopped Covering Ferguson Because Of Him 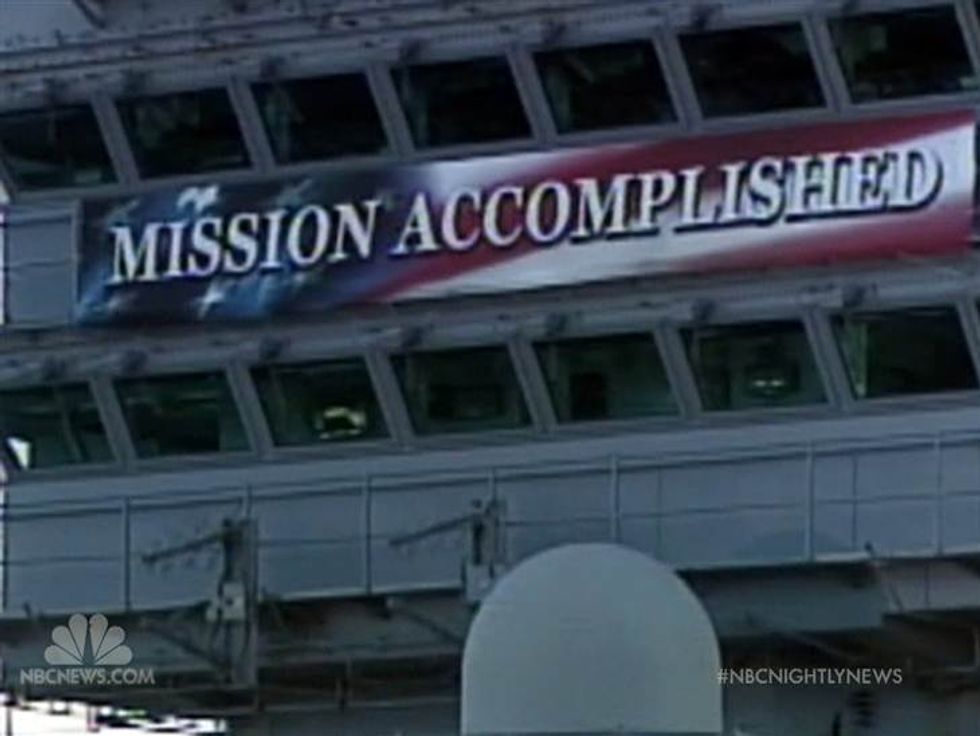 The Stupidest Man on the Internet, Jim Hoft, is a resident of St. Louis, Missouri, which is why he calls himself "The Gateway Pundit" (for the longest time, we thought it was a reference to the brand of computer he used). And as a Local Expert, Jim Hoft, the Stupidest Man on the Internet, has been a veritable font of misinformation and speculation about the shooting of Michael Brown and the subsequent demonstrations and police overreactions. And today, Jim Hoft personally took credit for a smashingfinal victory over the Liberal Media with this idiotic post:

As proof that the Liberal Media have lost interest in the Ferguson story, Hoft cited the second-most-reliable source on the web (after him), a WorldNetDaily article by Dr. Jerome Corsi, Ph.D., saying that the media is dropping the story now that everyone knows that Michael Brown attacked Darren Wilson while "resisting arrest after his suspected role in a convenience store robbery." The possibility that media interest along Florissant Avenue may be waning because the police have stopped coming down on demonstrators like a million-pound shithammer seems not to have occurred to Dr. Professor Corsi; no, it has to be because the liberal media are all guiltily slinking away since they can no longer claim that Rap-addled Marijuana Cigar Thief Thug Michael Brown was just an innocent choirboy walking home from church.

And what's the Most Important Proof that Michael Brown savagely beat Wilson? Obviously, it is the story that Jim Hoft has been relentlessly pushing since Tuesday, a completely unverified claim that Wilson had suffered an "orbital blowout fracture" of his eye socket when Brown allegedly attacked him. In his first article on the topic, Hoft cited unnamed sources for the story, which was of course absolutely true, because Jim Hoft has unidentified inside sources:

Local St. Louis sources said Wilson suffered an “orbital blowout fracture to the eye socket.” This comes from a source within the Prosecuting Attorney’s office and confirmed by the St. Louis County Police.

Yes, assuming that they are not wholly fictitious, there appears to be two people in St. Louis County government who think Jim Hoft is a credible journalist to whom they can leak medical records. Or, who knows, maybe we'll find out that one of them is a coffee machine maintenance worker who's pretty sure she overheard a lawyer talking about the case, and another is a cop who said, "Yeah, I heard that too."

Also amusing: Hoft followed that claim with a "file image" of a CT scan showing a fractured eye socket. Whose CT scan is that? The placement of the image immediately below the "sources say" paragraph encourages readers to think that it's a leaked CT scan of Wilson's skull, and Hoft is happy to let them think that. He provides a "file image" note and a link to an ophthalmology website defining a "blowout fracture," but doesn't explicitly say that it's merely an illustration of a typical blowout fracture.

And as Charles Johnson notes, in Hoft's version of the X-ray, on the right in the comparison below, "the words 'UNIV OF IOWA' have been blacked out, quite deliberately":

(Updated) Johnson also notes that in an earlier version of the post, captured at the Wayback Machine, Hoft even posted the original pic, with "UNIV OF IOWA" still there. Hoft later removed that and reposted the pic. Several readers at LGF also said they'd seen an early version of the "orbital blowout" post that lacked even the "file image" notation; sadly, no screenshots.

We have to agree with Johnson's question about this little detail:

Was Hoft trying to mislead his readers into thinking this was the actual X-ray (or CT scan) of Darren Wilson? [...]

If Hoft’s intent was to mislead, it worked. All over Twitter and right wing blogs, the wingnuts are raving about “Darren Wilson’s X-ray” that shows a fractured eye socket -- but this is just a generic example image of an unknown person’s CT scan.

Johnson also notes that in an eyewitness video taken immediately after the shooting, Wilson "is seen walking calmly around the body with no signs of discomfort or injury," although someone with a "blowout fracture" of the eye socket would presumably be in serious pain.

In a report Thursday, CNN cited a different unnamed source close to the investigation who said that Wilson "did go to the hospital" after the shooting, but that while he "had a swollen face," X-rays did not show a "broken or torn eye socket." Reporter Don Lemon said that the source "unequivocally" refuted other reports that Wilson had a fractured eye socket. Needless to say, Hoft says today that CNN "really needs to be more responsible with such sensitive information" -- and while he's at it, he says a "third local source close to Wilson" confirmed that Wilson suffered a fractured eye socket. So just about everyone in St. Louis law enforcement is in touch with Jim Hoft and leaking information like crazy, since they can trust the Stupidest Man on the Internet to handle such sensitive information responsibly.

Just to pile on, Hoft also cited a story in the usually untrustworthy lamestream Washington Post that said a family friend of Wilson said that there was a fracture, too, so Jim Hoft is right and he wins and the liberal media knows it and is leaving Ferguson forever.

Do we have a position on this? We actually do! That position is that if the authorities in Ferguson and St. Louis County had put on their big-boy pants and provided information to the press like the grown-ups in the City of St. Louis did when they shot a man this week, the extent of Darren Wilson's facial injuries would have been a matter of public record within a day or two, and we wouldn't be speculating about the reliability of a third-rate rightwing blogger's sources. A blogger who tried to discredit the findings of the family-sponsored autopsy of Michael Brown by blowing smoke about one of the investigators (without actually addressing the autopsy's findings). A blogger who routinely revises his blog posts, sometimes radically, usually without indicating that he's edited a word. A blogger whose name is the top result in Google searches for "Stupidest Man On the Internet."

But then, "reliable information" doesn't seem to be much of a priority for the authorities in Ferguson and St. Louis County. Now that we think about it, we can see why some people in those organizations would consider Jim Hoft a pretty good guy to have on their side.