Stupidest Man On The Internet Has Made This Sexy Elizabeth Warren Indian Princess Pic, For You To Fap To 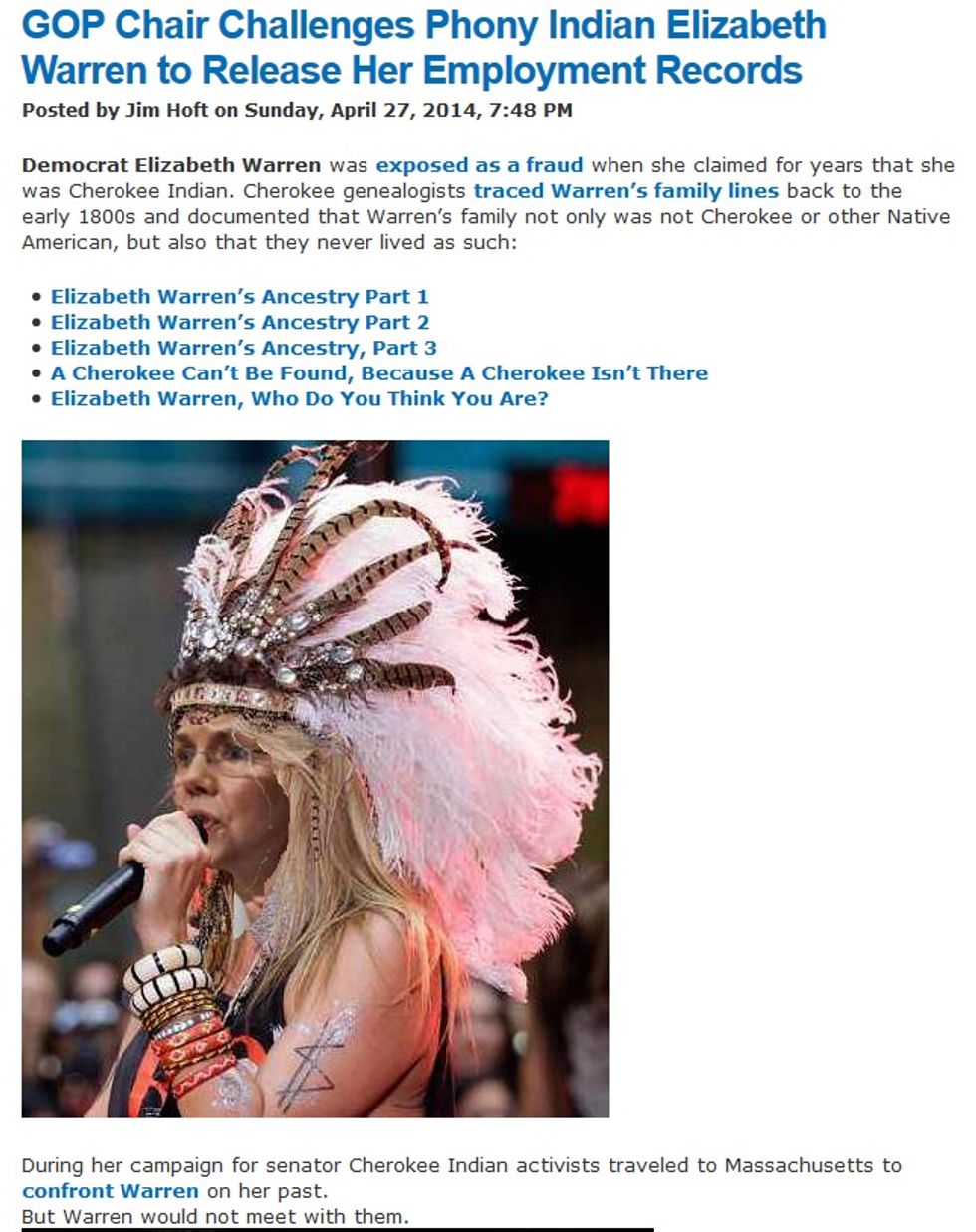 The Stupidest Man on the Internet has some interesting news judgment. While the rest of us are plying you with post after hilarious post about the right-wing's considered opinion that Donald Sterling Is Not Racist, plus some recaps, he is still on Elizabeth Warren being a fake Indian, probably, we don't know, we didn't bother to read it, because we are busy FAPPING TO SEXY INDIAN LADY ELIZABETH WARREN! We will use this picture from now on, forever, because it is le sex.

No, the only thing we will read of Hoft's doubtless super-smart and thorough research on Warren's genealogy is his headline at the very teensy-weensy bottom of this post. We don't remember Native American activists being mad at Warren, but we do remember them being pretty mad at Scott Brown's senior staff for Tomahawk-chopping and war-whooping and rain-dancing or whatever the fuck they are doing.

You'll be in your bunk.