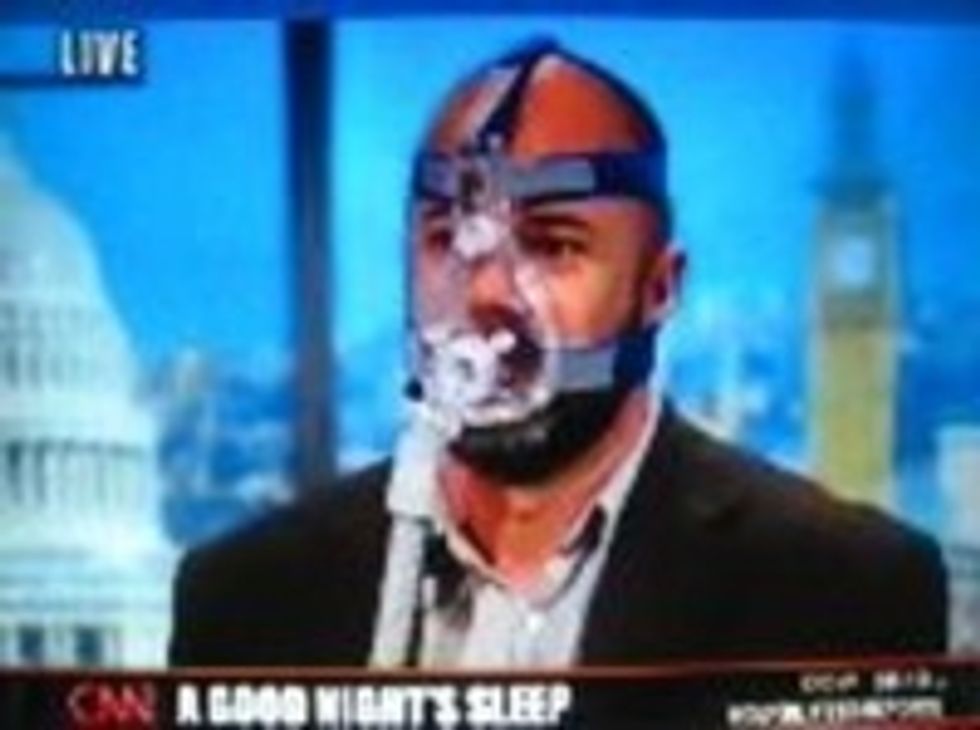 The important conservative political philosophy bloggers at Power Line WON THE MORNING Saturday by writing a pornographic blog post about the sexual meaning of "teabagging," which their fathers perhaps had taught them the night before. One writes, "What we're seeing here is the ascendancy of the Low-Life Left. Vulgar, ignorant, profane and abusive, it started on the internet at sites like Daily Kos, Democratic Underground and Wonkette. Discourse at sites like these abandoned all traditional norms of political conversation." Bah! And now that smut has made its way onto liberal cable news television outlets like MSNBC and CNN! Which leads another writer to conjecture that this sexual act is something invented by 2.5 homosexuals -- Rachel Maddow, Andrew Sullivan, and Anderson Cooper -- because you know how mean they are.

Andrew Sullivan is giddy; he seems to think the phenomenon is a big ball of fun.

There is something funny going on here, if not exactly where Cooper, Maddow and Sullivan find it. Cooper is widely reputed to be homosexual. Maddow and Sullivan are of course public homosexuals. It is funny in an ironic sort of way that these folks choose to disparage the tea party protesters from somewhere inside the homosexual subculture. Why not just call the protesters girly boys and let everyone in on the joke? Or would that spoil the fun?

Does this guy know what "lesbians" do, and what they are not anatomically capable of doing?