Sunday Bloody NYT Sunday: All Weiner All The Time Edition 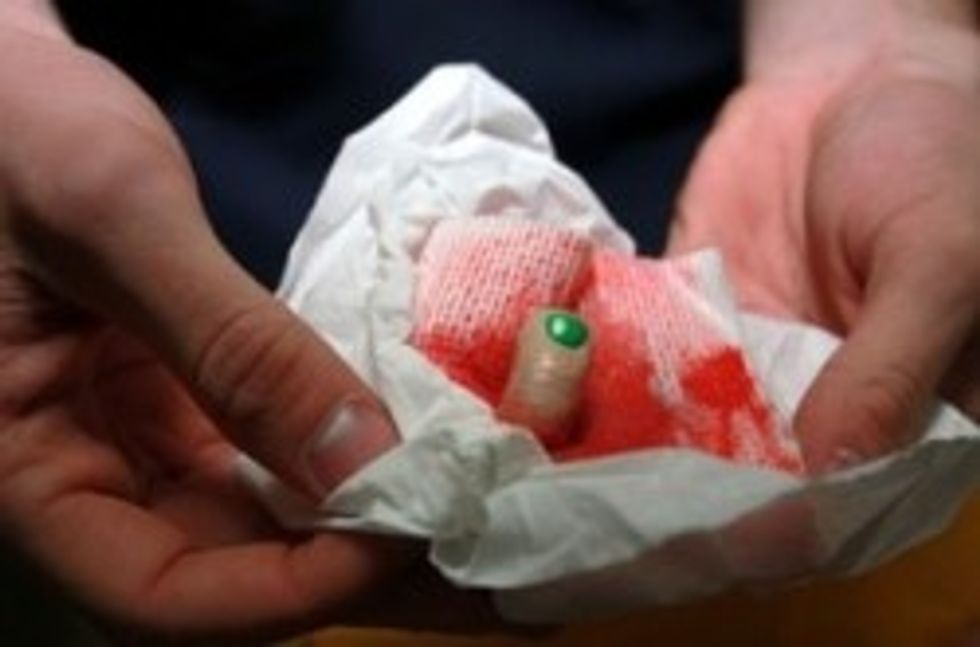 Seriously you guys reading the NYT every week and writing about it is the dumbest thing we've thought of in a long time. To be fair, though, we'll take the NYT over that weird endless Christianist textbook Dok Zoom has to read, because at least the NYT has recipes from Mark Bittman. What's terrible/laughable in the NYT this week? All of them, Katie:

Did we read the Sunday Styles section again? Of course we did, because of being dumb. Remember last week's piece about Caroline Kennedy where we learned that it doesn't really matter what you do, because if you are a lady, you are Stylish? Did you want another one of those? Cool, 'cause the NYT has got your back. This week, we learn that as Katharine Weymouth gets ready to helm the Washington Post, what really matters is that she throws a mean dinner party and rocks that sleeveless dress HARD, honey. Ladies! What CAN'T they do?

This week's Op-Ed section inexplicably contains an article by Tom Hanks explaining that he likes to use a typewriter. Judging from the article, Tom likes typing in ALL CAPS. Whether this is by design or because he is a poor typist we cannot tell because we do not care. We're still puzzling over why this is in the Op-Ed section. Isn't a typewriter love more of a preference or a fetish?

Oh well. Onward and downward. Ross Douthat makes another appearance yammering on about some book from the 1700s that he read in college but you didn't, because you were busy getting laid and taking drugs. Shorter Ross: all these fancy people are writing Jesus books, but this Jesus book from the 1700s is the REAL deal and he liked Jesus books before they sold out. Christ, we never thought we'd say this, but we like it better when he's a culture scold, because anything is better than this pompous faux-classicism.

First up: Frank Bruni. Bruni has written approximately one million words about how Anthony Weiner is coarsening politics just like Big Bill Clinton did, because no politician before the Big Dog ever had a problem keeping his dick in his pants and no one was ever, ever ill-mannered. Dear god, please let Frank Bruni never learn about JFK's really spectacular achievements in philandering or LBJ's recorded phone call to his tailor in which he explained that he needed much, much more room for his nutsack. Frank Bruni would need fainting salts nearby just to THINK about such indiscretions.

Would you like to read some sort of exegesis about Portnoy's Complaint and how the Jews will be getting all judge-y when they vote? Good!

The scandals are also leading to an unusual merging of political and religious questions that could help determine the outcome of the New York primary. That vote will take place on Sept. 10, right between Rosh Hashana and Yom Kippur, bringing to vivid life the High Holy Days themes of repentance and forgiveness. During this year’s Days of Awe, New York Jews will literally render judgment on Mr. Spitzer and Mr. Weiner: as the liturgy goes, who will be degraded and who will be exalted. In rabbinic sermons and at holiday meals, they will debate questions like: If former president Bill Clinton can be absolved, can Jews extend similar treatment to two of their own? Do the sages, or the voters, feel that the slate can ever truly be wiped clean?

The Jew-y column also comes with a fun interactive opportunity where you can answer this question:

What does it take for you to forgive a politician who has committed a sexual transgression? How does your own religious or ethnic affiliation affect how you perceive the actions of politicians with the same background?

Please tell us in the comments below.

We have never wanted to read the comments less in our entire lives. Also, too, we are glad we are not Jews (sorry, Editrix!) because we do not ever want to think this hard about voting. We're just gonna vote based on how hot the dick pix are.

Per usual, we've saved the worst for last. Yes, worse than the Jews. Worse than thinking about LBJ's balls. Yes, you guessed it, the winner and all-time champeen of awful writing, Maureen Dowd. Dowd's column only invokes Weiner on its way to blabble about a mayoral candidate who has thus far not sent any nude selfies: Christine Quinn. We learn from Dowd that Quinn is "coppery" (is that a hair thing, or a personality thing? We do not know!) and that she has an Irish temper, because people never ever write that about ginger Irish people. This is some serious insight, you fuckers.

Maureen Dowd would also like you to know that although Christine Quinn is a big ol' lesbian, she also likes lady things:

She also takes long fragrant baths, watches “bad TV,” like the Kardashians, though she’s bored by them now, and reads “cheesy magazines,” like Us, O.K., and People. She hasn’t read the new People headlined, “Why Huma Stayed,” but she is up to date on Kate’s baby...

Her favorite movie is “Dirty Dancing.” “No one sits Baby in a corner, one of the best lines in movie history,” she said.

I tell her she was the first candidate I’d ever seen on the trail wearing teal toenail polish.

“It matches my campaign literature, that’s the point of it!” she said excitedly, pulling two bottles out of her bag. “It’s the color of the blue on my posters so I’m trying to wear it all summer long.”

Ahh, Jesus, we just can't take it. We don't want to live in this world anymore. This started out as a blog post but thanks to Maureen Dowd it is the liveblog of our suicide. We're standing on the ledge and that is not some metaphorical shit. That is true-blue boundless despair, people. Don't make us read Dowd again. Goodbye, cruel NYT world.