Sunday Bloody NYT Sunday: Dowd Isn't Even The Worst Thing In It, There Are Also Sex Tips For Teens 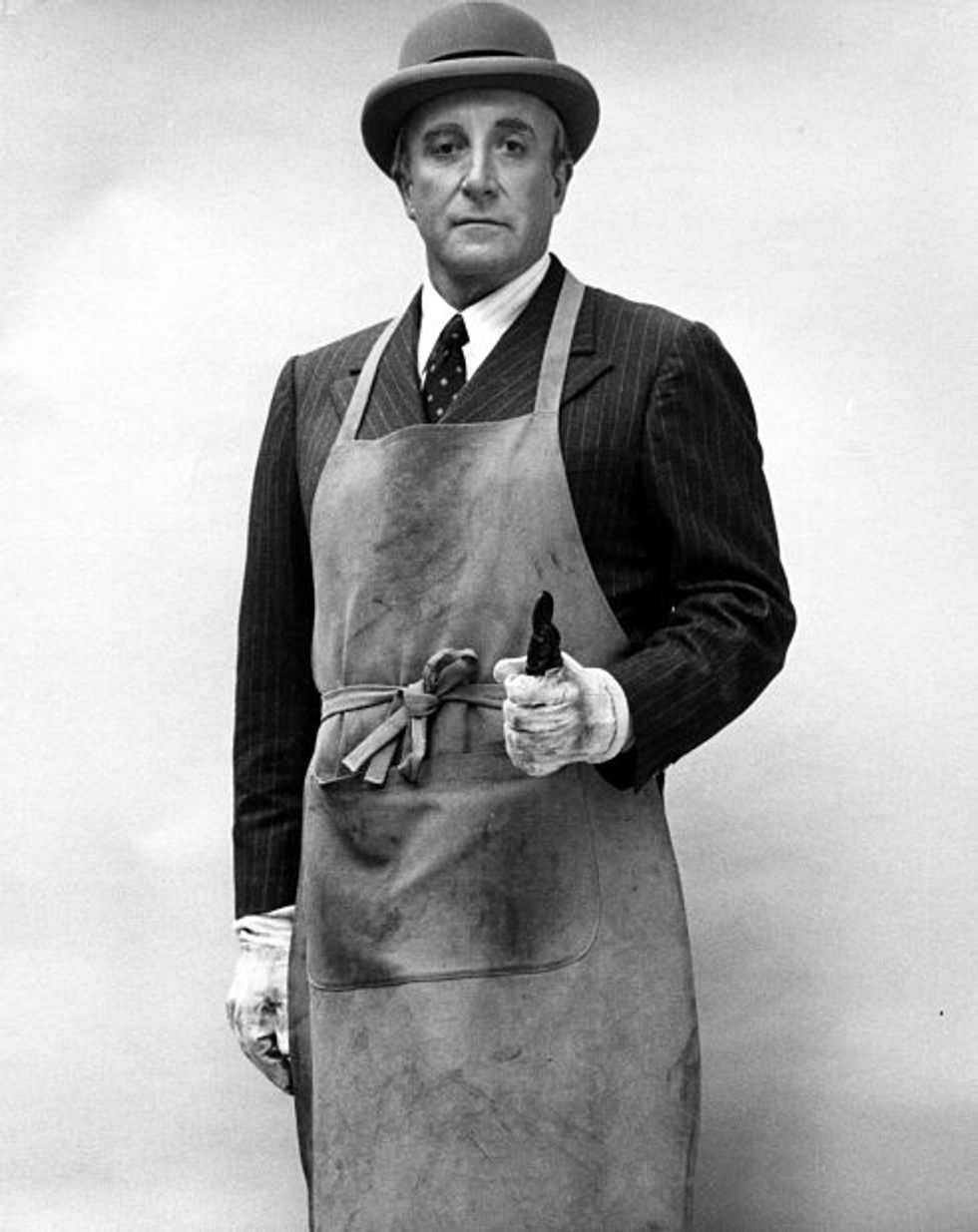 OK, people, let's do this. We're hopped up on enough caffeine that we've reached that hyper-aware glassy-eyed state of a long-haul trucker on speed. So let's do the damn thing!

But will it be enough? (Spoiler: No.)

This week, the Sunday Styles front page is mercifully actually about fashion instead of some hagiographic profile of how a famous powerful lady can bring home the bacon, fry it up in a pan, and host a fabulous dinner party. Instead, the front page article is about horse-racing in the Hamptons and there is the obligatory shot of a dude wearing the rich person casual uniform of blue blazer and white pants. So, we're chock full of class envy, though not NEARLY as much as we are about this $29 million condo that just sold because seriously?

There's also some misplaced bit of dumb about how if novelists took steroids, it would be just like baseball because their fingers would get real muscular-like and then they'd fall from grace or something. Question one: How on earth is this an opinion piece? Question two: How on god's green earth is this in a newspaper at all? At best, it is at the level of one of those stupid blog posts you have to read because a friend wrote it, or something you hate-read after someone yells about it on the internets. In no way, shape, or form should this thing be in the fucking paper of record.

The caffeine is wearing off and we're for real thinking that we might should maybe drop some acid before we move on to the opinion columnists. We can handle Frank Bruni today because he actually has a good column about the tangled laws and just general piles of sadness that surround the issues of assisted suicide. Good on you, Frank Bruni. We knew you had it in you.

Is Maureen Dowd still writing about the Clintons? OF COURSE MAUREEN DOWD IS STILL WRITING ABOUT THE CLINTONS. First, though, she makes an odd little detour to grumble about Bamz and how he still wants to make out with Hillz, because that is just not cool:

So Obama did not seem fully aware, with their cozy joint “60 Minutes” interview and their laughing al fresco lunch at the White House recently, that instead of co-opting Hillary, he looked like he was handing her the White House silver on a silver platter.

This has literally never happened in the entire history of politics. What a weird thing that a sitting Democratic president might big up a successor! To be fair, Dowd notes that this might seem like Bamz is bypassing Old Handsome Joe, and we might not be cool with that down the line either, but just because we love Joe Biden and want him to sex us up while wearing those shades does not mean that we think it is outrageous that Obama might be showing support for a possible successor. MoDo is only getting warmed up by yelling at Obama. It's her amuse bouche before digging into the real hate buffet that is her feelings about Hillary.

Yet while Barry is in the thick of it, the air is thick with Hillary. From the sidelines, she is soaking up a disproportionate amount of attention and energy, as though she were already Madam President.

She is supposed to be resting and off making $200,000 speeches, but instead she’s around every political corner.

The cicadas never showed up. But we can’t hear ourselves think here this summer over the roar of the Clinton machine — and the buzzing back to life of old Clinton enemies. Meanwhile, Obama’s vaunted campaign machine, which has morphed into a political group called Organizing for Action, has sputtered in its attempt to tear down Republican obstacles and push through his agend

How weird! Who would step down from a position in the president's cabinet and then prepare a run for president? Only a monster like Hillary Clinton, that's who! We're not going to even talk about the thick air and the cicadas and the "roar of the Clinton machine" because it is both so icky and so confusing that our brains might fall out of our head.

Ross Douthat has a column about why the WaPo had to be sold and it is because of some obscure British sitcom that he watched and you didn't and also too because the Post could have survived had they just kept John Harris and Jim VandeHei and -- oh Christ we just can't even. Ross Douthat as media critic is even worse than Ross Douthat as pretend progressive Catholic and now we wish we had no eyes and could have never seen this article.

Thomas Friedman is  especially Friedmanny today. He starts by pompously informing you, in a tidbit that should strike fear into the hearts of humans everywhere, that Thomas Friedman is filming a movie about how climate change led to Arab spring. You guys we are insanely terrified at the prospect of a Thomas Friedman movie. Related, we're also so goddamn terrified by the tortured analogy that is this whole fucking column.

Let's summarize so we don't have to quote, because oh god. Friedman takes some time to explain farming to us, because if there's one person we'd trust to talk about agriculture, it is Thomas Friedman. Friedman learned from some farming friends that monocultures are bad because you actually need some hot hot double-sided polyculture action when you're planting, so that one disease can't wipe out your only crop. Because Friedman is Friedman, he uses this tiny bit of farming knowledge to leap to the Middle East and McSplain how if only the Arabs would diversify their plants or cultures or something, then they'd be like hardy little prairie vegetation. Consider this your weekly reminder that Thomas Friedman is paid literally millions of dollars per year to think these thoughts.

We'll leave you with perhaps the most awful-est thing in the NYT this week. It is A Thing Rebecca told us we had to read because this whole NYT summary dealio was our idea and also, too, she could just fire us again and again and again. What's worse than everything else you can think of? Henry Alford. Henry Alford talking about sexytime for teenagers. Henry informs us that he'd probably let his wholly imaginary 16-year-old do the sexing under his roof, but not a 14-year-old because Henry Alford did not think about sex when he was 14.

If I had, say, a 16-year-old who was having protected sex in a committed relationship, I would happily allow him to sleep with his partner in my house. But at 14? At that age, I wore drop-seat pajamas and thought chlamydia was the innkeeper in “Zorba the Greek.”

PRO TIP FOR PARENTS! MUST CREDIT WONKETTE AND HENRY ALFORD!! Apparently the best way to think about your child's burgeoning sexuality is to arbitrarily decide what you were thinking about at that age instead of making any rational assessment about teenage sexuality and behavior. Also, too, Henry Alford would like to tell his imaginary child that there will be some dual sexytime in the Alford house:

But then if my child and his friend’s subsequent activities inside my home ever became a source of worry, I suppose I could always employ what I think of as the parent curveball. That’s where you guide your child and his loved one into your child’s bedroom while saying, “And in the meantime, your dad and I will be in our own room, doing the same thing.”