Sundays With The Christianists: A 'World History' Textbook That Knows All Science Is Prayer-Based 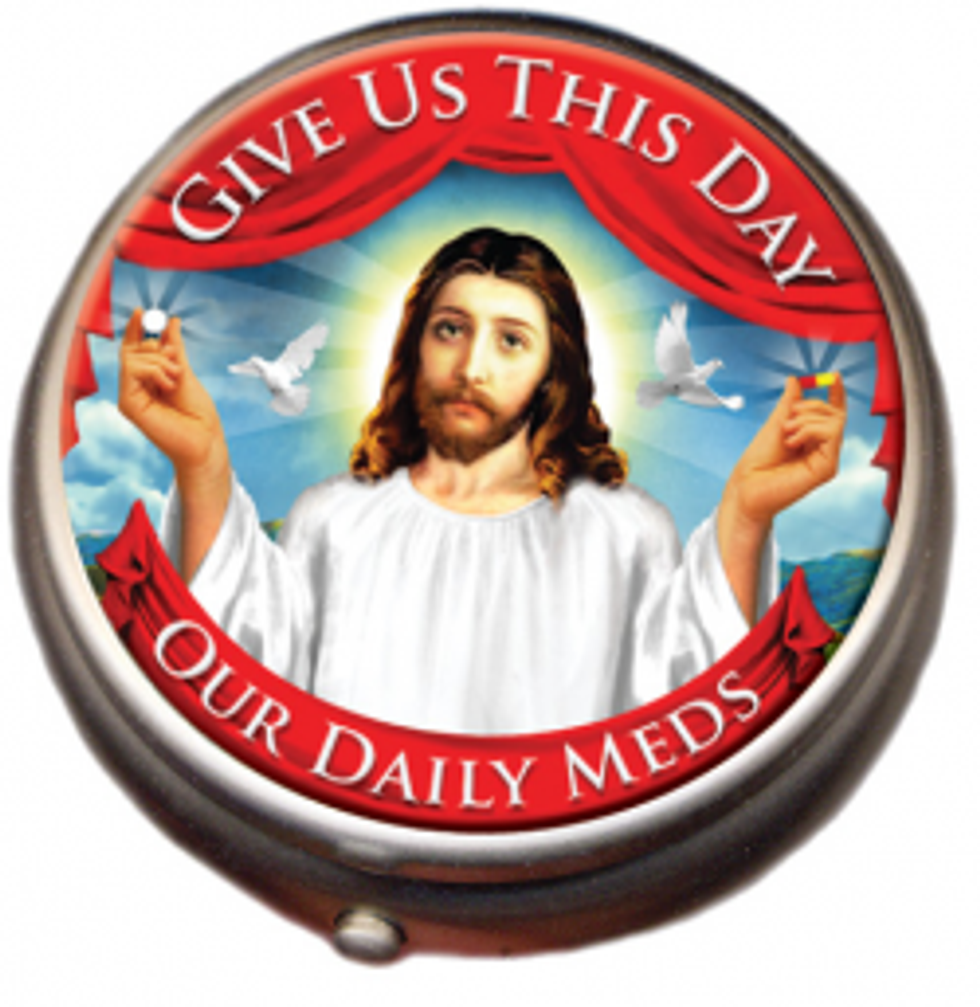 As has been pointed out, by this point in excavating our 10th-grade textbook for home-schoolers,World History and Cultures In Christian Perspective, we all know that the correct answer will always be "Jesus." Nonetheless, we will press on, because it's still a laugh to find out just how many problems with reality these guys have. As you may recall, last week, we looked at why liberalism is ther greatest threat to Western Culture (because not enough Jesus, duh). This week, we'll look at why a lot of science is not really scientific (spoiler: Because not enough Jesus).

Just to make sure their discussion starts off on a sound footing, the editors start with a bit of scripture, since that's where all real science comes from:

During the late-19th and early-20th centuries, several liberal philosophies arose in the name of science but were really "science falsely so called" (1 Tim. 6:20).

The lovely thing about this choice is that now the editors are even cherry-picking within their own Bibles: Paul isn't warning Timothy to avoid astrology, telephone psychics, or even evolution; he's warning about the influence of gnosticism, which the early church considered heretical. And it's only the King James version that translates gnosis as "science" here; almost all other Bibles, and even the KJV in 28 other instances of gnosis, translate it as "knowledge." But it sounds like Biblical authority to pick and choose among sciences, so sure, let's tell the kids that.

These pseudosciences (Greek pseudo: "false") and their founders all related to one another in their desire to strike down absolute truth and rebel against God.

Never mind the irony of people who insist that Noah's Ark explains the Grand Canyon using the term "pseudoscience"; we can only imagine how terrifying it must be to live in a world where it feels like everything around you is a trap designed to tempt you away from God's absolute truth. (Your Doktor Zoom was raised Catholic, so sin was, of course, everywhere. But we seldom heard that entire professional fields were founded on heresy.) The real problem with a lot of science, the editors say, is that it's based on all these dumb assumtions about reality:

The false philosophy that linked many of the pseudosciences together was positivism, the teaching of French philosopher Auguste Comte [1798-1857]. Positivism states that nothing can be known except observable scientific "facts," an idea similar to the older philosophy of empiricism (the belief that experience is the only source of knowledge). According to Comte, all knowledge was confined to what could be observed only by the human senses; anything that was considered spiritual was ignored. In fact, Comte declared that history showed how mankind had "progressed" from belief in God and the supernatural to "positive, scientific knowledge" . . . Comte later coined the term ”sociology" for his new "science" of human society.

Any science that fails to account for the possibility that angels might be jumping down on the scales or slaying microbes is therefore incomplete and invalid.

Now, you might think this was all building up to another rant on evolution, but this time, the focus is on the anti-Christian field of psychology, since, you know, it seeks to understand human behavior without including the eternal guilt we all bear for a lady who ate fruit:

The wicked influence of positivism, Darwinism, and religious liberalism caused people to lose confidence in the existence of a personal God and to turn instead to psychology (the study of the mind) for answers regarding human behavior. Sigmund Freud [1856-1939], a prominent Austrian psychiatrist, believed that man was a product of evolution and nothing more than a highly developed animal. He formulated a system known as psychoanalysis, which says that subconscious physical drives or irrational fears determine a man’s actions. According to Freud, man is not responsible for his behavior, and any guilt experienced by someone over his actions can be relieved by blaming his subconscious drives. Freud’s liberal claims denied the Biblical teachings that man is born with a sinful nature and is in need of salvation through Jesus Christ.

Of the many critiques we've seen of Freud, this is easily the looniest: Freud's theories aren't problematic because they're more like literary theory than science, but rather because they just aren't sufficiently theological. They also say much the same about the behaviorists, ignoring the evidence that, yes, we really do respond to conditioning, and of course they scoff at B.F. Skinner's "beyond freedom and dignity" line. The real focus of their anger, of course, is how these evils have come to be accepted, even though it's plain on the face of it that they're completely bogus. It must be a devilish plot!

Focusing on man’s physical conduct and functions, behavioral psychology claims that education should consist of psychological "conditioning," giving man a tool for programming individuals to fit in with what the conditioners define as the "good of society." Sadly both behavioral psychology and psychoanalysis form the philosophical basis for much of education and criminal justice today.

The government schools are just brainwashing, is what they are! But...we thought all of it was bogus, so why are they so worried? Is this like how they freak out over Harry Potter and Dungeons and Dragons, which they worry will lead kids to studying the dark arts...which...uh, aren't real? Or are? Needs more Jebus, in any case.

So, then, let's close with a discussion of what real science is about:

In contrast to these pseudoscientific ideas stand the genuine accomplishments of true science in the 20th century. While positivistic "scientists" tried to discover "laws" that set mankind drifting away from absolute truths, real scientists devoted their time and talent striving to understand the absolute order and harmony by which God designed and created the universe. True science follows God’s command to "subdue the earth and have dominion over it" (Gen. 1:27-28), rather than trying to subdue mankind with false philosophies. Indeed, true science’s view of absolutes has been the basis for all great scientific achievements throughout the ages.

You will be astonished to learn that, after this setup, the editors do not see fit to provide a single example of a 20th-Century scientific discovery that was rooted primarily in understanding God's perfect order and harmony. With that stuff about subduing the earth, maybe they mean coal mining.

Also left up to the reader to puzzle out is whether it is acceptible for good Christians to avail themselves of psychiatric medications; are they supposed to just pray away their bipolar disorder, or would they be allowed to benefit from medications that were conceived in a wicked, positivist view of the brain, as long as they continue to see themselves as essentially sinful and depraved?

Meh, the hell with 'em. We're more in tune with the positive positivism of They Might Be Giants: