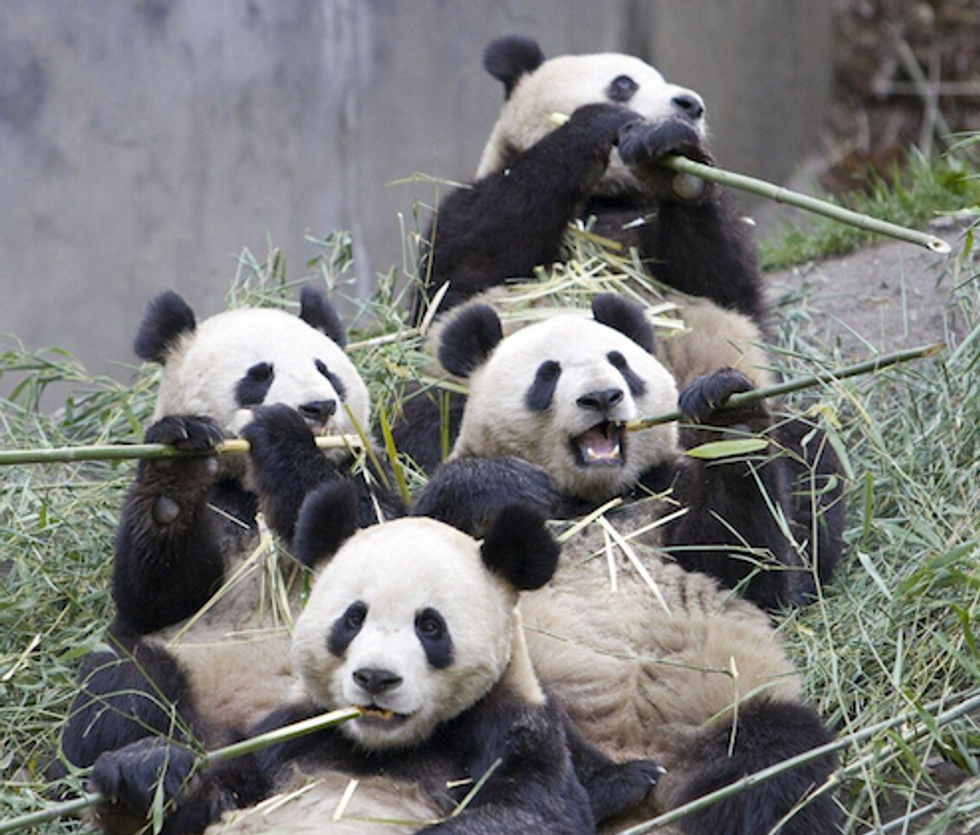 It's Friday afternoon. You're either immersed in the Olympics or avoiding the Olympics or drunk already or a combo of the two. Why not take a break from all that and join us for some totally legit nice time?

You know how often we have to write about terrible people being terrible and literally ripping food out of the hands of hungry children because their parents haven't paid up. Yes, we said "have to" because it happens ALL THE TIME. But today, we get to bring you a nice time story about a dude who paid up the delinquent lunch fees of a bunch of kids, because this guy is unironically literally the best.

[Dallas resident Kenny] Thompson found that dozens of children in his area were on “reduced lunches”–meaning that instead of a hot meal, they got cold cheese or peanut butter and jelly sandwiches, because their parents had fallen behind on payments on the lunches–which cost about 40 cents a day.

So he decided to do something. He forked over $465 of his own money to cover the debts of the over 60 students whose accounts had gone into the red.

Let us wax rhapsodic about Kenny Thompson for a few minutes here, because that is some solid bit of humanity there. He says he paid accounts off so that kids wouldn't have to worry about such things, and because kids often didn't get into the lunch line if they had a negative account because they didn't want to be embarrassed. That is a seriously kind thing to think about and worry about and resolve, and if we met Kenny Thompson we would buy him a beer or coffee or whatever it might be that he would want to drink.

Now, on to the yelling. Can we just point out the bullshit awfulness that is living in a nation where 40 cents per day is too much to spend to feed kids, because seriously that is the worst. We are the worst. Every school district should just do what Boston does and make lunch free for all kids. Why? Because the administrative burden spent calculating who gets what and why and what you can spend federal money on and what you can't is insanely expensive and time-consuming. Take it from yr humble correspondent, who has actually worked with school lunch regulations. Those things are a hellscape nightmare to figure out and comply with, so avoid that and just buy your kids lunch, for fuck's sake. Also, not doing it makes school districts -- and all of us -- complicit in KIDS NOT FUCKING EATING. IS that something you are really down with? Let's hope not.

Given that you're probably not going to make your local school district go all fancy Massachusetts socialist like the commies in Boston, maybe consider doing what Kenny Thompson did. Just walk into a school and throw down some money and ask for it to be paid against delinquent accounts. Doesn't have to be a fancy amount of money. Doesn't even have to be three digits. Just go to the cash machine, get yourself a yuppie food stamp aka $20 bill, and throw it at a few accounts. You'll feel fucking awesome about yourself and some kid in your town won't be eating the poor kid shame lunch or worse, the nothing lunch, come next week.