Supreme Court Did Another Bad Decision, Waited Till You Were Drunk To Tell You 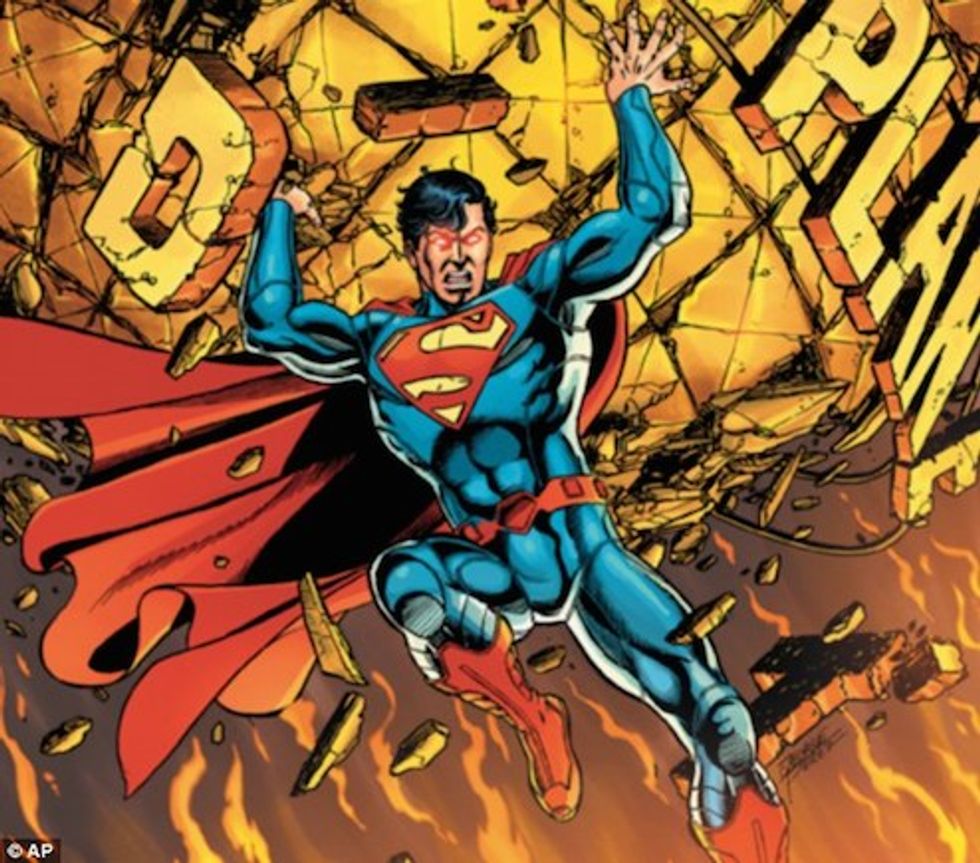 Usually, it is the legislative and/or executive branches that do a late-afternoon pre-holiday weekend news dump, hoping to hide something especially egregious in plain sight, thinking you'll be too busy to notice because you're picking up two cases of Bud Light Lime and an absolute fuck-ton of M-80s to take to the cabin. This year, however, we got the treat of seeing the Supreme Court engage in this time-honored tradition, dropping yet another order that is all about ensuring sluts don't get birth control because Jesus.

Remember last week? Haha you probably do not, because of the fact you drank 48 bottles of beer over the weekend and deafened yourself from firecrackers. Let us refresh your memory. First there was the godawfulness that was the Hobby Lobby decision. Then, there was the added fuckery that was the additional six SCOTUS orders that made clear that the Supremes were going to let businesses refuse to provide any form of birth control that might make their sky god feel sad, even though the Hobby Lobby case was only about four kinds of birth control.

Apparently, the Supreme Court decided that it hadn't behaved abysmally enough, so it decided late Thursday to grant an injunction to Wheaton College. Let us tell you all about Wheaton College. It's a creepy Christian college in Illinois that cannot possibly fill out an Obamacare exemption form that would allow them not to provide birth control but would require their third-party insurer to provide the birth control, because doing so would mean that some ladies that worked there would not be entirely blocked from ever getting birth control, and that is simply unacceptable.

They filed lawsuits claiming that the mere fact of signing a form noting their religious objection to contraception coverage triggered third parties to provide the contraception, which triggered women to have access to morning-after pills and IUDs, which in their view were akin to abortions, and thus violated their religious consciences. Signing the form, they said, was the same as actually providing the contraceptives themselves.

You know, we forgot just how fucking ridiculous that argument sounded. Thanks for reminding us, Wheaton College.

So the Supremes agreed that it was a goddamn national emergency that Wheaton College might have to sign a fucking form, and granted an injunction that allows them not to sign said fucking form.

We'd be pissed about that in any event, but we are extra pissed because giving them their super secret double emergency injunction makes even clearer that Hobby Lobby was not about Hobby Lobby. Hobby Lobby was about maximally screwing over women, and the conservative majority on the Court is going to do so with the sort of impunity that only an all-powerful appointed for life body can muster.

Yet in yesterday’s order, the conservative justices said this procedure — signing a form — is itself an unacceptable “burden” on Wheaton College’s religious freedom.

Man, when the Supremes bait and switch you, they really do an excellent job of it. So basically the government (and women!) have to lose in Hobby Lobby because what the government should have done is let Hobby Lobby -- which is not, we remind you, a religious institution -- do the same kind of form filling out thing that religious organizations would do, thus cleansing their lily-white Jesus hands from ever having to provide birth control. But wait! Three days later, the government (and women!) have to lose because that exact alternative of the whole filling out the form rigamarole is now too burdensome for religious organizations (and, we might presume, for the Hobby Lobbies of the world as well) and also too makes the baby Jesus cry.

Of course the women justices dissented from this nonsense order and even called the rest of the Court out on their shit.

The move sparked a blistering dissent from the Court’s three female justices, in which they wrote, “Those who are bound by our decisions usually believe they can take us at our word. Not so today.”

You know, we really can't say it any better than that. You always knew that the conservatives on the Court were unprincipled fuckers. Now you just have it in writing.