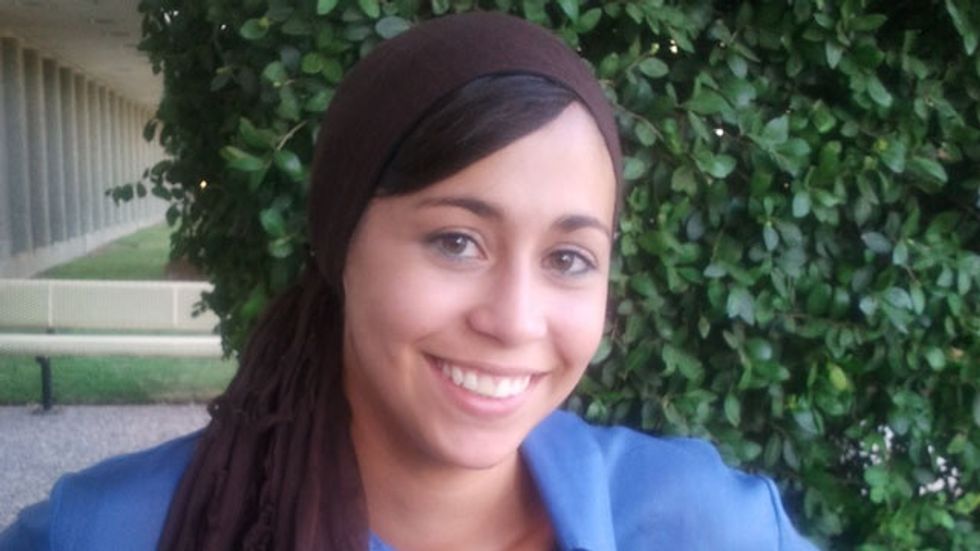 The Supreme Court has ruled in favor of a Muslim woman who sued douchey prepster image factory Abercrombie & Fitch for refusing to hire her because she wore a headscarf to her job interview. Would you believe this is not Abercrombie's first court case involving Muslim women wearing head scarves? Surprise! Brace yourselves for the inevitable squeals about Creeping Sharia taking over or something.

On a 8-1 vote, the court handed a victory to the U.S. Equal Employment Opportunity Commission (EEOC), a federal agency that sued the company on behalf of Samantha Elauf. She was denied a sales job in 2008 at an Abercrombie Kids store in Tulsa when she was 17.

Elauf was turned down for the job because her hijab violated the company's "look policy," which requires salespeople to look like the kinds of douchenozzles you'd expect to be wearing Abercrombie & Fitch crap. Or as Reuters put it, "the brand's East Coast collegiate image." The company's unofficial policy, of course, is more like a personals ad: "no fats/no femmes" (but sweatshop labor OK).

The court, in an opinion by Justice Antonin Scalia, ruled that Elauf needed only to show that her need for an accommodation was a motivating factor in the employer's decision.

"A request for accommodation ... may make it easier to infer motive, but it is not a necessary condition of liability," Scalia wrote.

No, this probably does not mean that followers of the Flying Spaghetti Monster are likely to be able to sue for damages if no one hires them because they wear colanders on their heads.

The only dissenting vote was from Clarence Thomas, who said that as long as a "neutral policy" barred all scarves and other headwear, there was no discrimination, just like policies banning pubic hairs from Diet Coke cans weren't necessarily discriminatory as long as they applied to both men and women.

Muslim groups, in a friend-of-the-court brief filed in support of Elauf's position, said that women wearing head scarves are frequently the target of employment discrimination. In addition, the EEOC reports that Muslims are currently filing more employment discrimination claims than any other group, and that they are also more likely to be refused religious accommodations from employers than any other religious group.

In her original case, a Tulsa jury awarded Samantha Elauf $20,000 in damages. As of yet, we haven't seen more than a few panicky "Sharia Law!" tweets, and the mandatory freakout at Free Republic, and one terrified post at a gun-humper forum predicting that The Muslims will be banning bacon next. But give them time.