Supreme Court Wonders, But What IS Phone? 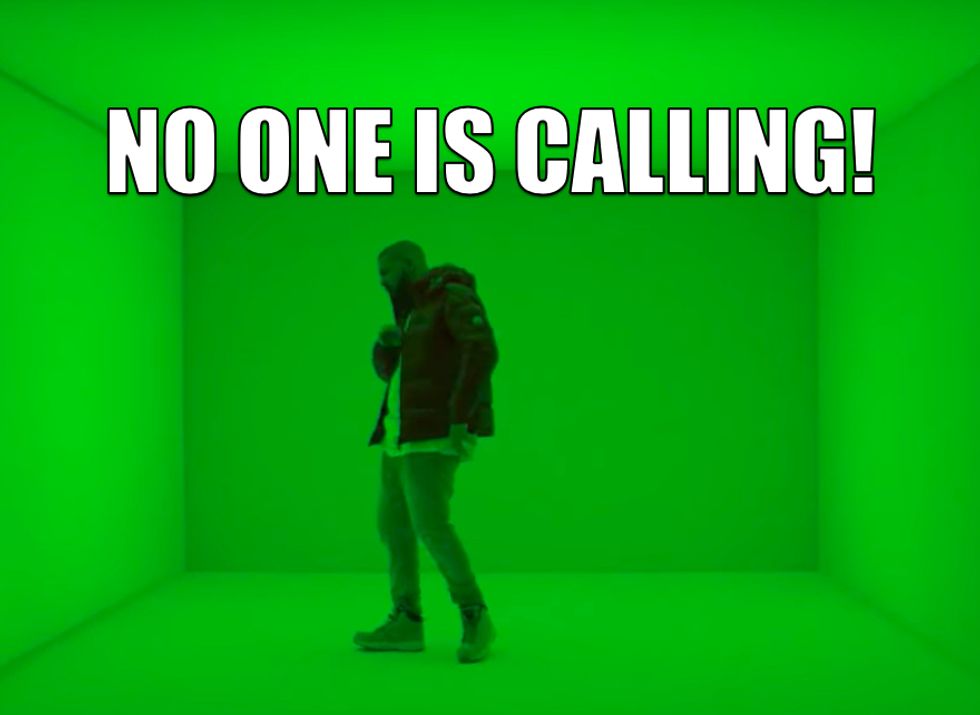 Every Friday night, the extended Feminist clan gathers around the table to eat roast chicken and challah, for which I, your Five Dollar Feminist, am profoundly grateful. At least once a month, my 93-year-old grandfather and my teenage son have the following conversation.

GRANDPA: You're such a handsome boy! Pretty soon the girls will be calling!

TEENAGER: Thanks, Grandpa. But you know, really no one will be calling. Ever.

I share this touching Norman Rockwellsteinberg scene with you not to brag -- although he is a handsome boy indeed -- but because it is such a fitting metaphor for a case argued yesterday at the Supreme Court. In Carpenter v. United States, the DOJ lawyer doggedly insists that the thousands of data points generated every day as your phone pings various cell towers are just like the old fashioned list of numbers dialed from your grandfather's landline 50 years ago. And the plaintiff's lawyer says, "Well no, Poppy. Not really."

In 2011, Timothy Carpenter was part of a crew that robbed Radio Shacks in the Detroit area and stole -- you guessed it -- cell phones. The police could have established probable cause and gotten a warrant, but instead they went to a magistrate who ordered the phone company to grant access to 127-days-worth of retrospective data from area cell towers. The police matched calls routed through the towers to Carpenter's phone, establishing his location near the crime scenes. Which is why Mr. Carpenter will be spending the next 110 years in jail, regardless of the outcome of this case.

Under the Stored Communications Act and the third-party doctrine, there is a low evidentiary bar for police to gain access to "phone" records. If you voluntarily turn your data over to a third party, like a bank or the phone company, then you have surrendered some of your privacy and property rights to that data. So when the government comes knocking with what is basically a subpoena, you can't object if the phone company hands over your info.

Except in this instance, Carpenter's lawyers did object, arguing that location data from Carpenter's mobile phone was qualitatively different from a list of outgoing and incoming calls to a landline. If this was an open question six years ago, it certainly isn't today. In 2011, cell towers could establish only that Carpenter made calls in an area about half the size of a football field. Today, tower data can locate a phone within a few feet. And as Justices Kagan and Sotomayor noted, young people even take their phones into public restrooms these days. Egads! So locating the phone means tracking the owner all day, every day.

Michael Dreeben, arguing for the DOJ, clung steadfastly to the argument that cell phones are just phones, location data is just a business record, and if people don't like it they can just forego all mobile communications. Which might have persuaded Justice Kennedy,

Well, frankly, if -­- if we're going to talk about normal expectations and we have to make the judgment, it seems to me there's a much more normal expectation that businesses have your cell phone data. I think everybody, almost everybody, knows that. If I know it, everybody does.

I mean, people know, there were all these commercials, "can you hear me now," our company has lots of towers everywhere. What do they think that's about?

But Justices Kagan, Sotomayor, Ginsburg, Roberts and Gorsuch were not buying the CELLPHONES ARE JUST PHONES argument. They took turns batting around poor Mr. Dreeben, who can't be blamed because Jeff Sessions sent him up there to argue such a loser of a case. (Today he's back at his real job on the Mueller investigation, so Godspeed Mr. Dreeben!)

Justice Breyer seemed most interested in grappling with the practical effects of companies keeping mountains of personal data on their customers.

I agree with you that the law is at the moment third-party information is third-party, with a few exceptions, but it may be that here another exception should exist for the reason that the technology, since the time those cases have - has changed dramatically to the point where you get cell phone information, the tower information, and put it together in a way that tracks a person's movement for 274 days or whatever, is an unreasonable thing for the government to do. Assume that's so. Now, one thing that is bothering me about that line is what I said before. I would like your reaction as to how to draw such a line, if we draw it.

Was this search for a practical solution a rebuke to Justice Gorsuch, who banged on for eleventy minutes about whether customers have property rights to their data, as opposed to privacy rights, which conservatives do not like? MAYBE!

Justice Thomas said nothing, as usual. Perhaps he was humming Drake under his breath.

Don't feel bad, Drake. We should probably stop calling it a phone anyway. Because really, no one is calling, Poppy. Like ever.

Please click here to fund salaries, servers, and lawsplainers. We promise not to use your contribution to install a button to lock the office door remotely, because Your Wonkette is not a creep!