Surprise, Breitbart Writer Does Not Know What 'Orwellian' Means, How To Read 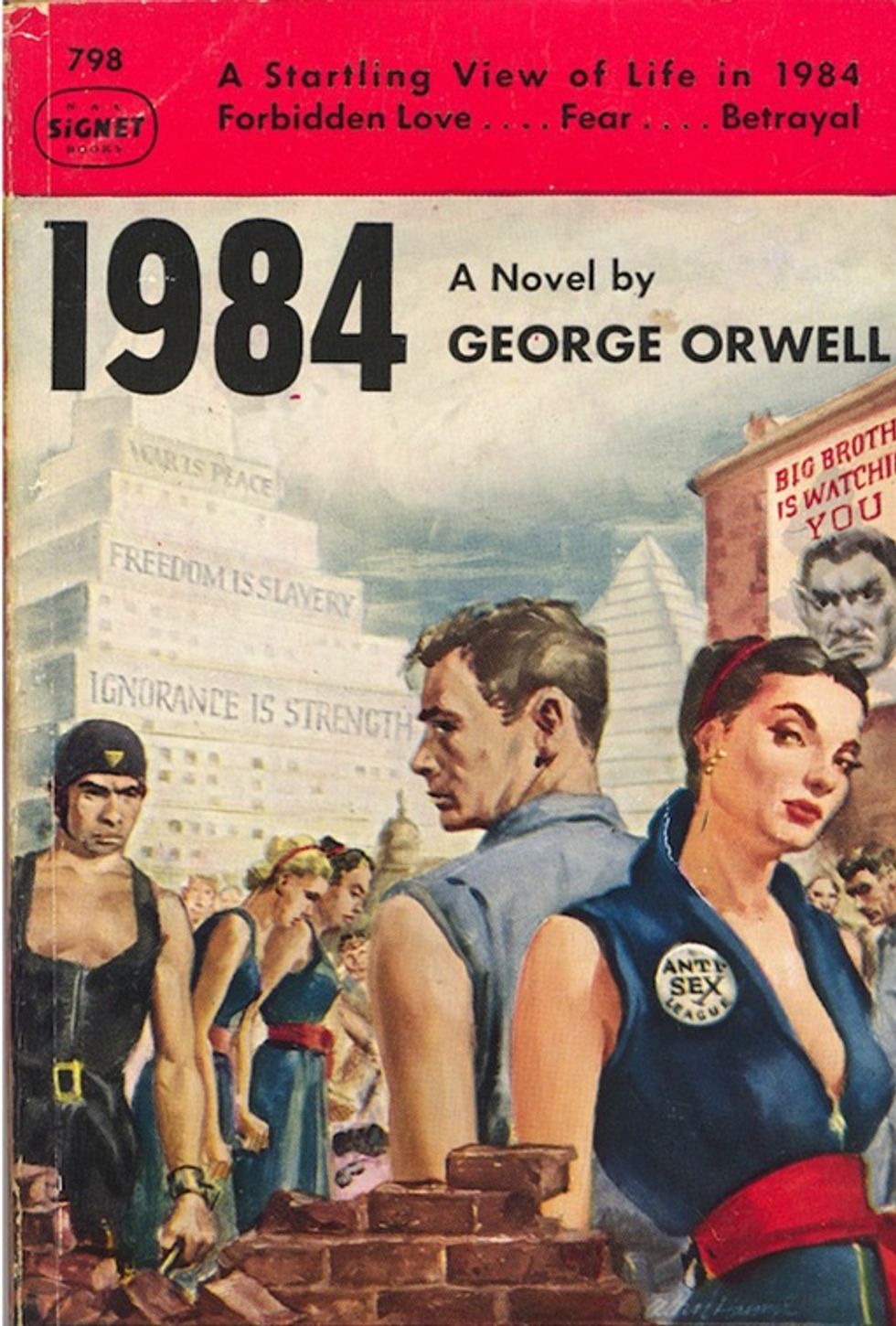 If it's Tuesday, it must be time for someone on the internet to be fretting that English Is Doomed, and so is America, because of [Insert paranoid delusion du jour]. And so let us spend a moment withpoor Merrill Hope at Dead Breitbart's Internet Institute for the Very, VERY Nervous, who has discovered that the Common Core educational standards are often discussed using a lot of jargon, that jargon is Orwellian, and therefore Common Core will destroy both English and Freedom. And then by lunch tomorrow, there will be a new threat, possibly involving voles.

Hope blathers on for entirely too long about the threat to clear communication posed by either the Common Core standards themselves, or maybe by the educational jargon used by professionals when they talk about Common Core, or maybe both. Basically, she worries that "Core-Speak" is intentionally jargony, so as to exclude any outside criticism of Common Core: "It's a precisely crafted world of words that guarantees no parent on earth can possibly understand it." Jargon, says Hope, is bad because it is specialized and exclusive and full of buzzwords, as if that were peculiar to university education departments. She is upset that there are so many buzzwords in educationese, especially in discussions of Common Core:

Oh, so many words! It must be bad! As if you wouldn't find similar specialized vocabulary in any other field of study. (Mind you, making fun of jargon is always fun; what's disingenuous is Hope's suggestion that education is somehow more prone to such duckspeak than any other field -- she should spend five minutes listening to a couple of military officers talk to each other, for instance.)

Ah, but do we merely pick nits? We do not. Look at this abomination of a paragraph:

Novelist George Orwell knew it too. In his bleak, futuristic meme Nineteen Eighty-Four, the supporting character of Syme was the linguist who developed Newspeak, the language of supreme leader Big Brother and the governing Inner Party. Syme's job was to destroy all words from Oldspeak (Standard English) and replace them with streamlined Newspeak words. Early on in the book, Syme explained Newspeak by saying "every concept that can ever be needed will be expressed by exactly one word, with its meaning rigidly defined and all its subsidiary meanings rubbed out and forgotten."

Meme? Meme? Frankly, we've had just about enough of this sloppy writing being jammed down our tropes. As to her invocation of 1984, yeah, sure -- language has political dimensions, and specialist language tends to exclude nonspecialists. Also, let's just make a note, for the record, that this is example #468,987 of a rightwing writer invoking George Orwell, the lifelong socialist, as a guy whom they admire.

Hope is especially concerned about the concept of "precise words" in writing standards, which, for all her fears, really does not mean that only one word is acceptable for a given situation. But to prove that there's something sneaky going on, Hope claims that "Students are to use important words like those on the Academic Word List (AWL)." That link, however, goes not to anything from Common Core, but to a privately run website full of English as a Second Language resources that appears to be maintained by a volunteer who likes words a lot. Hell, she could have at least linked to a list of SAT words.

And then, Hope gives us this evidence of linguistic tyranny in the making:

Oddly enough, the Butte College tip sheet on "How to Write Clearly Using Precise and Concise Language" suggests using precise words like "visage" instead of "face," "endeavors" instead of "tries," "cognition" instead of "thought," "subsequent to" in place of "after," and "at the present time" instead of "now."

Does Hope's link say what she thinks it does? Hahahaha, don't be RIDICULOSE. The tip sheet actually warns student writers against using fancy words for fancy words' sake:

Never sacrifice clarity to novelty. This sometimes occurs when student writers work with a thesaurus in one hand, choosing substitutes from a list of approximately similar, though unfamiliar, words. "Visage" replaces "face," "endeavors" replaces "tries" ...

So the nice people at Butte College (whose suggestions for writing clearly are somehow now mandating national policy) are actually suggesting the exact opposite of what Hope says they are. Surprise!

And while the tip sheet does indeed suggest using "concise language," Hope pulls her example from a completely different part of the page, and she's completely wrong in suggesting that the Language Czars are telling students they must always use "youth" and never use other words (possibly on pain of being sent to a FEMA camp). In reality, the website suggests:

Choosing precise nouns makes it unnecessary to add layers of descriptive adjectives that lengthen sentences and comprehension time. (Your adjectives, anyway, will have greater impact if they are not overused.) Compare the following generic nouns on the left with the more connotative suggestions on the right:

Seriously, Merrill Hope, did you write this whole piece just to see if anyone would check your goddamned sources to see how badly you butchered them?

Once she has decided that a community college's suggestions for clear writing -- which she has actually gotten backwards, in two separate cases -- have become an ironclad dictate for using the smallest words possible, Hope can build to her big "English is dying" finish:

Perhaps, the greatest tragedy is this dismantling of the English language. Unintelligible yet precise Core-speak that will erase the richness of words as we know them? Buh-bye connotations, innuendos, nuances and all. Sorry, no more flavor for you in your words. You have hit the Fed Led Ed word quota ceiling.

We predict that English is actually a hardy enough language that it will survive both the Common Core standards and the best efforts of Merrill Hope to turn it into mush.

We are, however, looking forward to hearing more from her -- who knows what kind of zany misunderstandings she might wring out of Orwell's The Road to Wigan Pier?