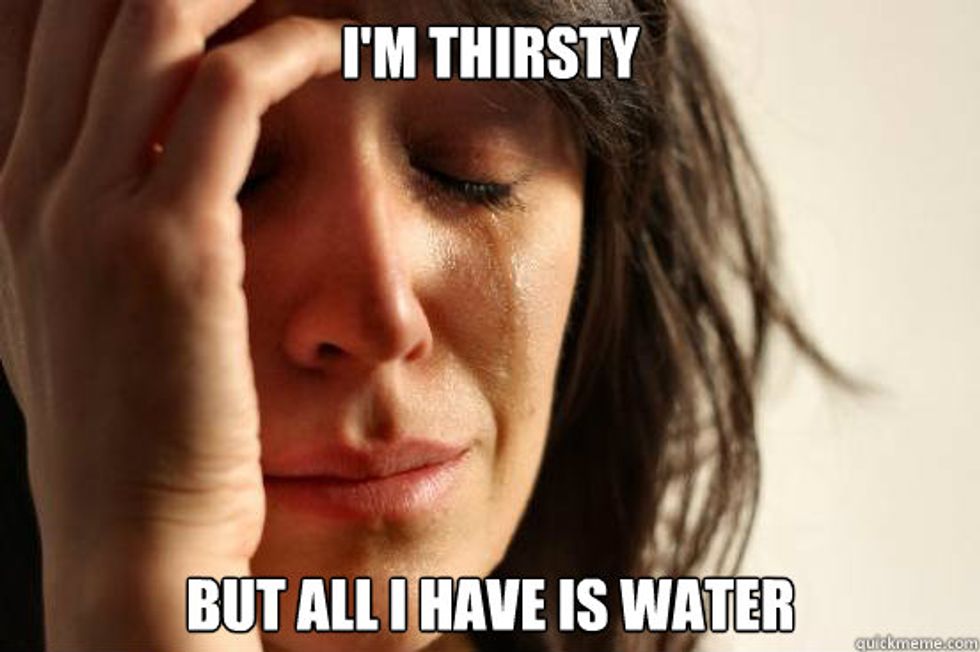 Fracking, it appears to be kind of dangerous! Beyond the fact that the byproducts of the unnatural drilling process seem to cause earthquakes in all kinds of fun places what usually do not get to experience damaging earthquakes, it is believed to be responsible for injecting toxic sludge into the water supply, and generally polluting everything up right nice. Noise pollution, air pollution, water pollution -- pick a pollution, and fracking will probably do it to you. In Pennsylvania, where 1,400 environmental violations have been cited as a direct result of the practice, you might be very surprised to learn that poor people are bearing the brunt of it, and that all their water is brown and gross, because they do most of the fracking in very poor areas. What, did you think they were going to do it in gated communities?

Whether the industry is responsible or not, new research makes it clear: If you see a fracking site in Pennsylvania, chances are it’s in a poor, rural community. In a study published in the June issue of Applied Geography, Clark University scientists showed that when it comes to potential pollution exposure from fracking, “the poor are the most affected population group.”

“Our analysis shows that environmental injustice was observed only in Pennsylvania, particularly with respect to poverty,” the study reads. “In seven out of nine analyses, potentially exposed tracts had significantly higher percent of people below poverty level than non-exposed tracts.”

“So in turn, they’ve been able to fund projects and lower property taxes,” he said. “Farmers can buy new equipment, pay off debts … in a way it’s a blessing for these communities.”

JANE, YOU IGNORANT SLUT, replies Deb Cardone of the Sierra Club, who points out dumb, obviously anti-capitalist details like "those jobs come and go" and "those jobs kill workers a whole lot," and that even when they don't outright kill workers, they come with major health risks, not just for those workers but for everyone in the region. In fact, there are studies to back that up!

PSHAW SCIENCE, replies Massaro, who says that for one thing, all kinds of industries can be unsafe when they're done wrong -- he doesn't actually say whether Pennsylvania is doing it right or wrong, but details -- and that also those poor fuckers' water wells just aren't made right and OTHER pollutants can get in there, making the water brown and sludgy. And there all you liberals go, blaming it on the completely safe, wonderful, innocent fracking wells.

At this point, the Sierra Club lady, we assume, banged her head on the nearest hard surface for eleventy-nine hours before pointing out that maybe poors don't have the money to prove it comes from fracking, due to their poorness. But WHATEVER is causing it, the people in the towns she visits have to have clean drinking water delivered by truck, because the  completely coincidentally, unsafe well water is disgusting and brown and probably going to sprout legs any day now. No big.

Oh well, poor people. Sorry you are getting fucked again. Hopefully somebody up Pennsylvania way will get mad enough to do something about it.