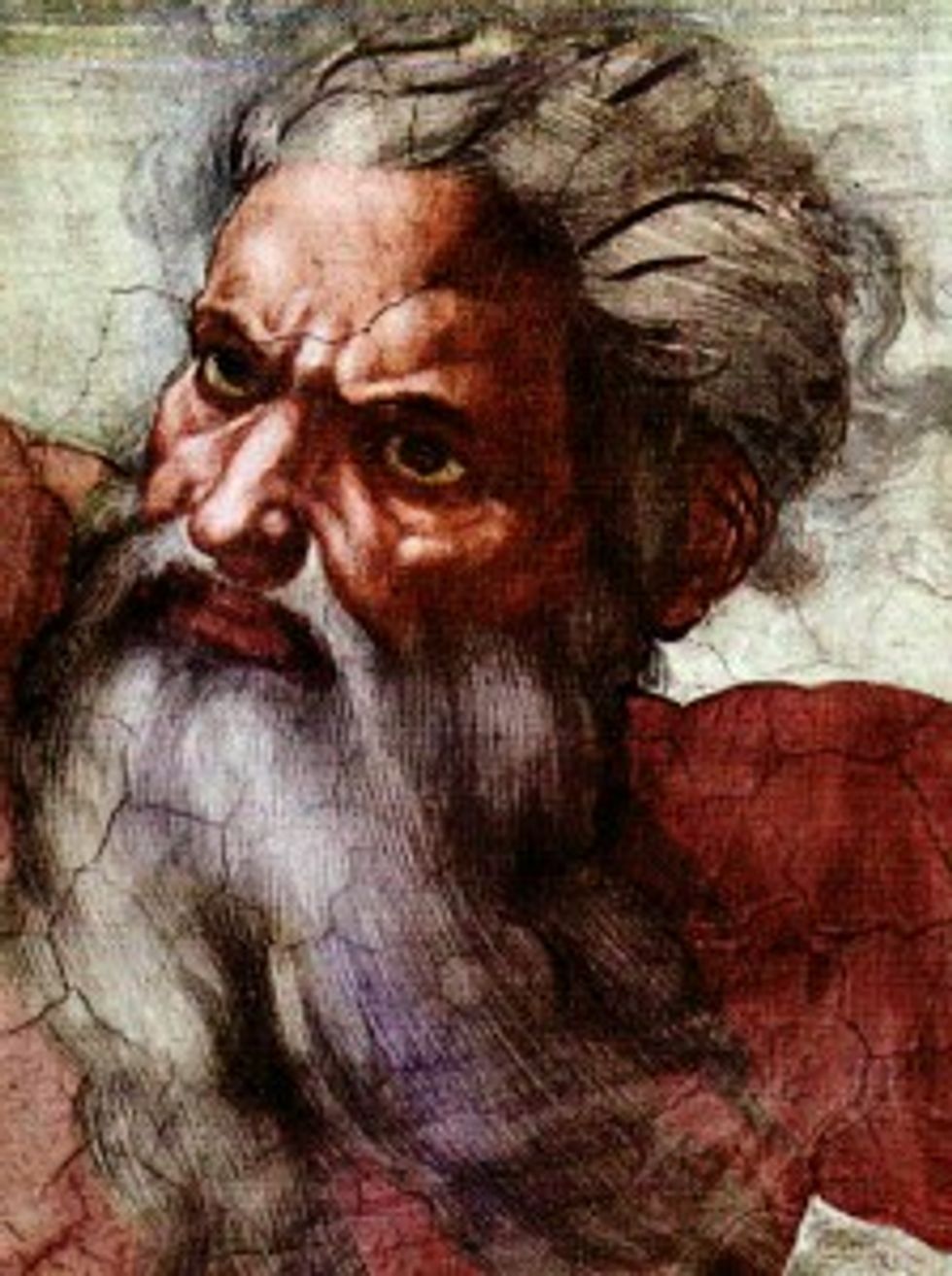 A new Baylor Religion Surveyshows that one in five Americans wants to dismantle the government and its heathen sets of economic regulations because this segment of politically conservative folks, the religious nutters, believes that the almighty old white God dude gets into a snit and refuses to do His job running the economy effectively if there are actual human beings (i.e. government) standing in the way tweaking the controls. God hates competition, pretty ironically! "They say the invisible hand of the free market is really God at work," said survey co-author Paul Froese. Basically, think of the economy as "sex" and government regulations as "a condom," which makes a socialist public safety net the religious equivalent of an ongoing abortion.

"They think the economy works because God wants it to work. It's a new religious economic idealism," with politicians "invoking God while chanting 'less government,'" [Froese] says.

"When Rick Perry or Michele Bachmann say 'God blesses us, God watches us, God helps us,' religious conservatives get the shorthand. They see 'government' as a profane object — a word that is used to signal working against God's plan for the United States. To argue against this is to argue with their religion."

Most (81%) political conservatives say there is one "ultimate truth in the world, and new economic information of cost-benefit analysis is not going to change their mind about how the economy should work," Froese says.

Yes, and "cost-benefit analysis" is the equivalent of SIX ongoing abortions for anyone keeping score at home. Do NOT mess with rational "analysis," guys, for your own eternal souls. [USA Today]