Tagg Romney To Be Our New George W. Bush 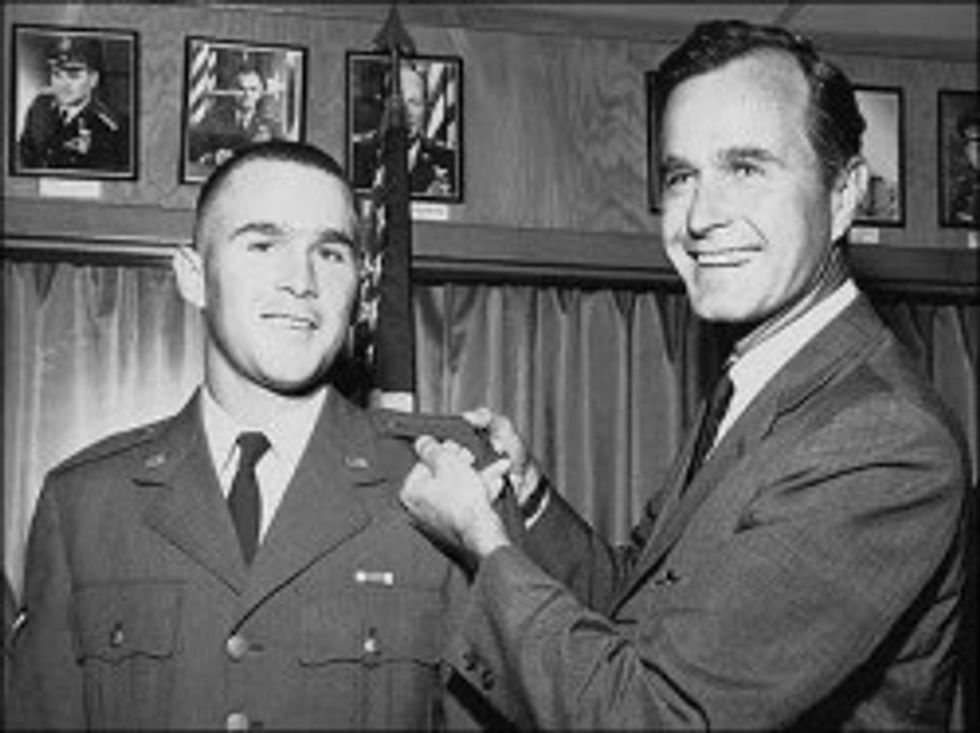 Do you ever wish you could see into the future? Well thanks to today'sPolitico story on how the Romney family has finally wrested control of Miffed's campaign from the seriously incompetent Stuart Stevenses et alia, we now know that Tagg Romney has taken on the role of enforcer in his dad's campaign. This makes him, obviously, the new George W. Bush, who played the thug so well for his own father's presidential runs. (Egg Romney, duh, is the new Nancy, stone cold firing Donald Regan and shit.) Does that mean Tagg Romney for president in like 2024? HOPEFULLY!

Now, to us the most important part of this story is how Miffed Romney is a gullible sap who listens to bad advice from everyone and then takes it. (Because that is how leadership works.)

“Romney gets buffeted by all this advice because Romney takes everybody seriously,” the family friend said. “He thinks, ‘Well, gee, I’m talking to businessman X or C or Y. They’re really smart. That’s something I need to factor into my thinking.’"

Other fun parts of the story include that Tagg and Egg had to have an intervention to get Ol' Mittens to stop listening to everyone's bullshit. They were the ones who were all like, "oh hey, why not try being moderate again, like you should have done immediately after you'd wrapped up the nomination, idiot?" It is Tagg's job to keep Romney in a bubble away from people who would give him advice. It is Egg's job to be mad all the time. It is "chief strategist" (not anymore) Stuart Stevens' job to say things like "Whatever you do, don't give a speech on foreign policy, because that would be an opportunity to demonstrate some level of comfort with what amounts to like half the president's job," and "the best way to win [is] to point out President Barack Obama’s flaws and articulate generic promises to do better." (That last one is actually a real paraphrase from Politico. Yowch.)

"Generic promises to do better" sounds like not at all the worst strategy since the Redcoats stood in formation to be murdered by our domestic terrorists! We hope Stuart Stevens runs every GOP campaign for the rest of his natural life, and then the ones for Zone Three ward boss in hell.

Anyway, get used to Tagg Romney, friends. We will probably have him to kick around for a long, long time.