TAKE AWAY THAT CELL PHONE FROM YOUR COMPANION RAT! HURRY! DO IT NOW! 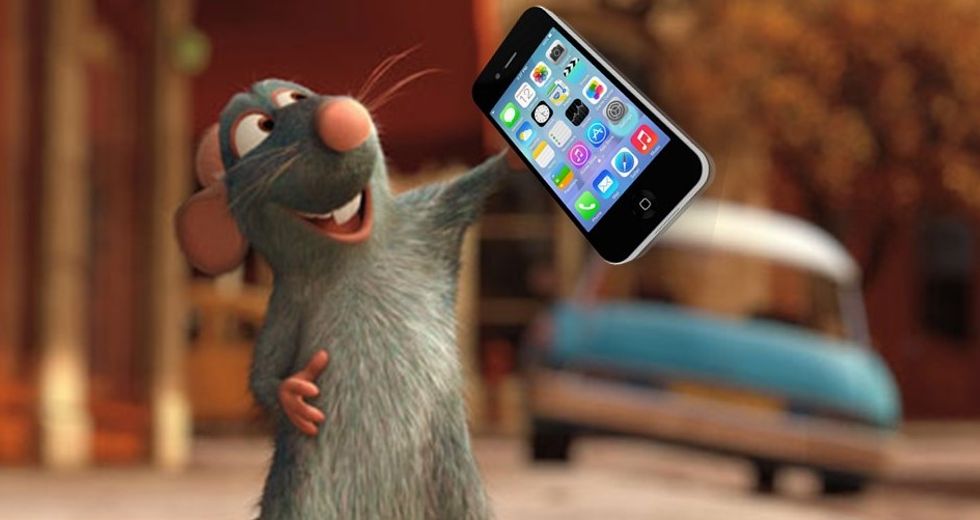 Recently, the National Toxicology Program (part of the US Department of Health and Human Services) put out new data showing that High Exposure to Radiofrequency Radiation is Linked to Tumor Activity in Male Rats. This is the type of waves that cell phones emit. An Italian institute put out some similar data on “far field” radio frequency, the type that hits us from other sources such as laptops, your Alexa government-spying-gizmo and the like. So, should you throw out your iPhone and resort to smoke-signals to call in pizzas and check up on your fantasy football results? Well, let’s chat about that, shall we?

I’m a biochemist by training and dig on the scientific method, peer reviewed data and all that jazz, but here’s the dealio, not every damn thing that is linked to cancer in rodents is going to cause cancer in people. Remember saccharin? How about Splenda? There’s this famous test (well famous in biochemist circles), the Ames test, that uses bacteria to see if a certain compound might cause cancer. Okay, it actually tests to see if a compound causes mutations in DNA and then that suggests that if THAT happens, then the Emperor of All Maladies may follow. Back in my undergrad days, I ran the test as part of Biochem 101 and guess what caused the little bacteria to mutate as much as any bad, toxic molecule? The coffee I tried on them as a lark. What does this mean? To paraphrase Lina Lamont in Singin’ in the Rain, “People? Bacteria ain’t people!”

Some stuff (that’s the scientific term, trust me) is definitely linked to cancer in people. I’m looking at you, tobacco and lung cancer, sun rays and skin cancer, and Fox News and brain cancer. However, even then, it’s not a slam dunk that doing the bad thing is gonna give you the bad ending. There are plenty of lifelong, multi-pack smokers that don’t develop lung cancer. They typically still die from smoking related stuff (there’s that term again) like emphysema or heart disease, but interestingly not cancer. Their body has plenty of time to develop it, but it just doesn’t happen. So, do I bring this up to encourage you to go all Marlboro Man? Not at all, just to point out even something totally, completely, 100% known to cause cancer doesn’t always do so.

Now let’s get back to the rats and these two new studies. The one from the National Toxicology Program absolutely shows that, with statistical proof, what they did to the rats caused cancer. Yes, but details matter. One, it was only the male rats, not the females, and none of the mice. Weird, right? Two, it only caused schwannomas of the heart, a super rare kind of tumor, not at all the delicious Levantine street food. While the folks that ran the two studies are not running around slapping cell phones out of people’s hands, they are making some cautious warnings. From their press release earlier this year:

“The levels and duration of exposure to RFR were much greater than what people experience with even the highest level of cell phone use, and exposed the rodents' whole bodies. So, these findings should not be directly extrapolated to human cell phone usage," said John Bucher, Ph.D., NTP senior scientist. "We note, however, that the tumors we saw in these studies are similar to tumors previously reported in some studies of frequent cell phone users."

So, on the one hand, they set up a test situation that doesn’t reflect real life use of cell phones. To my mind, it’s like testing if kids heading soccer balls are at long term risk of brain damage by dropping bricks on the heads of rats. Stephen Chanock directs the Division of Cancer Epidemiology and Genetics at the National Cancer Institute and he’s a bit of a skeptic. He says, “Cell phones have been around a long time. We are by no means dismissing the evidence, and the Ramazzini study raises interesting questions. But it has to be factored in with other reports, and this is still work in progress.”

So after 10 years and $25 million spent, all we really know and all the new guidance will say is that there is an increased chance of a certain type of rare cancer occurring in rats (male) and not mice and no word on humans due to radio frequency radiation. Still that’s enough to merit this warning on the NIH website discussing the study:

My thoughts? I know you want to read them! Look, there are lots of scary things out there. When it comes to cancer and things you can do to prevent it, go with the obvious ones. Don’t smoke, don’t drink heavily, eat a healthy diet, get some exercise and try not to stress too much. I get that the last one is tough with the current political situation, but try, will ya? My final bit of advice when you see a study result like this is, don't panic and always know where your towel is.

Wonkette is ad-free and fully supported by readers like YOU! Tip the people please.