Taxpayers Funding Creationism With Vouchers? The Deuce You Say! 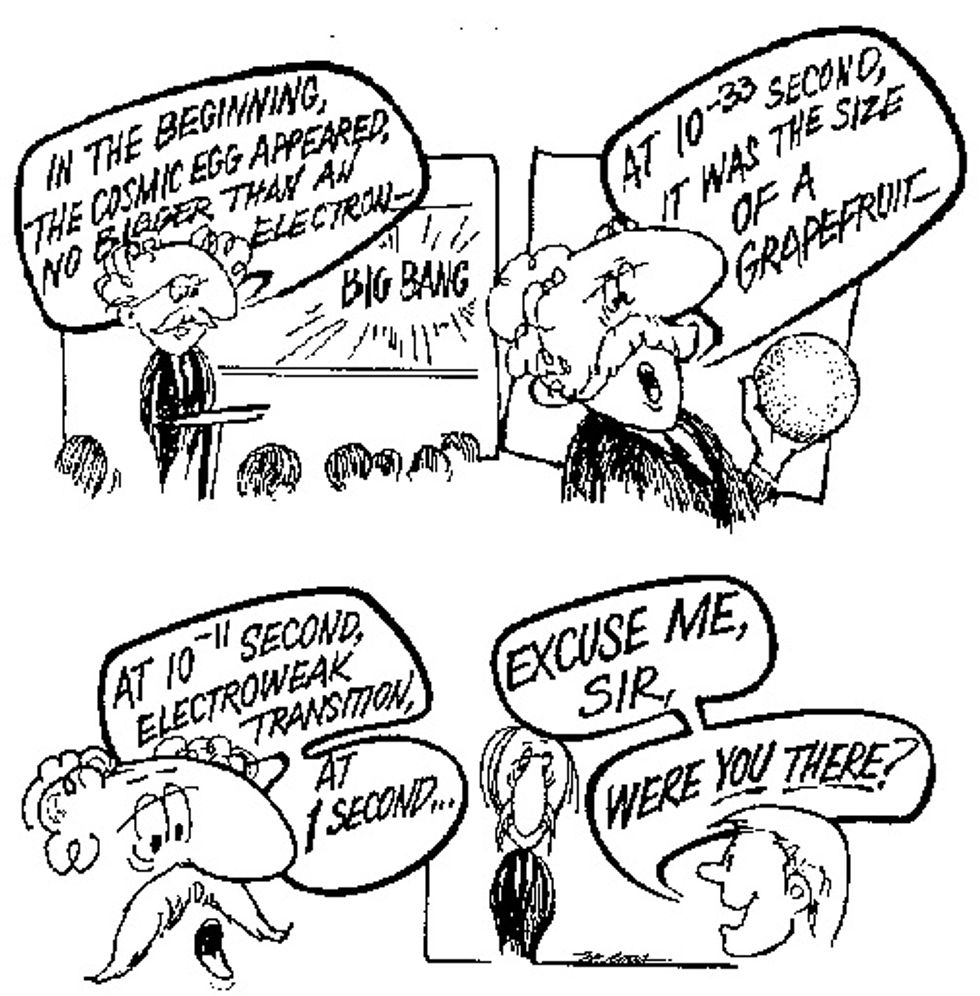 In today's edition of Stuff What You Done Knew,Politico reports that taxpayer funds are going to pay for religious instruction in the form of creationist/intelligent design curricula in private schools, thanks to voucher programs. Nobody could have seen THAT coming, with maybe the exception of everybody. And with more and more states looking forward to "improving" education by expanding the use of vouchers, the $1 billion that taxpayers are already paying for private school tuition vouchers is only going to grow. And a lot of those schools teach that the earth is 6000 years old, that there was s worldwide flood survived by Noah and all the animals in a big hand-built boat, and that science is just a plot by people who hate God.

And there's a hell of a catch, maybe the best there is:

Decades of litigation have established that public schools cannot teach creationism or intelligent design. But private schools receiving public subsidies can -- and do.

Politico looked at "hundreds of pages of course outlines, textbooks and school websites" and found that many of the schools go well beyond simply teaching a literal 6-day creation, and also encourage

disdain of the secular world, distrust of momentous discoveries and hostility toward mainstream scientists. They often distort basic facts about the scientific method — teaching, for instance, that theories such as evolution are by definition highly speculative because they haven’t been elevated to the status of “scientific law.”

Because after all, isn't science just what most people believe is true anyway? If we're a democra... a constitutional republic, shouldn't every perspective be pretty much equal, especially when public funding is involved?

In addition to the stuff you'd expect -- creationism in biology textbooks -- Politico "discovered" that the attack on science is "typically threaded through all grades and all subjects," as anyone who's been following our Sunday series would know -- can't teach about World War II, after all, without insisting that Hitler was the inevitable result of Darwinism. Still, Politico was surprised to learn that

One set of books popular in Christian schools calls evolution “a wicked and vain philosophy.” Another derides “modern math theorists” who fail to view mathematics as absolute laws ordained by God. The publisher notes that its textbooks shun “modern” breakthroughs — even those, like set theory, developed back in the 19th century. Math teachers often set aside time each week — even in geometry and algebra — to explore numbers in the Bible. Students learn vocabulary with sentences like, “Many scientists today are Creationists.”

Currently, about 250,000 students in 14 states are treated to vouchers for private schools, not all of which use this creationist dreck, of course. 26 states are looking at adopting new voucher programs or expanding existing ones, so that number is going to increase, in the name of improving education by giving parents a choice of letting their kids learn mythology instead of science. And in an argument that goes all the way back to the Scopes trial, parents argue that it's only fair that public funds be spent to support an "an education that reflects their values," because insisting that science be scientific is elitist and doesn't respect the sacred individual right to believe that fairies paint the morning flowers with dewdrops.

And here's a big surprise -- the pro-voucher crowd is well-funded and growing, with big bucks coming fom the Kochs and Americans for Prosperity, which has "worked to promote subsidies for private schools in 10 states, including Maine, Tennessee, Virginia and Wisconsin," because Choice, Competition, and Accountability.

A cynical person might almost suspect that the creationist loons have partly abandoned the attempt to get creationism into public schools and are trying to achieve the same ends by funneling money to private schools. The only satisfaction we can take from this is that, so far at least, once the kids who attend these private sanctuaries of ignorance get to college, they start finding out just how badly they've been lied to. Of course, the colleges' refusal to continue treating nonscience as science also leads a lot of them to feel like they're victims of discrimination, and the beautiful cycle starts all over again.

Follow Doktor Zoom on Twitter. He's looking forward to the call for medical schools to give equal time to the "humours theory" of medicine.