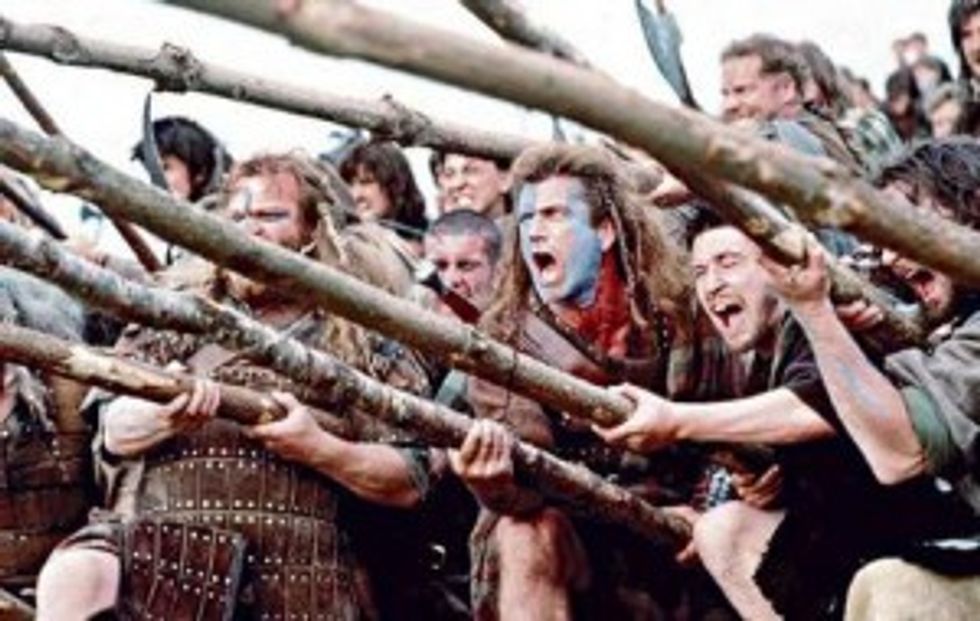 A shrieking horde of Tea Partiers (they do not come in any other format) stormed the National Republican Senatorial Committee offices demanding that it stop supporting GOP senators, which is its job. HOH NOH, we do not want your terrible "moderate Republicans," they cried, especially this disgusting old Orrin Hatch person. (Haha, Hatch is a "moderate" in Utah because he still believes that you should just test welfare recipients for drugs instead of murdering them and has never tried to switch Utah to the gold standard.) Tea Party Patriots are not on board with your elitist, effeminate "polite phone calls and e-mails," so they will just be storming into any office with weak doors to make demands from now on.

From the Daily Caller:

They weren’t wearing face paint, but they said they felt like they were in Braveheart.

More than 50 Tea Partiers, many from Utah, stormed the offices of the National Republican Senatorial Committee here in Washington on Monday to protest the organization’s support of Republican incumbent Sen. Orrin Hatch.

No Republican has yet announced a primary challenge to Hatch, but FreedomWorks, a national Tea Party-aligned organization, has launched a retire-Hatch campaign in hopes of lining up behind someone they say represents the movement better.

Yeah whatever, this is how the Founding Fathers did their democracy, every day. Look it up. [Daily Caller]