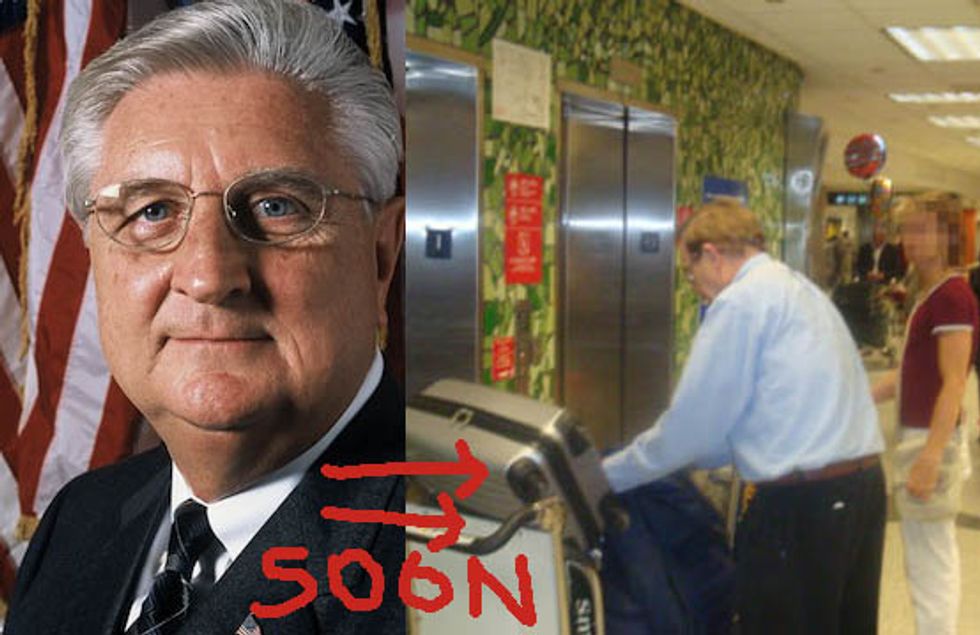 There are only a handful of fairly uncontroversial statements you can make these days, stuff like, "the image of Al Gore making out with someone is gross" and "cancer should have a cure" and "the cruel treatment of children is awful." Oh wait, except the last one, if you are full of rat testicles like Tea Party Nation leader Rich Swier, who says, hey everyone, God made this thing called "peer pressure" to keep kids in line, and those vicious teenagers who beat up on the gay kids? That's just "peer pressure" at work keeping kids from acting gay.Hear that, parents? Peer pressure might be responsible for your teenager using drugs and alcohol, stealing, getting pregnant and making the wardrobe choices of a lobotomy victim, but at least it is dissuading your child from acting all homo.

From a post Swier sent to Tea Party Nation members, via RightWingWatch:

This is not bullying. It is peer pressure and is healthy. There are many bad behaviors such as smoking, under age drinking and drug abuse that are behaviors that cannot be condoned. Homosexuality falls into this category. Homosexuality is simply bad behavior that youth see as such and rightly pressure their peers to stop it. In Sarasota County over 70% of all HIV/AIDS cases are due to male sex with males.

I agree with Gulf Coast Gives that "LGBT youth are up to five times more likely to attempt suicide than their straight counterparts". Homosexuality, like drugs, harms young people if they experement [sic] with it. That is the greatest tragedy.

Whatever, we have no more to say about someone like this. We hope the pictures of him and his rent-boy come out soon, which will just be our new homepage, forever. [RightWingWatch]