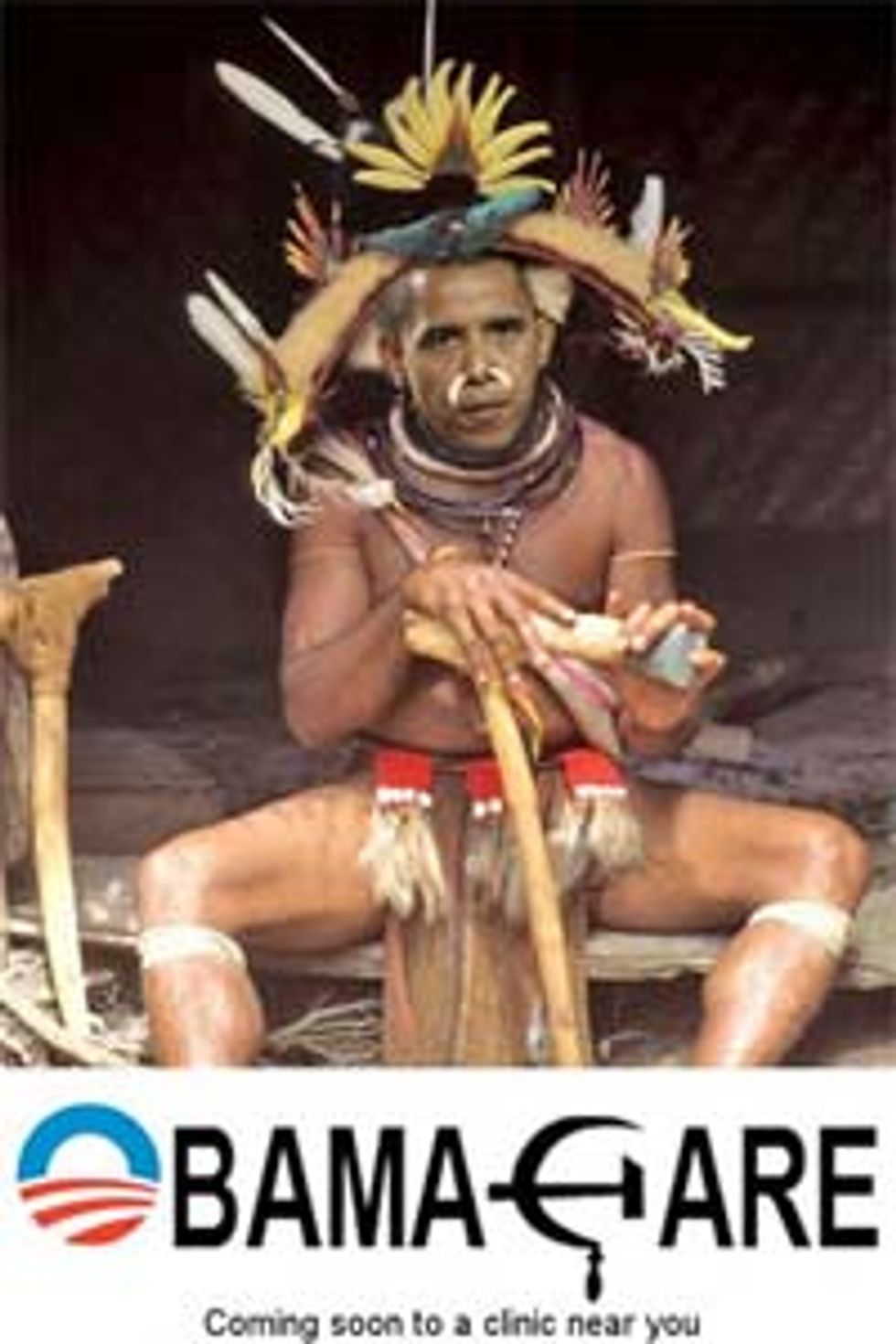 The great legal mind of New Jersey Assemblywoman Alison Littell McHosehas concocted possibly the best idea yet for blocking terrible "Obamacare" health care refom laws in her state: she will simply write a law sending anyone who tries to uphold the health care law to jail! There, it was that easy! She will just make obeying the law illegal, like any rational person would do. She is of course one of those zombie Internet-reader Tea Party lawmakers, meaning that like most of them, her idea of "writing a bill" is just lifting some words from a Tea Party website called the Tenth Amendment Center, which has been pushing similar logic-free "outlaw the laws" bills in other states.

Somehow, "lawmaking" and the Constitution are very ironically completely separate spheres in the minds of Tea Party legislators, who think that the process of making laws is about copy-pasting someone's internet rant into a legislative proposal when they don't like something the federal government does.

McHose’s bill was copied almost verbatim from one offered on the Web site of the Tenth Amendment Center — a group that says the federal government should have very limited authority over states, and that states should be able to nullify federal laws when they feel the government has overreached.

Richard Luzzi, president of the Morristown Tea Party, said the penalties were needed to give the bill some heft if signed into law, and noted that the prison time was at a judge’s discretion.

"I think it’s the only effective way that I can think of off the top of my head to enforce the legislation," he said.

Yeah, hey, "off the top of my head" is usually how lawmakers should try to govern! They should scan the news each morning, freak out about anything giving people basic access to health, education or safety and then write the first thing they can think of trying to prevent any of those things from happening onto a bill which they can email IN ALL CAPS to everyone on their contact list, for voting. DEMOCRACY IN ACTION. [NJ.com via RawStory]