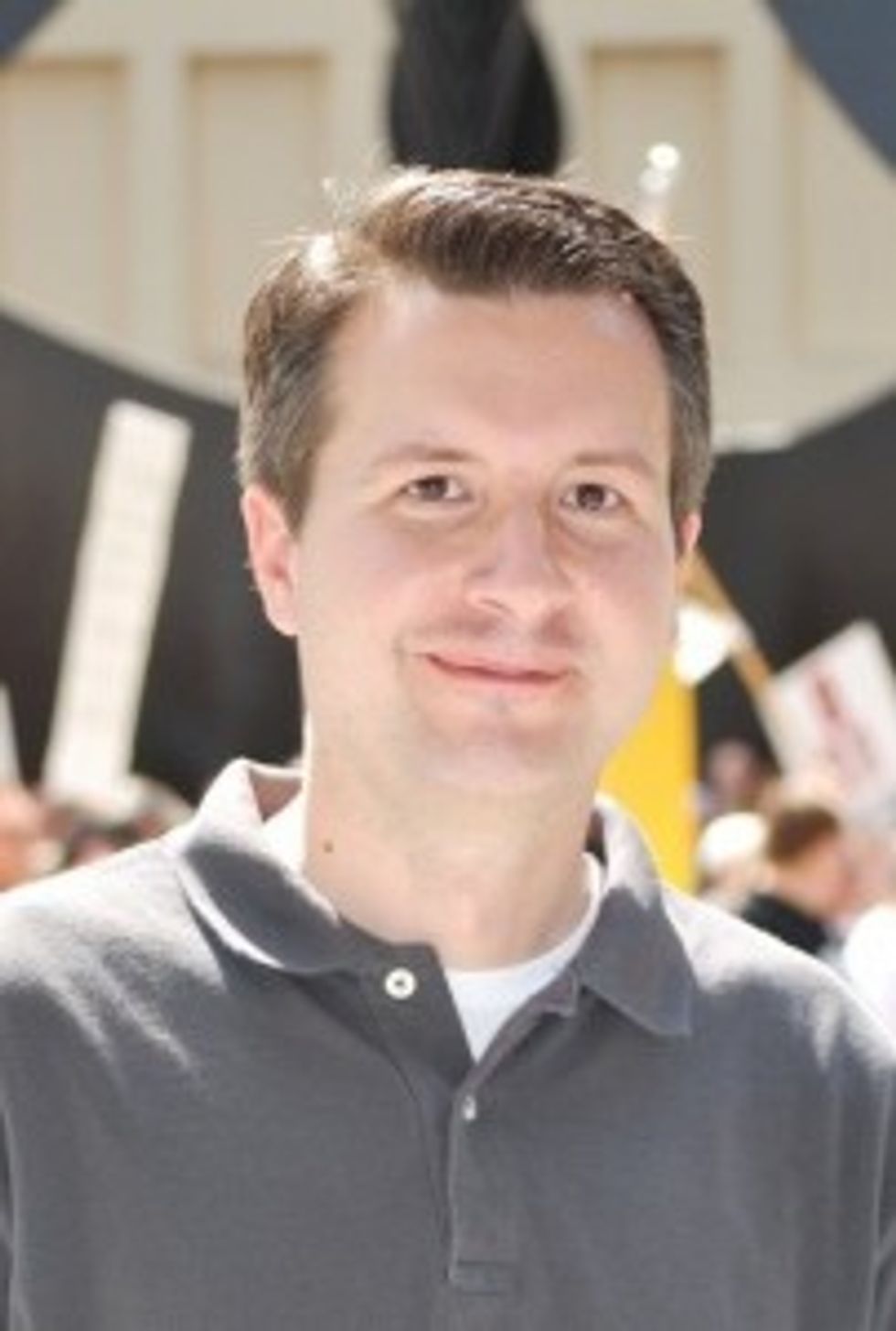 Chicago teabagger organizer-goon king Steve Stevlic mysteriouslywent AWOL at his own TEACON lunatic festival that he put together this weekend after Gawker reported that he was arrested in 2010 for being a hooker-sex fiend who also, like all such "family values people," compensated by screaming profusely at a Democrat sex cheater on Twitter. Neat how that "moral math" works, right? Despite having absolved himself thus, Stevlic was still a no-show at his teabagger demon circus, so from now on what we can all say about Steve Stevlic is that he loves sex with prostitutes more than he loves patriotism. Stevlic meanwhile meekly sent out a lecturing "official statement" from his hiding cave compound asking what everyone's problem is, why care about a silly sex scandal more than "issues," etc. Except that judging from our daily Google News homepage, sex scandals are actually the Only Issue that America cares about. So, uh, good luck with that argument, Steve!

TEACON 2011 organizer Steve Stevlic did not attend the second day of the conference he helped organize amid a report on Gawker that he was arrested for soliciting a prostitute.

The arrest occurred more than year ago in June 2010, Tea Party officials stated.

"My family and I dealt with this matter and we've successfully moved forward in our relationship," Stevlic said in a prepared statement. "The charges surrounding this incident were dropped against me over a year ago and with all the issues we are facing in our country right now, I'm not sure why this deserves a headline."

Chicago Tea Party spokesperson Eric Kohn said the issue was an "internal matter." When asked if Stevlic had resigned from the Tea Party, Kohn had no comment.

And absolutely NONE of this reporting does anything to resolve the most important issue, which is whether this was a gay hooker or just a boring old lady hooker. AMERICA NEEDS TO KNOW. [Patch/Gawker]