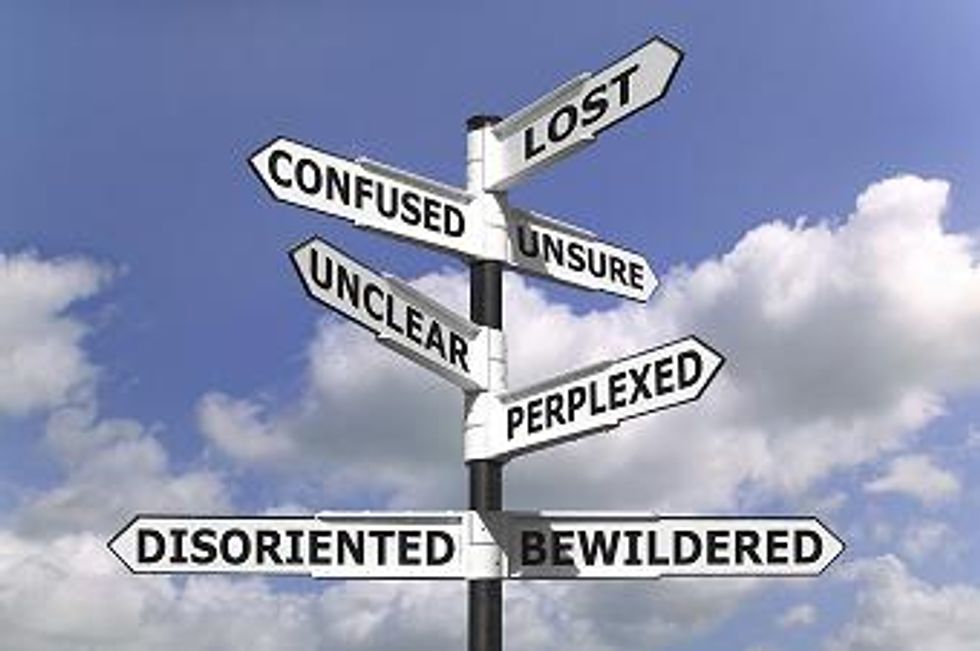 There was a pretty bad shooting on Friday, and the only thing anybody can talk about is Why It Happened. Logical folk (i.e. us) have been saying it probably had something to do withguns and mental health, but people who don't want that to be true have been saying there isn't any evidence for it, despite all the evidence for it.

In their stead, however, they have been providing all sorts of other factors that are much more obvious, and do not require evidence. This is lucky because they do not have any.

The gun-massacre by the guy with seriously questionable mental health was not exacerbated by guns or mental health care, see, it was abortion pills, obviously. Also to blame: children who do not bum-rush gunmen, because they're stupid. Also, courtesy of Mensa Brain-Astronaut Glenn Beck: Fisher-Price toys. DEFINITELY NOT GUNS.

But there is more. There is sooo much more, and it was decided by Tea Party Nation, so you know it's real, and not a petty, steaming pile of Puritanical extremist propaganda that travels so far afield from the issues at hand that one can't help but wonder what they think the issues actually are. Tell us, Tea Party Brain Timothy Birdnow, what are we to do, to stay not dead?

Homeschool. Take away the power of the radicals in the classrooms. Makes your kids safer, too.

Yes. Guns are not the problem, leaving the house is the problem. That's where they shoot people! And teach evolution!

Back Right to Work legislation for the public sector. Teacher’s unions have helped cement much of this in place. As long as we have group think in the classrooms we will never see the end of this.

There was a shooting! DESTROY UNIONS. This is a real thing. This is a serious thought. Why, Birdnow? What is the "this" we will "never see the end of"? Why are unions so bad?

There was a time when teachers actually spanked children; now a teacher is in peril if he verbally chastises a bad kid.

Ah, cool. Destroy the unions, they are preventing children from being beaten in public, and this is causing school shootings. Next tip:

Again, a polite reminder that this is a real thing that people believe with their brains. The way to prevent mass shootings is to tell people to pull up their pants, because if we stop putting up with bad behavior, people will magically stop using murder machines to murder.

(Also, about that car stereo thing: A man in Florida (of course) confronted some teens about their loud stereo. They started arguing with him, so he killed one of them with... wait for it... A GUN.)

The idea of restoring standards of right and wrong never occur to anyone on the Left. Last night on television a reporter referred to the shooter’s “damaged mind and broken soul” as if he were somehow a VICTIM! In the old days we would not call this anything but a heinous crime, a horrible mass murder of innocent children.

Translation: "You know what I miss? The days where we didn't understand mental illness and just electrocuted people. We should do that still. Fuck 'em. Let's get mad."

The next one is a doozy:

Work to devolve power back to the parents, the local officials, and the communities. A society that is top-down will inevitably lead to alienation of the sort we have seen here... As an FBI profiler said on television last night, he undoubtedly felt powerless and sought to remedy that. Why does a twenty year old feel powerless? He could leave his mother’s home at any time at his age. He feels powerless because he has lived in an over-bureaucratized society, one run ultimately from a far-away central location.

(Just to make sure you're following: The implication here is that a man shot up a school because of a centralized government.)

He has been coddled all his life, given free rein to indulge his senses but not to face the responsibilities that freedom necessitates. He was an eternal juvenile, a child who was not allowed to grow up. He lived in a world of the Progressives making, not in reality.

Progressives made this young man feel helpless. It's only logical! If we were more focused on states' rights, he would have felt magnificent, and free, and would have been not as shooty. Again, IT WAS NOT GUNS OR MENTAL HEALTH. REALLY. IT WASN'T.

On to the most logical cause of shootings:

Restrict the sex in movies, television, on the internet.

There is a reason why young people commit these sorts of crimes, and sex plays no small part. Their passions are eternally inflamed, and they wander the Earth with no outlet for their overstimulated glands.

[I]t has traditionally been understood that a sexually robust individual will fight harder and more aggressively... Even if they were to live promiscuously (a very bad thing for society) they still cannot find adequate outlets for their passions, which have grown to titanic volume.

The only answer is to follow the other societal coping mechanism, which is to tone down the sexual stimulation, encourage chastity and modesty.

OK. OK this blog post has to stop. It's too much. It is too much stupid. The next item on the list is how Trayvon Martin probably got himself shot because of marijuana, and after that... oh. Oh man here comes another blockquote:

Support the creation of local organizations to act as “neighborhood watch” for schools. Had George Zimmerman been at the front door instead of some mechanical card reader those children would still be alive.

I can't feel my legs. It's too much. The room is spinning. School shootings happen because there are not random, armed civilians at the door. And the only people against this would be unions.

I have to stop. I can't write anymore. It hurts. My face hurts, what's wrong with my hands...

10.Go back to church. We need God more than ever, need prayer.

OH GOD. STOP WITH THE BLOCKQUOTES. It hurts, it hurts. We get it, it wasn't guns. It was anything but guns. Literally anything. Does anyone have an inhaler?