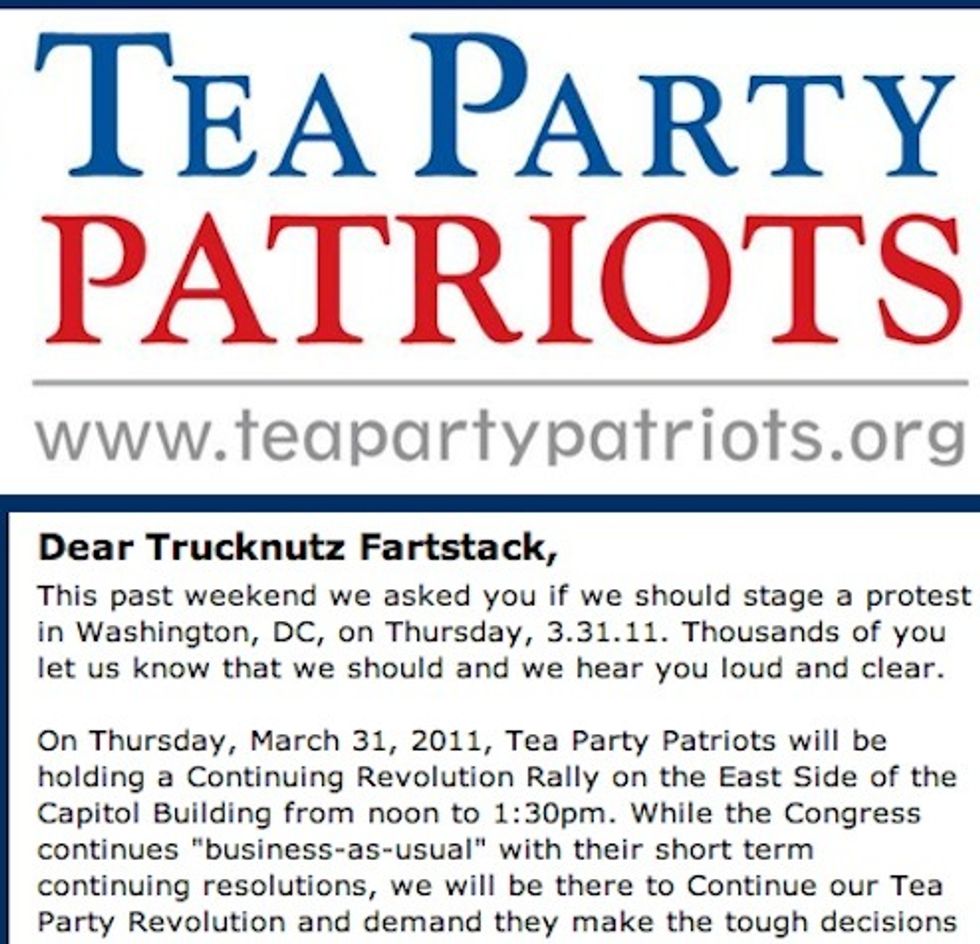 America's greatest political movement, Sketchy Old White People Driving Their RVs Around On Government Checks, have decided they just can't quit Washington -- so they're coming back for yet another rally. We are super happy to still be on their mailing list.

Thursday, March 31: Never Forget! Why not the weekend, like usual? Well, when you don't work for a living there's no need to wait for the weekend! Or, as Justin Bieber's parents used to sing, "Everybody's workin' for the weekend, everybody but olds on SSI!"

Shall we have an equally lame "Wonkette Gay Freedom/War On War/Sex Thing/Lunch Picnic" at the same time? The Tea Party Patriots inform us that they've really organized nothing at this point, so we can really "set the agenda." For example, maybe we should make it a "Paintball Competition," for freedom.