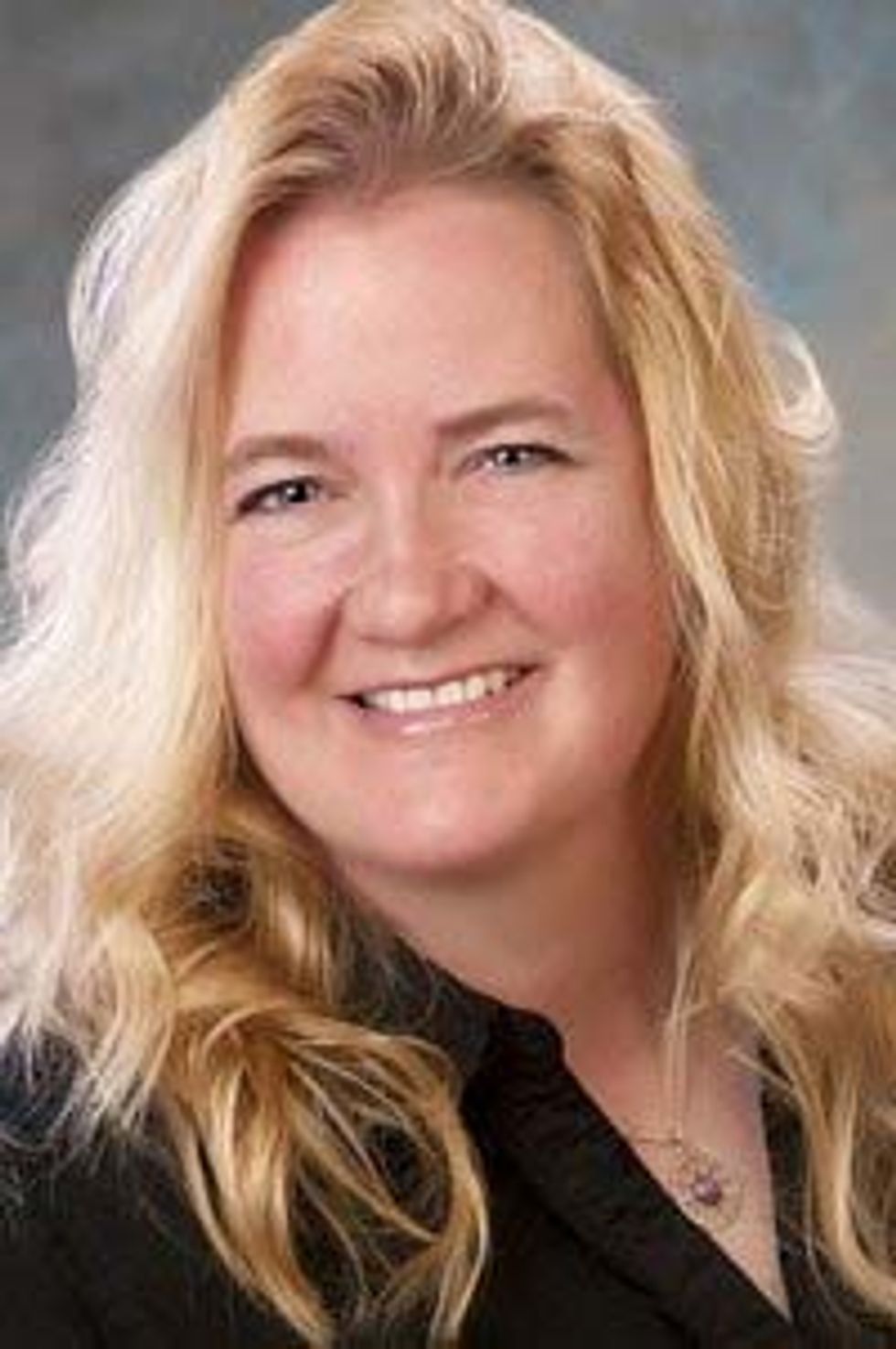 If you follow American politics and you have a soul, one of your least favorite phrases is some variation of "forced down our throats." This is generally used to imply that some law or regulation has gone into effect as a result of an election in which the winning side received 52 to 56 percent of the vote, as typical in a democratic system (e.g., "This health care reform has been rammed down our throats"). It is occasionally hilarious when it involves gayness (e.g., "The tyrannical courts are shoving gay marriage down our throats") because it makes it clear how much the speaker thinks about hot cocks and the deep-throating thereof. But it's almost never used in a political context to describe the sorts of things that might actually enter a person's throat (i.e., food) -- until one brave teabagger candidate for the Montana legislature dared speak out against this communist "healthy eating" craze.

Kristi Allen-Gailushas is running for state office in Montana, and she's got something to say! And so she has chosen the official American soapbox: a long, rambling letter to the editor of her local free weekly newspaper, the Queen City News. In the midst of her extensive rant about the tyranny of the new proposed local school curriculum, there is this amazing paragraph:

The section about nutrition is not the responsibility of the school to teach. This is something taught in the home. The proponents like to say our schoolchildren are obese. By whose standards? Every child is different. Kids are short, tall, skinny or bigger. Who sets the standards for obesity? Whose business is it if some kids are a little overweight? They also want to teach proper portion size in a meal. Who sets those standards? This is no one’s business to teach outside of the home. I am tired of health and nutrition being forced down our throats day in and day out. If I want to take myself and my family to eat pizza four times a week and have McDonald’s the other three days of the week, that is no one’s business but my own.

Yes, Kristi, Michelle Obama would like nothing more than to come to your home, where you teach your family about how McNuggets are fucking delicious, and literally force health and nutrition down your throat, in the form of arugula and other fancy foods that aren't made entirely out of processed corn byproducts. They also set the portion size standards tyrannically, so that every American will be forced to eat meals that are no larger than a quarter, like at a comical French restaurant in a sitcom.

Anyway, Allen-Gailushas is also predictably incensed about a new sex ed curriculum (“in second grade, kids are taught not to make fun of people by calling them 'gay' or 'queer'" -- MORE PRECIOUS FREEDOMS UNDER ATTACK), so maybe she's also using "forced down our throats" in the "hot cocks" sense as well. (Except she's a lady, so that wouldn't be gay? Hmm.) [Queen City News/KXLH via Montana Cowgirl]