Teabagger Rep. Jason Chaffetz Says Only He Is Sexy Enough To Be Next House Speaker 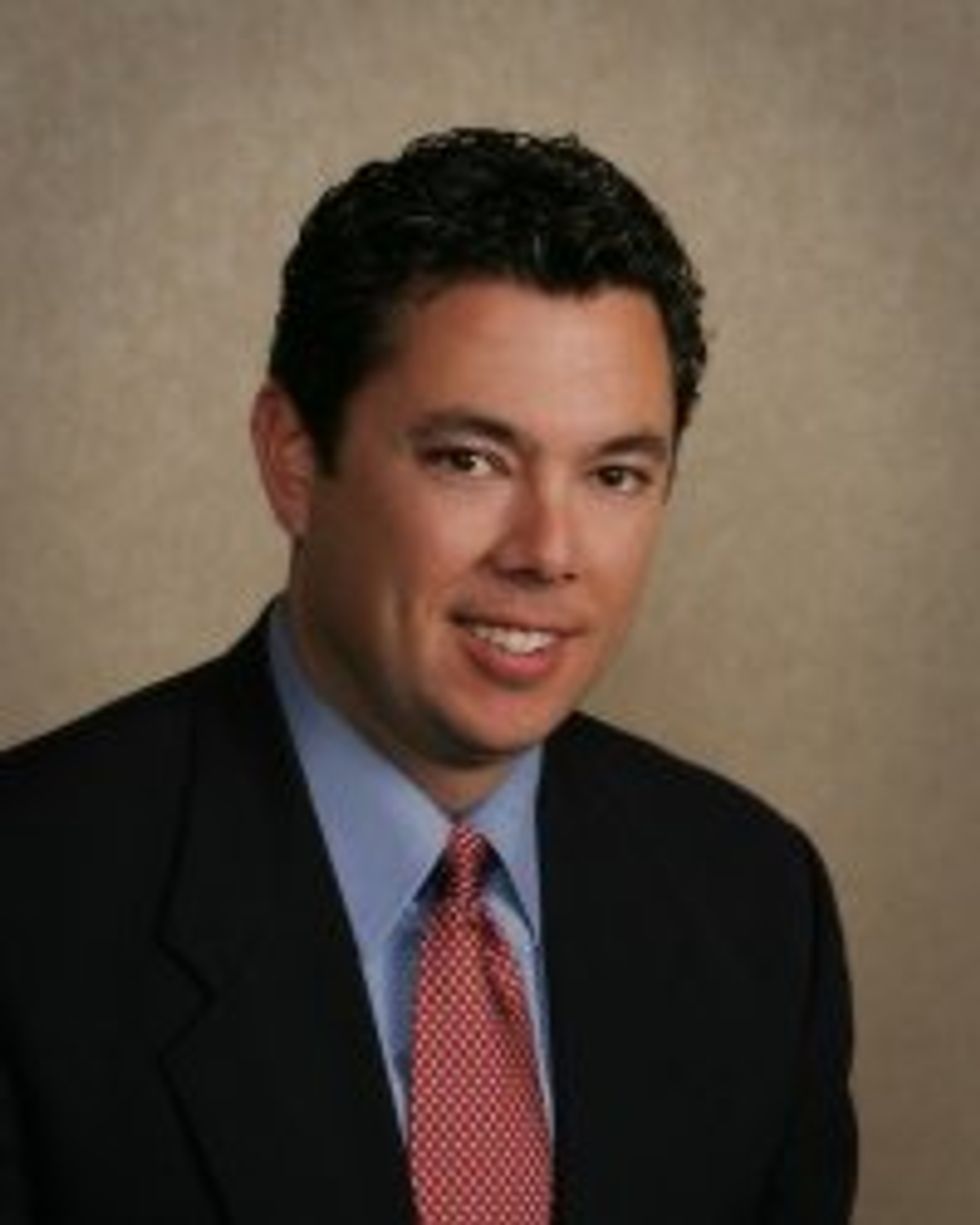 Ever since House Speaker John Boehner announced his October surprise at the end of September, probably because he was too drunk to read his calendar, Republicans have been whipping out their boomsticks to see whose is big and bad enough to be second in line to the presidency. While we already reported to you the conventional wisdom that says House Majority Leader Kevin McCarthy will win the thankless job of routinely begging Nancy Pelosi to please help him keep the government from shutting down, we also covered our ass by saying that might not happen, and also both sides do it, some say, anonymous sources. JOURNALISM! All the Pulitzers, please.

No sooner was McCarthy measuring the drapes in the speaker's office and calling movers to have the tanning bed removed than he stilettoed all over his own dick by oopsie-daisy admitting what we all know: The real purpose of the House Benghazi Committee To Convict Hillary Clinton For Doing Benghazi And Maybe Also Killing Jesus, For Good Measure -- officially the longest congressional investigation in history now, longer than 9/11 and Watergate and how come Planned Parenthood keeps doing healthcare to ladies and the nation's epidemic of mass shootings (just kidding, LOL, like that's something Congress would ever investigate) -- is really about trying to destroy Clinton's presidential chances.

So, since McCarthy was dumb enough to say out loud the kind of thing you're only supposed to whisper to your friends when the camera isn't rolling, selfless Utah Rep. Jason Chaffetz, a Mormon teabagger hero who successfully abolished all the taxes and all the government exactly as promised, has allowed himself to be drafted into the race for speaker, by the throngs of people he can't name who are just begging him to please do the job.

Chaffetz isn't only the preferred choice of the anonymous silent majority; he is also the sexxxiest most hottest ready-for-his-close-up option, which is a lot more than some people named Kevin McCarthy cay say, ooh snap, shots fired, shade thrown:

I'm arguing that one of my strong suits is actually going on camera and going before the media and making the case to the American people. I think everybody has plusses and minuses.

No offense to Kevin McCarthy, of course, but wow did he make a fatal flaw by confirming what everyone already knew about the Benghazi Committee. Not that Chaffetz wants to say anything bad about the guy, heavens no. But when Joe Scarborough asks him if he's better than McCarthy and making sexy bedroom eyes on TV, well ...

“I think so,” Chaffetz says. “Yeah, I think making the case to the American people, and communicating -- I want a speaker who speaks!”

Yes, the Republicans in the House have put up with a dumb mute long enough. Time for a speaker who opens his mouth and makes words with it. Chaffetz for speaker!

Does Chaffetz have other important skills that make him the most qualified wingnut for the job? You betcha he does. Why, just last week, during a day-long grilling of Planned Parenthood president Cecile Richards, Chaffetz demonstrated how he can read charts and graphs real super good:

What's wrong with this picture?

Chaffetz waved around this graph as evidence that Planned Parenthood performs abortions, which is true and legal, thus proving that having a hearing on whether Planned Parenthood does this thing it does, which is legal, is a ginormous waste of everyone's time and taxpayer dollars. But Chaffetz, who insisted his ridiculous chart was from Planned Parenthood itself, is not even good at reading, because the chart was created and provided to him by the anti-choice group Americans United For Life, like it says right on the chart, right there on the bottom, you can see it with your own eyes, and you'd think Chaffetz would be able to as well, so he is either bad at reading or just a lying dick. Or both. Could definitely be both.

There's a much bigger problem, though, with Chaffetz's graph that's supposed to prove Planned Parenthood is bad evil wrong for doing abortions, WHICH ARE LEGAL. See how the number in the top right corner is actually much smaller than the number in the bottom right corner? That's not how graphs work, so it's clearly intended to make you think that abortions far exceed other services when it is clearly, MATH FACT, the opposite of that. That the graph is completely meaningless, and an insult to every human being person who can understand the most basic elements of how do graphs work, did not stop Chaffetz from dicking all day long at Cecile Richards and Planned Parenthood in general, with all kinds of made up nonsense things that aren't true. Which proves, like he said, that he is real good at speaking -- right out of his own asshole.

Based on this equally scientific chart, it looks like Chaffetz has a great chance at winning the speakership:

What are some other fun fact factoids about the guy?

Also, Chaffetz also has his own "I met Ronald Reagan, and he turned me into a Republican" story. And no, he never got better.