Teabaggers To Feign Death In Senate Offices, Because Of Whatever 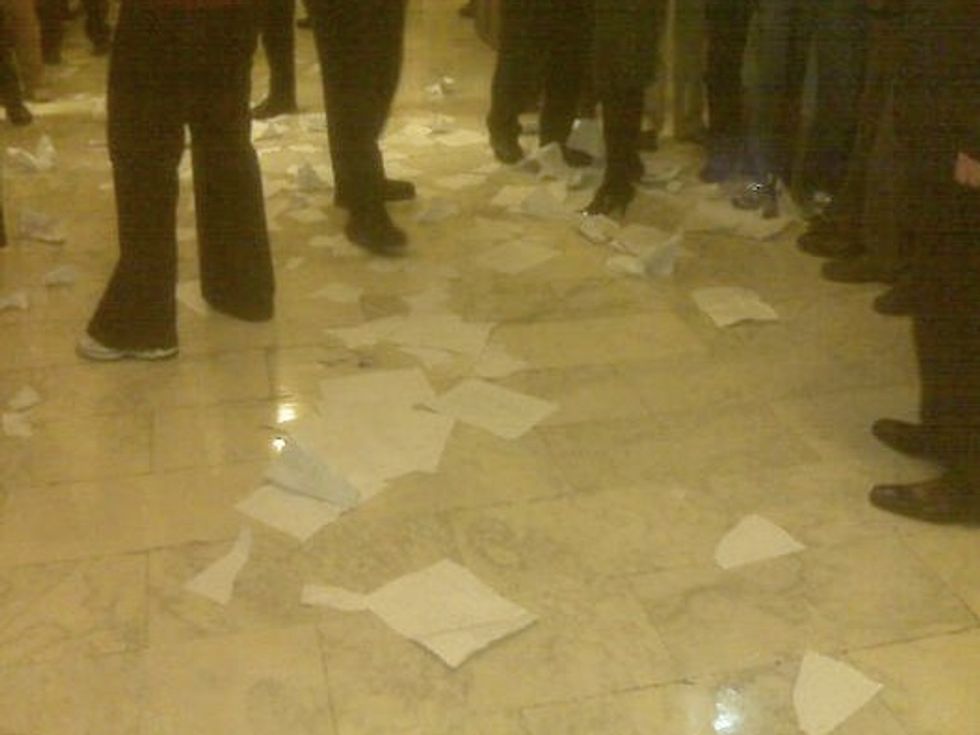 It has been over a month since Teabaggers from across the nation visited Capitol Hill totear up physical copies of legislation and sit around Nancy Pelosi's office like schmucks, because of her plans to create another Dachau. But next Tuesday it will be the Senate's turn! Folks'll walk into Senate office buildings and pretend to die, because they're pussies, and won't die for real.

So here’s the plan. On Tuesday, December 15 at 8:45 AM thousands of us will meet in Washington, DC at the fountain in Upper Senate Park. From there we will march to the Senate offices, go inside, and demonstrate our opposition to the government takeover of health care. We call this plan “Government Waiting Rooms”. The intention is to go inside the Senate offices and hallways, and play out the role of patients waiting for treatment in government controlled medical facilities. As the day goes on some of us will pretend to die from our untreated illnesses and collapse on the floor. Many of us plan to stay there until they force us to leave. A backup location for this demonstration will be announced if they block us from entering the offices.

This should be pretty funny. Probably a good 75% of Senators will see presumably dead bodies on the ground and do what they usually do, which is try to fuck them before they go cold. Try keeping your death gag up during that, lie-mongers.