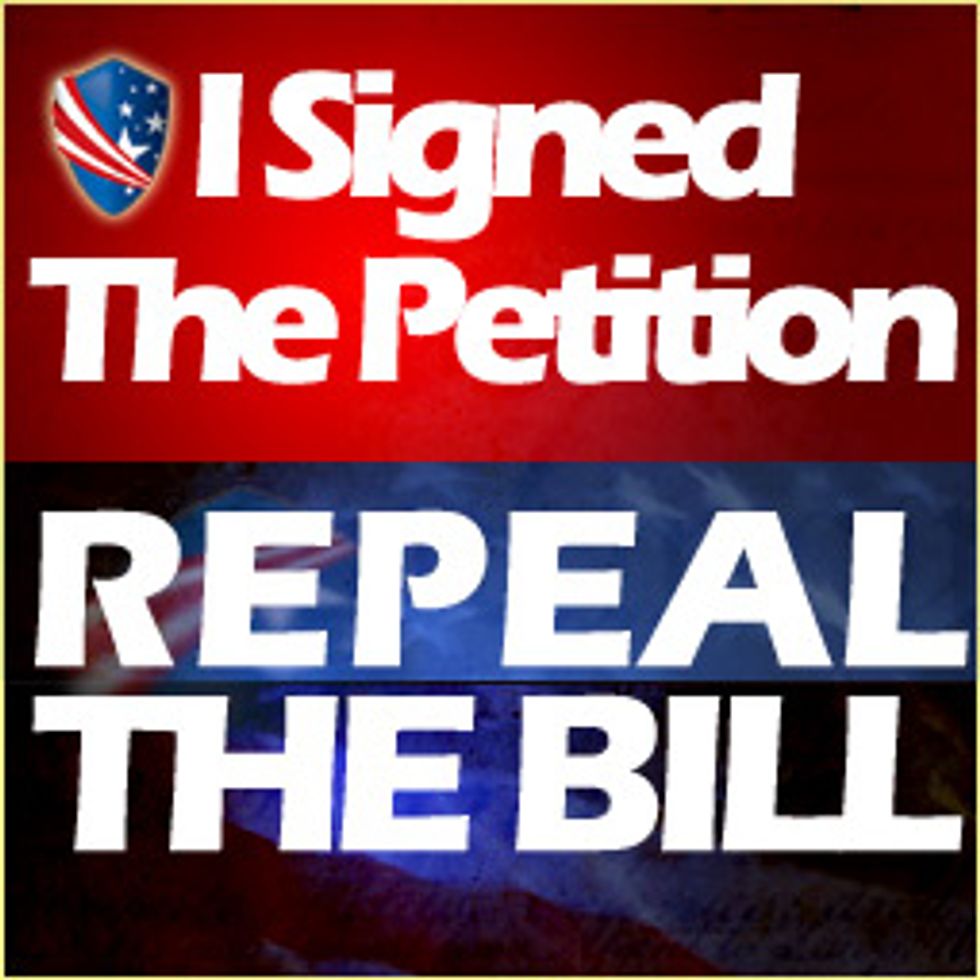 Oh boy guess what? The Teabaggers figured out a magical way to REPEAL the not-yet-signed Health Care Reform Bill. But does it require getting up off your fat fucking lard ass and turning away from the 'puter for a moment? Not at all! And is it potentially effective, or even loosely based on American Democracy or the much-loved but never-read U.S. Constitution? Nope, not at all! Let's do this thing.

Step Two: Help get 1 million signatures by sharing with everyone on your facebook pages.

Yeah, uh ... okay! We did it. So should you! Just sign your "name," pick some zip code that "sounds good," and you are officially on this Historical Petition, which will return health care to those who deserve it: rich people who wouldn't let a teabagger clean their toilets ... as soon as Federal Law can be overturned by an online petition, which we're pretty sure happens next Thursday afternoon.

ALSO: This Tea Party Patriots appears to be some kind of ACORN/socialism thing? Look at the bottom of the website, and this is what is says:

Tea Party Patriots, Inc. ("TPP") is a non-partisan, non-profit social welfare organization dedicated to furthering the common good and general welfare of the people of the United States.