Team Sarah Worried That Fox News Is Becoming Anti-Palin, Not Sure Where They Will Get Their News Now 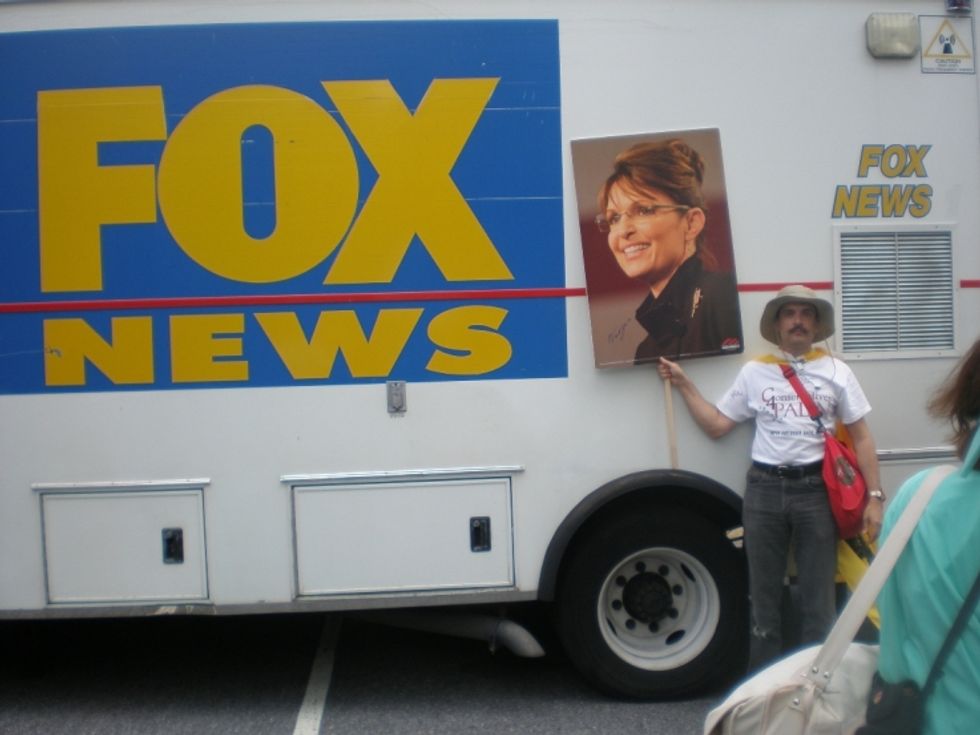 Team Sarah knows that the only place truth can possibly exist is in their teevee box, when it's tuned to Fox News. But what happens when Fox News talks about Sarah Palin and it's not in the religiously masturbatory way they do at Team Sarah? Is Fox News starting to HIDE the truth that Sarah Palin is your best friend and a national hero who speaks the word of God Himself?YES, Fox News has "gone RINO." "Frankly I hate the Fair and Balanced pretense they pull ever day," writes USMCOoorah. "If I want liberal sided opinion it's everywhere, I don't want Fox injecting it into my viewing pleasure. ruining my viewing pleasure." Gross! Stop injecting that liberalism into his pleasure! He just wants slow motion video of a pregnant Sarah Palin 24/7.

More from USMCOoorah, who has a splashing dolphin as his avatar:

Just watching the repeat of Hannity beginning now so can't say that I have this evening. I have thought though that Fox is the only Station I can listen to to get conservative talking head input. That is not total though. Shepard Smith is a liberal POS, slants his news to the left constantly with his personal opinions, certain reporters do too. Geraldo, Juan Williams, there are others I can't recall them right now.

Fox has a lock on the Conservative viewers, they know it, we know it, what are ya gonna do?!

I like Palin a lot. If Fox starts disrespecting her, I can be very selective in who I watch and change the channel as will millions. I do not watch O'reilly anymore unless he has a host filling in for him. Don't watch the RINO Huckabee, he makes me sick.

USMCOoorah will probably have to keep Team Sarah permanently up on his WebTV from now on. No way he can turn on the satellite dish and chance hearing an opinion that is not even his own. That's disgusting!

Suzette Rodgers on the anti-Paliness:

I think Bill Oreilly has always sounded this way.

Not Bill too! But he of all people should love our Sarah!

I think it's always good to remember that Fox News is not a conservative network per say, it just gives conservatives more of a voice. Maybe that is too subtile a distinction. Carl Cameron is one of the primary guys to do hit jobs on Sarah. On Fox and Friends this morning they had governor Hucklebury on talking about how he endoursed Miller, and very modestly, when Sarah was mentioned, he said that endorsements weren't really all that important. Imagine that.

CONSPIRACY. Fox wants Huckabee, not Sarah, to be elected president because Huck is under contract and will have to spend his entire presidency on air if they tell him to.

Finally, runsarahrun gets to the bottom of it:

They're probably jealous of the attention she gets. TV personalities have huge egos.

Even our Fox News pundits can have huge egos? This is crazy talk. [Team Sarah]